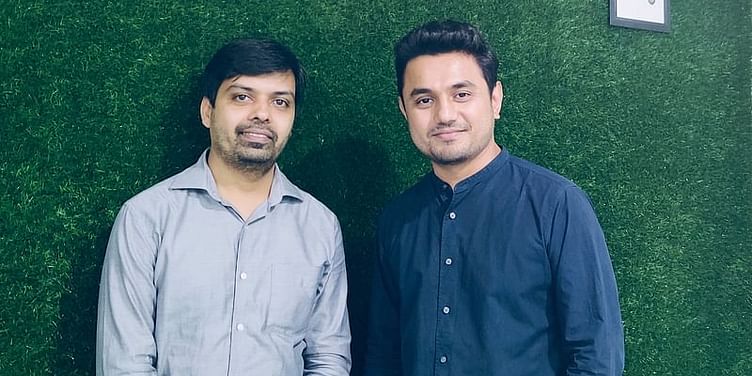 GetVantage, an alternative funding platform for digital-first businesses, works on a revenue-based funding model and takes a cut of a startup’s revenue, in lieu of equity. Its portfolio includes Power Gummies, Flo, Dr Sheths, and Slay Coffee, among others.

Raising funds is a big challenge startup founders have to grapple with in the course of building and growing their businesses, especially when it comes to discussions around equity cuts. Instances of founders losing control over their own company as they grow — and the company ostensibly straying away from its mission as stakeholders exert control — are a dime a dozen.

Not wanting to part with a lot of control in their own companies leads to founders missing out on valuable funds and time they could have used to scale.

Enter revenue-based financing — a concept that is slowly taking the startup world by storm. Revenue-based financing is where the funding company takes a small cut of a venture’s future revenue stream as a flat fee, in exchange for growth funds. There’s no equity dilution involved, nor is there any debt of any kind — win-win for the startup looking for quick funds without the long, arduous pitching process.

Mumbai-based ﻿GetVantage﻿, founded by Bhavik Vasa and Amit Srivastava, ex-founders themselves, is one such company.

GetVantage provides revenue-based financing to growth-stage startups. It uses a proprietary machine-learning-based credit decision engine, and a deal management system to evaluate and gauge a startup’s future revenue performance, and offers a term sheet based on its findings.

“Today, the VC model is somewhat broken and really based on who you know. Founders become dependent on the quality of their networks to make the right introductions to investors and can spend months courting them, only to be turned away,” Bhavik tells YourStory.

“What’s worse is that those who do manage to raise equity funding are selling control and diluting ownership, which only increases as the business is more successful. That’s not right,” he adds.

GetVantage is Bhavik’s answer to expensive equity asks and personal connections that could result in biased funding activities. By taking personal connections out of the equation, he aims to democratise fundraising, as well as ensure that the most deserving founders and solid businesses receive the funds they need to get to the next level.

Having co-founded a fintech startup, Radical Payments, himself, Bhavik says he knows the troughs and crests of the entrepreneurial life, and he wants GetVantage to be recognised for more than just its cheque-cutting abilities.

He says he wants to build an ecosystem that understands the dreams and aspirations, as well as the setbacks of a founder. GetVantage, therefore, is positioned as a company built by founders, for founders.

“GetVantage was created to be a true founder’s platform, built by founders (and operators) for founders. We aren’t ex-investment bankers, or analysts — we are veteran entrepreneurs designing a better way for the ecosystem to thrive. With GetVantage we’ve introduced a frictionless funding alternative that is founder-friendly and transparent. We aren’t disrupting, but we’re reshaping the landscape of venture finance in the favour of founders,” he says.

The startup makes good on its founder-first philosophy in the way it invites and processes funding applications — instead of networking, pitching, coming back with answers and then negotiating, GetVantage asks startup founders to simply plug their digital marketing and revenue accounts into its platform, following which its proprietary credit engine conducts a thorough analysis to gauge the company’s future revenue stream.

If a startup’s metrics ticks all of GetVantage’s boxes, it generates a term sheet — which can happen in a matter of few days, as opposed to months, commonly seen when raising institutional funding.

“The financial stress that comes with fundraising can be a significant distraction for first-time founders and young entrepreneurs. Revenue-based financing eliminates a lot of the stress and friction from the traditional fundraising process, allowing business owners to focus on growth and let providers like GetVantage provide the capital,” Bhavik says.

Beyond capital, GetVantage helps its portfolio companies access over 25 operational services that can help them streamline their operations. Its FoundersForFounders.org initiative connects founders with each other so they can form a strong network, as well as reach out for troubleshooting, advice, and more when needed.

As with most revenue-based financing services, GetVantage takes a cut of the revenue generated by companies it provides funding to. It charges a 6 percent flat fee on the capital raised, which is paid from the startup's future revenue.

Funding ticket sizes vary between $25,000 and $250,000, and don't require any equity dilution, board seat grants, warrants, hidden fees, personal guarantees, or prior connections.

The one, overarching criteria the startup does hold of utmost importance is the business should be digital-first — otherwise, the startup is sector-agnostic.

The startup completed its seed round from Chiratae Ventures, Dream Incubator Japan, Samyakth Capital, and a host of other prominent angel investors. It has raised nearly $5 million in funding so far, and is currently in active discussions with global investors.

“For too long now, the industry has chased a pipe dream - grow fast, grow at any cost, and hockey-stick curves. But it’s time for that to end and we need to drive that change by example,” Bhavik says.

GetVantage’s competitors include ﻿Klub﻿, Velocity Finance, and ﻿N+1 Capital﻿, among others.

The Indian startup scene is at an important inflection point currently, with investors from across the world pouring in. In the first half of 2021, Indian startups raised nearly $10.15 billion, across 543 deals, and from 1,020 active investors. With a huge government push, as well as the encouraging IPOs of some landmark Indian startups, the ecosystem is poised to continue growing, providing lucrative opportunities for companies like GetVantage.