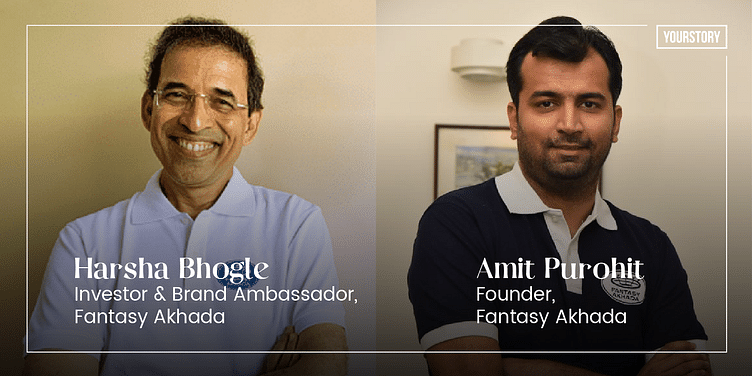 Harsha Bhogle-backed Fantasy Akhada, which launched in January 2020, has held 12.5 lakh daily contests on its platform. Riding on the ongoing IPL, it is targeting annualised gross gaming revenues of Rs 100 crore by the end of 2021.

In the last 24-36 months, few industries have evolved as much as fantasy sports.

The upsurge began in early 2019, with Dream11 becoming India’s first gaming unicorn, almost validating the industry that is expected to be worth $3.7 billion by 2024.

In the past decade since ﻿Dream11﻿ (which holds 85-90 percent market share) launched, the industry has witnessed a 700 percent increase in fantasy sports operators and a 2,500 percent rise in fantasy gamers, as per a study by KPMG and Federation of Indian Fantasy Sports.

While Dream11’s overwhelming market share — or what one founder described as a ‘David-versus-Goliath’ situation — has been hard to erode, several new entrants have made their presence felt. Coupled with the pandemic-led surge in online gaming, these operators have been noticed by both users and investors.

﻿Fantasy Akhada﻿, which launched in January 2020, is one such platform.

Like all other fantasy sports apps, it offers multiple leagues in cricket and football.

“We have every major and minor league of the world listed on our platform. Anything that is approved by the official body of that sport and the law of that land is available,” Amit Purohit, Founder, Fantasy Akhada, tells YourStory.

However, unlike a lot of other operators that add quizzes, rummy, and other real-money games on top, Fantasy Akhada has stuck to its core proposition of fantasy sports.

“We have no divergence to any other vertical. We are strictly a fantasy sports app, and we want to be a sophisticated sports tech platform,” says the founder.

To cut through the clutter in the market, the startup tailored its platform and user acquisition strategy for three levels of gamers: casual, medium, and high involvement. Each category of user was targeted differently.

The first two months sailed smoothly for the company until the coronavirus outbreak and the subsequent lockdown brought sporting events to a complete halt. Amit, however, calls the lockdown break a “blessing”.

“Since we had just started, there was no fixed cost for us. The movement of the IPL from April to September was a blessing. We got feedback from users and also the time to make changes to the product,” he says.

By August 2020, Fantasy Akhada had gained 100,000 registered users. And it wanted to run the IPL in an “aggressive manner”. “That’s when we roped in Harsha Bhogle as a strategic investor and brand ambassador,” Amit shares.

The startup raised an angel round of $165,000 from Harsha and others to launch new features, enhance the prize pool, and “grow aggressively” through IPL. By the end of the year, as sporting events returned in various parts of the world, Fantasy Akhada reached 2.5 lakh users, with 21 percent active users (up from 12 percent in H1 2020).

Despite IPL 2021 getting split into two phases (April and September) due to the deadly second wave, Fantasy Akhada claims to have witnessed sharp growth this year.

It has close to 600,000 users today, with a 35 percent active user base. The platform has held 12.5 lakh contests and claims to have disbursed Rs 70 crore in cash winnings. It takes a 12 percent commission of the prize money.

He further elaborates, “This growth has been on the back of three pillars — optimum fundraising at the opportune moments, intelligent or cost-effective user acquisition techniques focussed on ‘active fantasy sports players’, and a strong customer-centric approach in our retention marketing principles.”

The startup also asserts that its burn rate and customer acquisition cost (CAC) are among the lowest in the industry. For every rupee it earns today, it spends Rs 2.8. However, the CAC is higher when there’s a dearth of big-ticket cricket events.

“The CAC is 3X when there’s no cricket but users are ready to play any league anywhere. If sports don't stop, fantasy leagues don’t stop,” says the founder.

Ahead of IPL 2021, Fantasy Akhada raised a seed round of Rs 5 crore from Prime Securities to drive user acquisition during the tournament. Amit reckons that marquee events are the ideal time to get new investors on board.

“We want to be well-funded even if that results in equity dilution because we are confident of getting valuation jumps every time we raise a new round,” he says.

Fantasy Akhada is looking to raise a $2 million round shortly.

"Given that the next two years will have a marquee T20 tournament every six months, we are also looking to close a bigger round in Q1 2022, which would take us on the path of becoming a top sports tech startup," says the founder.

“Our cap table comprises industry veterans from the financial and sporting world. We are looking to utilise the funds in the domain of tech, user acquisition/retention and building a strong core team of people with the relevant skill sets. We might even be looking at launching new products in the sports analytics space.”

Its goal is to double its GGR to Rs 200 crore by the end of FY22 and cross the one-million user mark by December 2021.

N Jayakumar, MD, Prime Securities, said, “Having studied several business models in this industry, we believe that merely burning money to acquire customers is not a long-term, sustainable solution for any player. Given the initiatives Fantasy Akhada is planning, there is a well-defined path to profitability that it is working towards over the next few quarters.”

Fantasy Akhada has to contend with market leaders such as Dream11 and MPL, and others like HalaPlay, MyTeam11, My11Circle, BalleBaazi, FanFight, Fan2Play, 11Wickets, etc. Despite the increasing competition in what is a Rs 2,400-crore industry today, Amit believes fantasy sports is not a winner-takes-all market.

“All consumer surveys show that players use 4-5 apps in every match to hedge their risks. So, if they lose on one, they can still win something on the other,” he says.

He sums up by saying, “There might be some consolidation in future, but the nature of the business is such that multiple players will continue to exist in the market. And we want to build a legal, scalable, and profitable business here.”