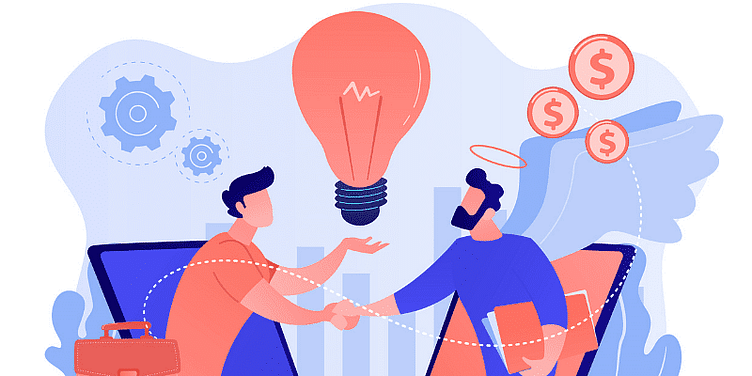 YourStory presents this daily roundup of the latest startup news and updates from the Indian startup ecosystem and beyond. Here's the roundup for Friday, December 10, 2021.

Previously, Zomato had announced investing $75 million in Shiprocket as part of its move to invest $1 billion across Indian startups over the next two years. The round takes the total capital raised by Shirprocket to $280 million, according to a statement.

Bengaluru-based electric two-wheeler startup ﻿Ultraviolette Automotive Pvt Ltd﻿ has reportedly raised $14.85 million or Rs 112.5 crore from TVS Motor and Zoho Corporation in a Series C round, according to an MCA filing dated December 8, 2021.

TVS Motor Company led the round, infusing $9.9 million (Rs 75 crore) in Ultraviolette Automotive. Zoho has invested $5 million (Rs 37.5 crore) for a 2.46 percent stake in the venture.

Founded in 2015, Ultraviolette designs, develops and manufactures electric two-wheelers and their accessories.

The startup raised Rs 50 crore of capital in a Series B round in October last year from TVS Motor and GoFrugal.

Some of the leading angel investors in the round included Polygon’s Sandeep Nailwal, Doordash’s Gokul Rajaram, and Aave’s Ajit Tripathi. The Singapore-headquartered project had also earlier received grants from Terraform Labs and Algorand Foundation.

Router Protocol was founded in 2020 by Ramani Ramachandran, Shubham Singh, Chandan Choudhury, and Priyeshu Garg. It has been building cross-chain infrastructure that enables the communication between current and emerging Layer 1 and Layer 2 blockchain solutions.

Pseudonymous social network platform ﻿Zorro﻿ has raised $3.2 million in a seed funding round led by 16 unicorn and soonicorn founders.

VC Firms such as 3one4 Capital and 9Unicorn Ventures co-led the seed funding round. Eximius Ventures, Roots Ventures and Venture Catalyst also chipped in.

Bzaar raises $4M in seed round

The round also saw participation from a clutch of angel investors including ﻿Flipkart﻿ co-founder Binny Bansal, ﻿PhonePe﻿ co-founders — Rahul Chari and Sameer Nigam, and Co-founder of Helion Ventures, Ashish Gupta.

The company will utilise the funds to add verified export-ready manufacturers to its platform, strengthen logistics, quality control and packaging and strengthen its India operations, said the company in a statement.

“The pandemic has accelerated the need for supply-chain diversification and triggered a massive surge in businesses looking to expand internationally. Currently, if you’re a small business in India looking to start or accelerate your exports business, the infrastructure is largely offline and opaque or mostly non-existent. Bzaar democratizes exporting from India & Southeast Asia so that the region’s in-demand products are accessible at a global scale,” said Nishant Verman, Co-founder and CEO at Bzaar.

Chennai-headquartered , which offers smart water management through Internet-of-Things (IoT) enabled platform, has announced raising a strategic round of $1.5 million. The round was led by Abhijeet Pau and Nikhil Kamath backed GRUHAS Proptech, Rahul Talwar of DLF Family Office and Harshad Reddy from Apollo Hospitals Family.

Returning investors HDFC Capital Advisory and promoters and CEO of Prestige Group also participated in the round.

WEGoT will strengthen its squad, expand pan-India and enhance its product capabilities with the fresh capital, said a statement issued by the company.

“Our IoT based water management has paved the way for managing and mitigating the growing crisis. Measured usage drives the awareness and has garnered the attention of multiple stakeholders in this eco-system and it is gratifying to see inbound interest, both domestic and overseas, from developers and utilities. With this fundraise, we will scale our tech stack that will help to further decrease the demand for water in buildings,” said Vijay Krishna, Co-founder of WEGoT in the statement.

Vijay and Abilash Haridass founded WEGoT in 2015. Since its inception, WEGoT has deployed over one lakh smart devices across 30,000 homes and over 40 million square feet of commercial real estate. The company plans to scale to deploying 10 lakh devices over the next 12 months. The company’s customers include the likes of Prestige Group, Godrej Properties, Brigade Group, among others.

In its bid to build scale and a diverse pan-India presence, women-led and run organic food brand Naario has raised an undisclosed sum in pre-seed funding from a group of angel investors led by women entrepreneurs.

Started by Anamika Pandey, 24, Naario is India’s first women-led and run food product brand that offers organic cereals, condiments, and beverages. An engineering graduate from NIT Warangal and a Booth School of Business and BigBasket alum, Anamika started Naario in January 2021 out of her hometown, Gorakhpur, in eastern Uttar Pradesh, over a cup of tea with her mom.

Some of the notable members of the group of angel Investors included Sairee Chahal of Sheroes, Harshita Singh of Times Prime, Ankit Mehrotra of Dineout, amongst others. The pre-seed funding will help Naario invest in brand building, develop tech-based solutions to scale operations and expand distribution channels as it chases growth in a highly fragmented D2C market.

Edtech major ﻿BYJU'S﻿ announced the appointment of Rachna Bahadur as senior vice president to lead its global expansion plans. She will be responsible for the overall planning, strategy and roadmap for BYJU’S expansion in new and existing markets, said a statement issued by the company. She will also be responsible for international expansion of BYJU’S recent acquisition of US-headquartered EPIC.

“As we continue to evolve and diversify our business across the globe, we are focusing on bringing the best talent in the industry to further drive our mission of creating a community of lifelong learners. Rachna is a leader with a proven track record. Her extensive knowledge, depth of experience, and core background in consumer product practice will prove a key asset to us,” said Pravin Prakash, Chief People Officer at BYJU’S in the statement.

BYJU’S has made multiple top-deck changes over the last few months. In October it hired former Tata Sky executive Mukut Deepak to lead its class IV to X segment. In November the company announced the appointment of former OYO executive Anil Goel as president of the technology division.

Bengaluru-headquartered smart mobility solutions company ﻿Bounce﻿ has partnered with realty platform ﻿NoBroker﻿ to install its battery-swapping network across 1 lakh residential localities where the latter has a presence.

This will help Bounce strengthen the battery-as-a-service offering for its recently launched consumer electric scooter, Bounce Infinity E1. The company launched the vehicle with two price points — one with the battery and charger and one with battery-as-a-service option. For the latter, customers will be able to access a fully charged battery ready-to-go through their Bounce app either at dedicated stores or through one of the swap pods.

Along with the launch of the electric scooter, Bounce had announced setting up 4,400 battery swapping stations across India. It has partnered with Park+, HelloWorld, Goodbox, ReadyAssist and [email protected] to set up its network.

Google on Friday said it is deferring the deadline for developers in India to integrate with its Play billing system from March 2022 to October next year.

In October last year, the company had announced March 31, 2022 as the deadline for developers in India to integrate with Play's billing system.

A Google spokesperson on Friday said the extension has been done in view of the changes to India's recurring digital payments guidelines.

"We are extending this to 31st October 2022 to provide developers in India the required product support for recurring payments through convenient user payment systems, including UPI and wallets, and also provide them more time in light of the changes to India's recurring digital payments guidelines," the spokesperson said.

Teachmint launches in 25 countries as it focuses on international expansion

Edtech software as a service (Saas) platform ﻿Teachmint﻿ has entered 25 Southeast and West Asian countries, Mihir Gupta, Co-founder and CEO of the firm, told YourStory in an interaction.

The Bengaluru-based firm has entered Indonesia, Thailand, Vietnam, UAE, and Saudi Arabia, among others, which are mobile-first countries. Teachmint has also introduced local languages including Arabic, Thai, Indonesian Bahasa, and Vietnamese and will add more soon.

"We have seen that the Middle East and Southeast Asia are also mobile-first markets, similar to India. Naturally we want to take the product here first and then to other places," Mihir said.