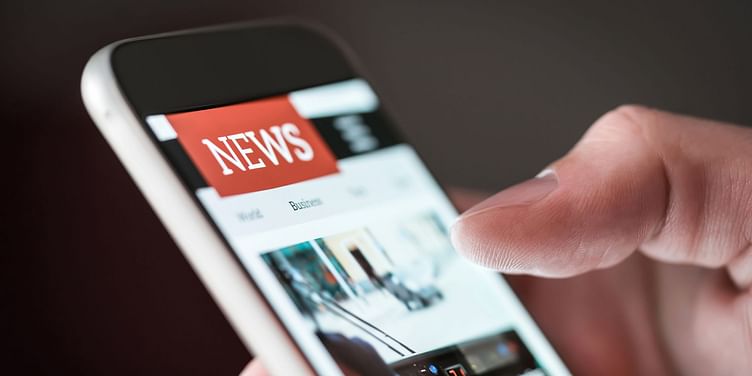 YourStory presents this daily roundup of the latest news and updates from the Indian startup ecosystem and beyond. Here's the roundup for Tuesday, December 14, 2021.

﻿Rebel Foods﻿ will $150 million in strategic brand investments and acquisitions in India and globally, according to a statement from the company on Tuesday.

"The investment pool will be used in the next few quarters, to scale up existing and new partnerships with around 40+ Indian and international brands," the statement added.

Rebel Foods, which became a unicorn in October 2021, seeks to invest, scale and grow food brands with a promise to address more customer food missions "by adapting a Thrasio-like model for food".

Aceler8, a SEBI-registered Category II Alternative Investment Fund, will cater to growth-stage and late-stage D2C brands, recurring-revenue digital businesses, and SaaS companies, Klub said in a press release on Tuesday. It will invest between Rs 50 lakh to Rs 20 crore in digital businesses for their marketing, inventory, and capex spends.

"Our Revenue Based Financing Fund, Aceler8, is a disruptive addition to our platform in-line with our mission to provide fast, flexible and scalable capital," said Anurakt Jain, Co-founder and CEO of Klub.

Klub, which has facilitated 250 investments in digital businesses, raised $20 million in October this year.

“As Indians, we love great entertainment," said Monika Shergill, VP-Content, Netflix India. "Whatever your mood, tastes or plan, Netflix is now even more accessible. Whether you choose Aranyak on Friday, Money Heist on Saturday, or Dhamaka and Sooryavanshi on Sunday, you can watch all of Netflix on your mobile for Rs 149, and on any device starting at Rs 199.”

The full story is here.

The 12-hour fulfillment service went live in Delhi-NCR with 25 D2C brands, according to a press release from Wherehouse.

Wherehouse has built a network of hyperlocal and third-party partners to offer same-day, next-day delivery. It has a network of 2,500 warehouses in 12 cities that cater to help D2C brands fulfill same-day delivery by storing inventory closer to customer clusters of D2C brands.

Same-day deliveries will catalyze order volumes for D2C brands while being closer to the end customer, Vaibhav said. "The way we are growing is a testament to the trust that we have from our partner brands towards our faster fulfillment services across tier-I and tier-II cities," he added.

CashFlo, founded by Ankur Bhageria and Dushyant Agarwal in 2018, helps vendors and dealers to get access to affordable short-term capital, and improve bottom lines of buyers by enabling a frictionless flow of working capital to the supply chain. It operates a network of 2 lakh micro, small and medium enterprises (MSMEs) and 50 leading Indian corporates.

The latest enhancements will increase the percentage of buyers’ spends discounted, according to CashFlo. "Historically, in the Indian market, 10-20 percent of spending covered by dynamic discounting programmes was considered good; CashFlo has been able to increase this coverage to as much as 50 percent," the press release stated.

CashFlo raised Series A funding led by Elevation Capital in 2019.

Milind has more than 26 years of experience in leading large-scale IT operations and project planning. He will lead the engineering and technology team of more than 250 to manage 24x7 IT operations, according to a press release from Yotta Infrastructure.

﻿SleepyCat﻿, a sleep solutions venture founded by Kabir Siddiq in 2017, will open its first offline store in Bangalore.

"We picked Bangalore for our very first store since a majority of our customer base is from here, and we’ve received a lot of requests asking about a retail store. A robust, well-developed omnichannel model is the way forward for SleepyCat," said Kabir.

SleepyCat plans to set up eight stores in 2022 at malls and prime locations in Bangalore, Mumbai, and Delhi.

"The newest fund is Norwest’s Sweet XVI! This brings the total capital under management to $12.5 billion!" Niresh said, in a Linkedin post.

"The fund will continue to increase its investment in India, and we are very grateful to our portfolio companies, founders, partners, teams and the ecosystem for this amazing journey!" he added.

The acquisition will strengthen Open’s cloud-native enterprise, offering BankingStack via which it has deployed SME digital banking solutions for 17 banks, as well as the recently launched no-code embedded finance platform Zwitch, where they enable fintechs and non-fintechs to launch innovative digital banking services.

Commenting on the acquisition, Suman Gandham, Co-founder and CEO, Finin — the first consumer neo-banking platform to be launched in India in 2019, added,

"The outcome of a consumer-facing neo-banking platform working hand-in-hand with a B2B neo-banking platform is going be exemplary as we will be able to add a lot of value to Open’s SMEs wanting to open salary accounts for employees, expose consumer banking rails to fintechs using Open’s embedded finance platform Zwitch, and also add value to banks wanting to launch digital banking propositions using Open’s cloud-native digital banking OS BankingStack"

The Nifty India Digital Index aims to track the performance of the portfolio of stocks that broadly represent the digital theme within basic industries like software, ecommerce, IT-enabled services, industrial electronics, and telecom services companies.

“Digitalisation is happening rapidly and is touching every aspect of our lives. The Nifty India Digital index aims to capture the performance of companies exposed to the Digital theme, a theme which will likely continue to increase in importance in the future,” said Mukesh Agarwal, CEO, NSE Indices Ltd.

The index is expected to act as a benchmark for asset managers and be a reference index tracked by passive funds in the form of Exchange Traded Funds (ETFs), index funds and structured products.

﻿Livspace﻿ and Alsulaiman Group (ASG) have announced the appointment of Imran Ali as the CEO for the JV-led company in the Middle East. Imran will assume responsibility of the regional organisation and build a leadership team to start the operations in the region while enabling the partner ecosystem consisting of design studios, contractors, vendors, and brands for greater success in the region.

Further, Imran will focus on delivering an integrated offering to meet the interior and renovation requirements of homeowners whilst offering ease of discovery, transparency, quality, and predictability.

Commenting on his appointment, Imran said: “With Livspace’s technology platform and playbooks for operating models and private labels, and ASG’s market knowledge and access, and expertise in retail, logistics, and warehousing, we are well-positioned to achieve our vision of delivering hassle-free interior and renovation requirements to homeowners.”

﻿Zomato﻿ announced the appointment of Anjalli Ravi Kumar as Chief Sustainability Officer to ensure its growth is sensitive to both environment and society. The company has remained focused on corporate sustainability through initiatives like Climate Conscious Delivery, Feeding India by Zomato, and Plastic Reduction programme.

Anjalli, a Harvard Kennedy School alumnus, who earlier worked at Unilever as Global Sustainability Director, was awarded the prestigious Unilever Global Heroes Award in 2017 for launching a unique mobile skilling programme that reached over a million women in five countries. She’s also worked with KPMG’s Climate Change Advisory practice in the past.

The company has also appointed Nitin Savara as Deputy Chief Financial Officer and will work with CFO Akshant Goyal. Nitin’s core areas of expertise are finance, tax, M&A and deal structuring. He was earlier a Partner at EY, and was the lead advisor on several marquee domestic and cross border transactions.

HCPL has enabled the wealth creation programme for all employees and has distributed stocks worth Rs 20 crore, in addition to the ESOPs previously allocated. The stock-based value creation will be a top-up component over and beyond the employee CTC.

Commenting on the program, Varun Alagh, Co-founder and CEO, Honasa Consumer Pvt Ltd said, ”Unlike some programmes which require employees to contribute a part of their CTC as an investment towards stock options, we have made this as a top-up component, beyond the CTC. We want the employees to have equal chance to participate in any upcoming liquidation opportunity to build their personal wealth portfolio.”