How Virtual Reality startup AutoVRse is solving the problems of automobile industry, one at a time 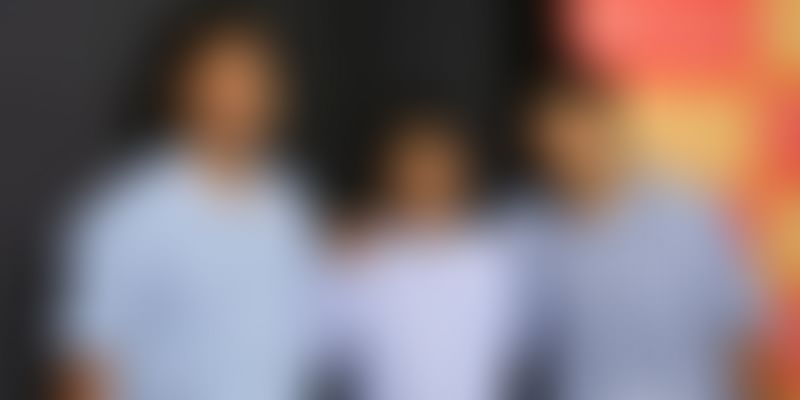 This statement by Bill Gates sums up the beauty of technology in the best way. How we buy electronic items, groceries and household goods has changed drastically over the last decade. If the first wave of technology transformation was brought in by the online world, the next one will certainly be centred on virtual reality. There’s still time to go before virtual reality enters the mainstream lives of the masses, but some sectors have already begun to be largely, and positively, impacted by VR. One such sector is the automobile space, where the design segment could see a great deal of benefit and disruption from VR in the coming years. AutoVRse, a technology startup founded by 24-year-old engineering grads from BITS Pilani and RVCE, is challenging the status quo in automobile design.

AutoVRse builds Virtual Reality (VR) software for the automotive industry, to be deployed both at the design stage as well as at key customer touch points such as the showroom. The Tech30 startup has been working with one of the largest automobile manufacturers right from their pre-launch to understand the sector’s requirements and get the product-market fit right. And after almost three quarters, the company has certainly got the product right.

Here’s an account of the short but action-packed journey of AutoVRse so far, and how these three individuals are building a premium virtual reality startup out of a house in HSR Layout in Bengaluru.

Project NASA hackathon and 3 conditions to starting up

The then 21-year-old Ashwin Jaishanker, a final year student at BITS Pilani, wouldn’t have thought about virtual reality if it wasn’t for the frustration towards the end of his year-long internship at the Centre for Artificial Intelligence and Robotics (CAIR) in Bengaluru. He ordered Google cardboard out of boredom and ended up using it to build a Mars panorama viewing app, which won the hackathon. The winning team included Akash Jatangi, who later became AutoVRse co-founder.

During his early days at his first job with Citibank, Ashwin had just enough time in hand (and interest) to build an app(Bottoms Up) for discovering affordable pubs, restaurants and liquor stores in your neighbourhood. Working on the Bottoms Up app with a few others gave Ashwin a reality check about running a startup. All this while, he had considered working in a startup. When he had a conversation with his parents, his father said, “Rather than working for a startup, why not start up yourself?”

Founding team of AutoVRse was clear about three things for their startup idea:

With some ideas about VR already in his head, Ashwin met a batchmate who was working with Tata Motors, India's leading automobile manufacturer, primarily to understand the design process, and its challenges, in the company. This was when he came across a pain point to potentially address. During design, visual integration of the car model had a fundamental problem – 3D models were built using 2D projections, which gave rise to a depth and scale issue. He understood that from design to engineering, there were multiple points where VR integration could help provide a better solution and save time. He started with design, the most feasible option. This is when the first concrete step towards building AutoVRse was taken.

With a challenging problem in hand, Ashwin decided to give this a shot for 100 days. He also roped in hackathon teammate Akash and his friend Adarsh Muthappa as co-founders. The team started working on creating a prototype automotive visualisation tool using a Samsung VR headset. This would visualise the car, change colours and replace basic parts of the vehicle. They maintained a daily log of what everyone was doing. In a month’s time, the prototype was ready. Ashwin knew that they were capable of building a superior quality product, but unfortunately, Oculus and HTC Vive weren’t available in India then. The team continued to build for desktop till they got their hands on an HTC Vive, which they ordered via friend traveling from the US, in May 2016. By the end of May, the proof of concept was ready, and Ashwin quit his job at Citibank to move to Bengaluru.

Climbing up the hill

Ashwin, Akash and Adarsh had now been working on a product for more than a quarter, having understood the requirements of the industry and constantly taking feedback from a prospective client (the earlier mentioned automobile manufacturer). But the team was equally aware of a few challenges with a design studio product:

Meanwhile, Ashwin noticed that the sector is more open to innovation in marketing, and the team started working on their second product, a virtual showroom, in July.

AutoVRse’s Design Studio is a visualisation software that aims to replace physical prototypes and help evaluate 3D models at scale. It helps in design, review and collaboration. The journey of each car starts with a sketch and a 3D model, followed by making a life size model of clay and/or thermocol. The traditional process is very expensive and can take up to 18 months, potentially involving a lot of feedback. Ashwin explained how Design Studio solves pain points of the industry:

Ashwin claims that Design Studio will reduce prototyping costs, improve the design feedback loop, and enhance the design review experience. This, in turn, can help shorten the development cycle and time–to-market. The AutoVRse Design Studio follows an annual licensing model.

Currently, most manufacturers are using Autodesk design software for their needs. Headquartered in France, ESI’s product IC.IDO is an industrial grade immersive VR solution that offers a similar solution to Design Studio.

The company’s second product, Virtual Showroom, helps potential car buyers interact with the full range of car variants and colours in a showroom environment. According to Ashwin, Virtual Showroom offers the following:

The AutoVRse Virtual Showroom follows a pricing model customised to each experience. The price will depend on the number of cars, the degree of customisation desired, the duration of the setup, and the number of Virtual Reality HMDs (Head-mounted display) involved. Virtual garage by Dassault Systemes (HQ- France) is a similar product in this space.

The tech behind it all

Both the products are built using popular game engines - Unreal Engine and Unity. Unreal engines give access to source code. Since VR is at a nascent stage, many basic things (actions/use cases) have to be coded. Ashwin says,

It’s almost like what mobile (Android) would have been in 2007. We have to write codes for things like a mobile browser and scrolling (code for swipe existed though). Support for developers doesn’t exist.

Motion sickness is a big issue in VR use cases, and one has to be careful with the fps (frames per second) setting while building. Ashwin mentioned that 90-120 fps is recommended in VR. Owing to its nascent nature, there aren’t any UI/UX standards or guidelines in the space at the moment. Ashwin has allotted more than 10 percent of the company’s budget for R&D, and wants to integrate research further as the company grows.

Reality of VR in India

The international Virtual Reality hardware market size stands at $3.2 billion currently, and is expected to reach $4.7 billion by next year and almost $16 billion by 2020. AutoVRse is targeting the automotive segment to begin with, but believe that VR will prove to be effective in any processes where CAD (Computer-aided design) modeling or 3D modeling is used. Ashwin believes that in the next wave of computing, VR, AR (augmented reality) and MR (mixed reality) will become ubiquitous.

Among Indian startups in virtual reality, SmartVizX, with its solution for the architecture and construction industry, has secured more than $500,000 in an angel round. Absentia, initially a VR headset company, is working on its relaunch. The company had raised almost $200,000 in funding in 2015. Notably, a 20-year-old M.Tech student, Rachana Bagde, built a gesture recognistion technology and VR integrated product called G for Gestures for the hospitality sector. Earlier this year, an augmented reality-based furniture startup, woodBOX, raised $130,000 in angel funding.

Adoption – only a matter of time

In these early days of VR in India, most of the startups in the country are focusing on creating a market as there are few (or no) competitors. Ashwin had a tough time educating people about VR adoption in industry. He met people who were skeptical. Many didn’t believe them, and the few who did weren’t ready to meet with them. He says,

When you speak about VR, people think of mobile VR, which is not truly immersive. Premium VR, with positional tracking, can’t be compared with mobile VR.

BMW, Ford and Chevrolet are all using VR already, and it’s a matter of time till the adoption picks up in the local market. As an early player in the space, AutoVRse has a fair chance to capture the market with its two flagship products.