[Year in Review 2021] From unicorns to IPOs, top 10 Indian startup milestones this year 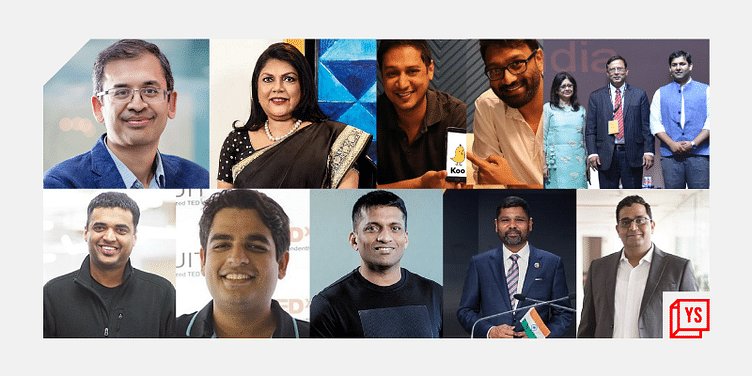 YourStory takes a look at some of the milestones for Indian startups this year such as the first unicorn to launch an IPO, Freshworks going public in the US, and other events that stood out as big wins in 2021.

The year 2021 will be remembered for the COVID-19 second wave, which claimed many lives. While the pandemic disrupted our lives and shook the world, it also taught people to adapt to the new normal and go digital. From education to healthcare, we saw the pandemic accelerating tech innovation in every aspect of life.

Addressing a virtual event organised by Innovation Venturing and Entrepreneurship in India Network (iVEIN), Niti Aayog CEO Amitabh Kant said, among 17 economies, India has emerged as the second-fastest in digitisation.

“Digitisation has provided an impetus to the startup ecosystem in India,” he added.

Keen to make India self-reliant or aatmanirbhar, the startup ecosystem focused on building indigenous tech solutions to cater to the demand of the new normal.

The year, which saw so many ups and downs, also saw the emergence of 43 startup unicorns, against a cumulative number of 33 unicorns from 2011 to 2020.

The year 2021 has also been a spectacular year for initial public offerings (IPOs), with Rs 1.10 lakh crore ($14.88 billion) raised over 52 issues until end-November. Among these, a sizable number of Indian tech startups have hit the public markets.

Starting with ﻿Zomato﻿, the list includes top startup unicorns like ﻿﻿CarDekho﻿﻿, ﻿﻿PolicyBazaar﻿﻿, ﻿﻿Nykaa﻿﻿, ﻿﻿Paytm﻿﻿, and ﻿﻿Freshworks﻿ (though listed on NASDAQ).

As we are in the last month of the year, it’s time ​​to rewind and celebrate the very best of the year. YourStory lists 10 such milestones achieved by the Indian startup ecosystem in 2021.

Overall, with a total over-subscription of 38.25 times, Zomato’s IPO indicated that there was no dearth of liquidity for the otherwise loss-making foodtech unicorn.

D2C (direct-to-consumer) house of brands startup ﻿Mensa Brands﻿ is now one of the fastest unicorns in Asia, after attaining the status within six months of its inception. The brand raised Series B funding of $135 million in November 2021 at a valuation of over a billion dollars.

So far, the startup has raised a total of more than $300 million in equity and debt.

Launched by ex-Myntra CEO Ananth Narayanan, the 37th unicorn works closely with founding teams to accelerate growth on marketplaces through the brand's websites and global platforms by using a combination of initiatives across product, pricing, marketing, distribution, and brand building with a technology platform at the core.

The shares of ﻿FSN E-Commerce Ventures — the parent company of ﻿Nykaa﻿ — had a blockbuster listing on the Indian stock market, with close to 100 percent rise in its share price, more than living up to the expectations of the investors.

﻿Nykaa﻿ — India’s first profitable startup to head for an IPO — had priced its initial public offering (IPO) at Rs 1,125 per share, which rose by 80 percent at the opening on the Indian stock markets.

India’s only women-founded unicorn to go public, Nykaa’s shares were subscribed 81.78 times on the last day of subscription with interest from institutional investors.

With fintech startup ﻿﻿﻿Paytm﻿’s parent company One97 Communications﻿’ $2.5 billion IPO, nearly 350 of its former and current employees will become millionaires with a net worth of Rs 1 crore each.

With the Rs 18,300-crore share sale, Paytm has become the largest fintech IPO in the Asia-Pacific region.

It is also the second-largest fintech IPO of 2021 globally, after Spain-based Allfunds IPO. Overall, Paytm’s was the fourth largest fintech stock debut, globally.

With Zomato, Nykaa, Paytm and more startups going public, what does it now mean for founders to run a listed company?

﻿BYJU'S﻿ is one of the most active edtech startups in terms of acquisition both within the country and overseas. In 2021 alone, the edtech decacorn spent over $2 billion in mergers and acquisitions. It acquired Austria-headquartered math learning platform GeoGebr, which is the edtech startup’s latest as well as tenth acquisition this year.

Other key acquisitions of BYJU's this year includes Aakash Educational Services (for an estimated $1 billion), ﻿Great Learning﻿ (for $600 million), ﻿Toppr﻿ (for $150 million), US-based Epic (for $500 million), ﻿Gradeup﻿, ﻿Whodat﻿, and ﻿Tynker﻿. It also acquired smaller startups like HashLearn and Scholr this year.

Freshworks going public in the US

B2B SaaS company ﻿Freshworks﻿ became the first Indian unicorn to go public in the US. With that, more than 500 of the company’s employees in India have become crorepatis (a person whose assets are worth at least one crore or Rs 10 million), said Co-founder and CEO Girish Mathrubootham.

The 46-year-old entrepreneur from Trichy in Tamil Nadu now feels a “great sense of fulfilment” for ensuring wealth creation for his employees, thanks to the Freshworks IPO.

The Accel and Sequoia Capital-backed SaaS company, which is listed under the ticker symbol ‘FRSH’ on the Nasdaq, sold 28.5 million shares at $36 apiece, above its increased IPO price range of $32-$34 a share, signalling strong investor interest.

In its three-day bidding from December 9 to 13, 2021, MapmyIndia IPO subscription status reflects that the issue got subscribed 154.71 times.

Homegrown app Koo’s popularity went up earlier this year due to the Indian government’s spat with Twitter and growing calls for expanding the ecosystem of homegrown digital platforms.

“Koo is among the top three hottest products of APAC in the latest amplitude report,” founder Aprameya Radhakrishna tweeted.

In a one-of-a-kind move, edtech unicorn ﻿﻿Unacademy﻿﻿ in July announced that it will offer stock options to its educators, the first-ever firm in the edtech space to do so. The development comes at a time when giants such as Flipkart and Ola are offering ESOPs to their employees.

Over the next few years, the Teacher Stock Options or TSOPs worth $40 million will be given to tutors who have spent three, four, or five years on the platform, the Bengaluru-based firm's Co-founder and CEO Gaurav Munjal said in a tweet.

India is the best performing market in the world so far this year, outpacing Russia and France. According to media reports, data collated by brokerage house Motilal Oswal showed India’s Nifty has gained 28 percent this year to date.

In comparison, Russia’s MOEX and France CAC40 have added 23 percent and 21 percent, respectively.