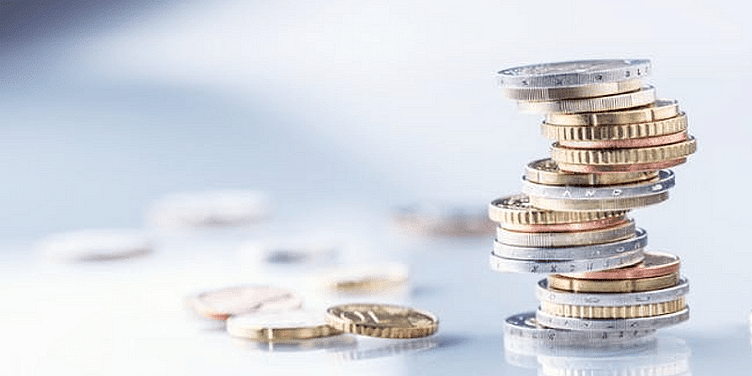 YourStory presents daily news roundups from the Indian startup ecosystem and beyond. Here's the roundup for Tuesday, March 29, 2022.

Re-commerce marketplace ﻿Cashify﻿ has inaugurated its 100th offline store, expanding its presence to 43 cities across India.

After six years of online presence, Cashify opened its first retail store in 2019. Currently, Cashify has a presence across several Tier-I, II, and III cities. With this store-opening spree, Cashify is all set to launch 14 stores at one go, reaching a total of 43 cities.

“Cashify understood in its early days itself that a significant number of customers rely on offline retail outlets to repair or sell their phones. For this reason, Cashify decided to bridge the gap by opening offline stores that are easily accessible while providing high-quality services,” said Mandeep Manocha, Co-founder, Cashify

Founded in 2013 by Mandeep Manocha, Nakul Kumar, and Amit Sethi, Cashify is an online platform that allows you to sell your old phones, smartwatches, tablets, and laptops for instant cash.

Cashify plans to open another 200 stores in FY 2022-2023, while also expanding into new categories including laptops, iPads, and smartwatches, the company said in a statement.

India could have 1 billion digital healthcare users by 2030

The pandemic has accelerated the adoption of digital technologies in healthcare. For India, digital technology will be key in the transition to new paradigms of care such as patient-centric, preventive, personalised, and integrated for all citizens, the report said.

The report recommends that healthcare providers develop “Digital First” strategies instead of “Digital as a Bolt-on” for existing facilities.

[Techie Tuesday] Cloud clinics: Transforming the healthcare landscape in India for a better and healthier tomorrow

Yulu appoints Divay Pranav as Director of Policy and Partnerships

Electric mobility and battery-as-a-service company, ﻿Yulu﻿, has appointed Divay Pranav as the Director of Policy and Partnerships.

In this role, Divay’s primary responsibilities will be to strategise and build partnerships that facilitate faster adoption and greater penetration of Yulu. He will also engage with key policymakers and other stakeholders to help create a conducive policy environment for shared Electric Vehicles (EV’s) and Battery-as-a-Service (BaaS) in India.

Divay was previously employed as the Lead of Strategy and Partnerships at the Adani Group.

He has also worked for over five years in the Make-in-India mission at Invest India, the National Investment Promotion and Facilitation agency of the Government of India. Here, he led the urban development and real estate practice and worked in policy advocacy, investment promotion and facilitation, and cross-border partnerships.

“Divay brings with him vast experience of working in the public policy space as well as for large private companies. His desire to create impact at scale finds a good fit with Yulu’s purpose and expansion plans. Electric mobility in India is at the tipping point and this is the time for all stakeholders like policymakers, government, industry and citizens to join hands to create the country’s electric future,” said R K Misra, Co-founder, Yulu.

“Divay will spearhead this mandate for Yulu by building partnerships that grow the ecosystem, contribute to policy making, and influence the public awareness of EV’s.”

Advertising technology company The Trade Desk has launched its first India engineering hub in Bengaluru. This is the fifth hub in the Asia-Pacific region after Australia, China, Hong Kong, and Singapore.

The new facility will tap into the vast product and engineering talent pool in India as the company advances innovation for programmatic advertising, the company said.

Since the launch of its operations in India last year, the company has announced strategic partnerships with leading players like Samsung Ads and Lifesight to offer the full suite of digital advertising capabilities on the open internet.

“The rise of digital media will spur Indian marketers to adopt data-driven, digital advertising solutions. Over time, more and more digital advertising will be transacted programmatically. There is immense growth opportunity for us here in India,” said Tejinder Gill, General Manager of The Trade Desk in India.

“In fact, we have been encouraged by the momentum of our commercial office and are doubling down on hiring engineers, as well as for business-related roles. Our new engineering hub will help us stay ahead of the innovation curve.”

The Trade Desk plans to hire more talent to meet the growing demand for programmatic advertising as brands continue to accelerate and shift spend towards digital advertising.

Real-time supply chain visibility platform ﻿Four Kites﻿ has been awarded a patent for its Smart Forecasted Arrival (SFA) capabilities, which provide companies with highly frequent and accurate ETAs for freight in transit, even when that truck lacks any technology to transmit location data.

While companies worldwide accelerating their investments in real-time transportation visibility platforms to better track and manage their freight in transit, they have been hindered by the portion of loads that previously couldn’t be tracked.

“Smart Forecasted Arrival is a much-needed breakthrough for the real-time transportation visibility software category, and a perfect illustration of the unique power of the FourKites,” said Mathew Elenjickal, CEO and Founder of FourKites.

The company claims that SFA is able to estimate the location of freight in transit based on other signals and data in the network, ultimately providing ETAs on 97 percent of untracked loads with 85 percent accuracy. The system correctly predicts late loads more than 90 percent of the time.

“Thanks to our first-mover advantage, we have the densest shipper ecosystem in the entire world, creating the most robust and highest-quality visibility data set. Paired with our unmatched investment in our world-class data science team, we are years ahead of our competitors in offering these kinds of leapfrog capabilities to the market,” he added.

US-based Moveworks has opened a new office in Bengaluru, Karnataka which will serve as its second headquarters where team members will perform groundbreaking research and development, establish strategic partnerships, and rise into senior leadership roles.

Founded in 2016, the Moveworks platform is powered by the techniques in natural language understanding (NLU), conversational AI, semantic search, and Collective Learning, which combine to automatically resolve issues in the workplace.

Whether employees need IT support, HR service, or a map of the new office, they can describe any issue to Moveworks to get the most relevant solution in seconds, without manual intervention.

The startup has raised $315 million in funding to date.

“Our India team is making our platform even more powerful by building deep integrations with other systems, and by providing customers with total visibility over their employee experience. Ultimately, we’ll give every employee the support they need, the moment they need it,” said Mihir Gore, Moveworks’ Director of Engineering and India Site Leader.

Capillary named a Leader in Channel Incentive Management in 2022

The report states that ﻿Capillary﻿ “is best suited for globally headquartered organisations that are looking for deep technology, self-service, and analytics to achieve their incentives strategy.”

Authored by Forrester analysts Maria Chien and Jay McBain, the report evaluates the most significant providers in the marketplace including Capillary Technologies for Channel Incentive Management (CIM) solutions using a unique scoring system based on 23 evaluation criteria.

The report states that Capillary claims to offer the first ‘no-code, low-code’ CIM platform “with built-in flexibility to support many transactional or non-transactional partner loyalty scenarios.”

“Channel partnerships are rapidly expanding, and brands are realising the need to strengthen their B2B channel relationships with meaningful loyalty strategies. Capillary’s Loyalty+ product addresses this by taking a holistic view of the partner behaviour and optimising the incentives programme,” said Aneesh Reddy, Executive Director and CEO of Capillary Technologies.

“We believe our position as a Leader echoes the amazing results we have delivered to our customers and we will continue to innovate in this developing landscape.”

HRtech platform ﻿Skillr﻿ has announced its rebrand to Fundamento, reflecting their larger focus on creating a skills-first world.

The rebranding aims to reflect the relevance and importance of behavioural skills in the future of work and how fundamental they are for an individual’s career advancement and mobility, the company said in a press release.

“In a future where skills are the currency for organisations and individuals, objective data on behavioural skills is going to be critical for building enduring teams. We started Skillr with the belief that access to opportunity should be a function of your skills, not your background,” said Ankit Durga, Co-founder, Fundamento. “Fundamento reinforces the premise that behavioural skills are in fact, the fundamental skills that you will require to succeed in your career.”

The company raised $1.2 million in its pre-seed round recently and is based in the US and India.