These startups are bankrolling the IPL with huge sponsorships 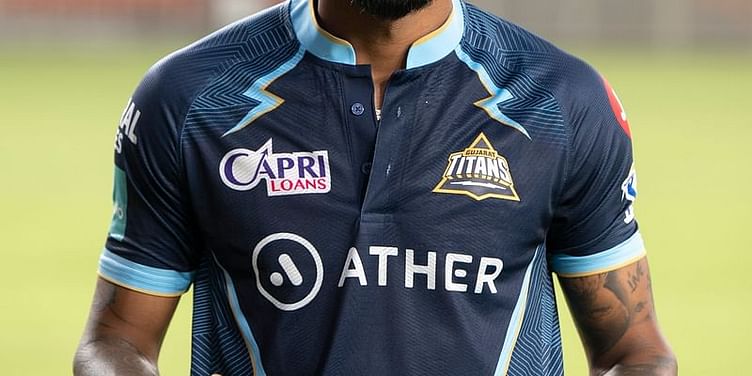 The Gujarat Titans announced Ather as their jersey sponsors, but this is only the latest in startup sponsorships funding India's biggest sporting tournament.

With the Indian Premier League (IPL) around the corner, teams have started revealing their new jerseys and sponsorships. While the details of the exact money for each sponsorship is not always revealed, we can reveal that startups play a prominent role in the sponsorship of the biggest annual sporting event in India.

Any conversation about IPL sponsorships has to being with ﻿Dream11﻿. Not only are they one of the most prolific sponsors of teams this year, but they are the only startup to have ever been a title sponsor for the entire tournament back in 2020!

However, despite paying Rs 222 crore to be the title sponsor two years ago, this year they had to pay Rs 210 crore to be an official sponsor, which is one wrung lower in terms of exposure.

Dream11 is also a principal or official sponsor for the Punjab Kings, Rajasthan Royals, Sunrisers Hyderabad, Delhi Capitals, Chennai Super Kings, and Mumbai Indians. That means that not only are they associated with the tournament itself, but also with six of the ten franchises!

Not to be left in the wake of their competitor, fellow real money gaming app MPL is also a major sponsor across multiple teams. MPL remains the principal sponsor of the Kolkata Knight Riders, and had their logo as the main title sponsor on the jerseys last year. KKR's new jersey has yet to be released.

As an associate partner of Royal Challengers Bangalore as well, MPL has gained the advantage of being front and centre on two of the most popular IPL teams with whom Dream11 has not partnered.

Audio equipment unicorn ﻿boAt Lifestyle﻿ is considered to be the fifth largest wearable brand in the world, a global achievement that many Indian startups have not yet cracked in their own industries. This muscle comes to the IPL as well, as BoAt has tied up as a principal sponsor of Punjab Kings, merchandise sponsors for CSK and KKR, associate partners with RCB, and official partners to the Mumbai Indians and Delhi Capitals.

This leaves them with sponsorships with six of the ten IPL teams for 2022 as well!

One of India's newest unicorns, fintech app ﻿Slice﻿ penned the biggest sponsorship deal in IPL history to become the principal sponsors of the Mumbai Indians for the next three years. The Rs 100 crore deal ensures that Slice will be the primary jersey sponsor as well, and dwarfs CSK's Rs 75 crore, three year deal with TVS Eurogrip.

While ﻿Flipkart﻿ is not a direct sponsor for either the IPL or any of the IPL teams, two of its most high-profile acquisitions in the startup space are playing a big role in sponsorships.

﻿Myntra﻿, acquired by Flipkart in 2014, continues to be a principal sponsor for Chennai Super Kings. Meanwhile, PhonePe, acquired in 2016, is an associate partner of RCB and the Delhi Capitals, and official partners of the Mumbai Indians.

﻿Ather Energy﻿, the electric vehicle pioneering startup, is an outlier when it comes to startup sponsorships in the IPL. Unlike the other companies in this list, it is relatively unknown while also being one of the only sponsors not in the unicorn club. Ather Energy is currently valued at $187 million.

However, Ather has been able to bag the main jersey sponsorship of the newest IPL team, the Gujarat Titans. While details of the entire sponsorship are still unclear, Ather founder Tarun Mehta showed his excitement on Twitter by calling it "an electric jersey"!