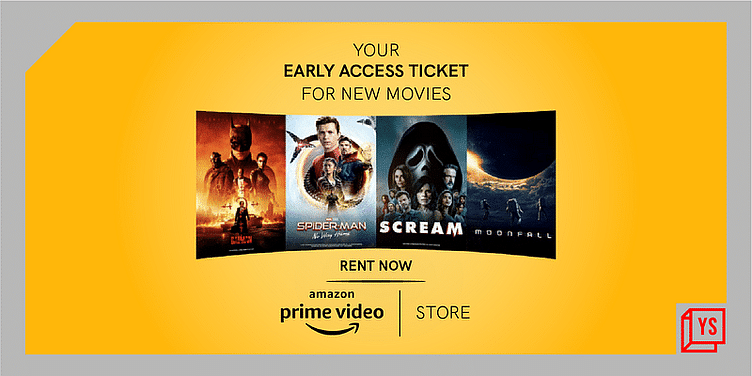 The streaming giant will rent movies across Hindi, English, Tamil, Telugu, Kannada, and Malayalam. Amazon Prime Video is also set to roll out over 40 new shows and new seasons of its existing shows.

After being in India for five years, Amazon Prime Video has rolled out a movie rental service and has doubled down on its commitment to India. The American streaming giant is also set to run over 40 new shows and enter into live sports streaming competing with the likes of Disney+ Hotstar and Sony Liv.

"We are excited about the launch," said Gaurav Gandhi, Head of Amazon Prime Video India, at an event on Thursday.

The movie rental arm will enable people to pay per movie instead of paying lump-sum subscription fees. Currently, Google-owned YouTube and Google Play Movies and TV, among others, offer movie rental services.

Your Early Access Ticket to New Movies is here🍿🎉

With over 500 million Indians having access to the internet, the country is an important market for Amazon Prime Video and its rival Ted Sarandos-led Netflix, and Disney+ Hotstar, which is run by Walt Disney Co.

Over the years, ﻿Amazon﻿ has invested heavily in producing and acquiring local content. The company claimed that one in five Amazon Prime Video users across watch Indian content. Amazon does not reveal its user numbers