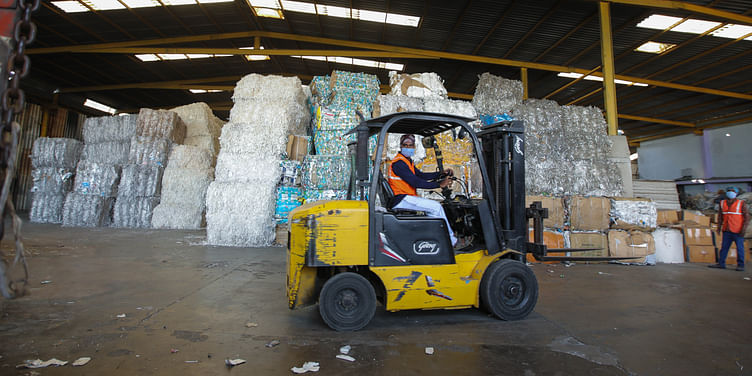 The capital will help Deluxe set up three new facilities across western and southern India for its recycling facilities, increasing its capacity by three-fold.

Founded in 1999 by Jignesh Shah, Deluxe recycles multilayer plastics (MLP) such as sachets and used beverage cartons into pallets and rickshaw seats through its proprietary technology and manufacturing facility. MLPs are considered low-value plastic and are difficult to recycle, typically ending up in incinerators or landfills. Deluxe recycled 7,100 tonnes of MLP in 2020, and plans on diverting 34,000 tonnes of waste per annum from incineration and landfills by 2025.

“Our ultimate mission is to create value from waste, diverting it from incineration and landfill. We are proud to partner with Circulate Capital to scale our operations and our impact. At Deluxe, we see the potential to transform India’s MLP waste into a valuable mainstream raw material, incentivising its collection and replacing the need to use virgin plastics,” said Jignesh Shah, co-founder at Deluxe in a statement issued by the company.

Speaking to YourStory, Rob Kaplan, Founder and CEO of Circulate Capital, said these factors made Deluxe an attractive investment for CCOF. He added,

“We are growth equity partners rather than a typical venture capital firm and started investing in India in 2020, a year after CCOF I was launched. Nearly 50 percent of our $100 million commitment is for Indian companies. We also invest in South and Southeast Asian market,” Rob Kaplan told YourStory.

The fund focused on ocean plastics in South and Southeast Asia was created by leading global corporations such as PepsiCo, Procter & Gamble, Dow Danone and others. Launched in 2019, the fund has already deployed $55 million across 11 portfolio companies and typically writes cheque sizes  ranging from $2 to $10 million, said Rob.

“The exit pipeline for us includes strategic trade outs with larger international recycling companies which would like to set up a presence in these countries but cannot do so without a local partner. Another pathway is secondary transactions as there is interest from large private equity firms,” said Rob.