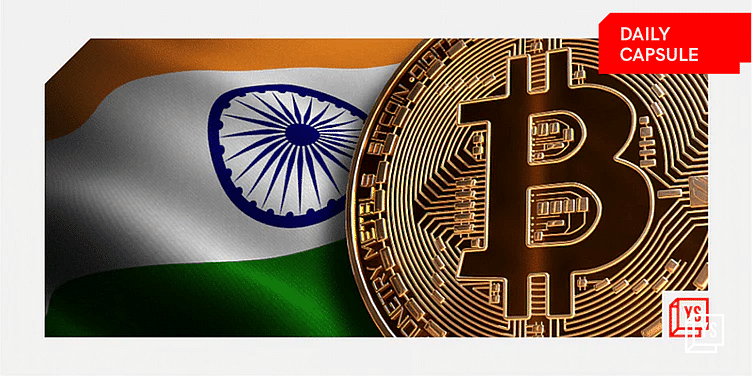 The Reserve Bank of India (RBI) is working towards introducing a digital Rupee (e₹).

Roughly 1 million Facebook accounts may have been compromised due to third-party apps disguised as photo editors, games, and health trackers. Parent company Meta announced that it has identified over 400 malicious Android and iOS apps that are stealing login information.

Meanwhile, the funding winter has truly set in as the first week of October saw $112 million raised by Indian startups. The last six weeks have seen equity funding hover around the $100-150 million mark, mimicking the caution of global markets.

Oh, and here’s a list of the best bars around the world…for you know, whenever you are jet-setting across the globe.

If you prefer something local, check out this weekend’s Curtain Raiser from YS Life.

Here’s your trivia for today: Where did potatoes originate?

The Reserve Bank of India (RBI) is working towards introducing a digital Rupee (e₹).

The central bank, which released a concept note on Central Bank Digital Currency (CBDC) on Friday, said it will soon commence limited pilot launches of e-rupee for specific use cases.

Top Deals of the Week

By next month, consumers in select pin codes in Delhi will be able to place orders for groceries via the ﻿Open Network For Digital Commerce (ONDC)﻿.

The government-backed digital commerce protocol was launched in beta mode across 16 pin codes in Bengaluru last week, the first public rollout after months of testing with select users across cities. YourStory spoke to stakeholders in Bengaluru to understand how the rollout is affecting their business.

K’taka says no to autos on Ola, Uber

The Karnataka state government has declared the auto services of app-based cab and bike aggregators ﻿Ola﻿, ﻿Uber﻿, and ﻿Rapido Bike Taxi﻿ are "illegal" again and has asked them to discontinue the services in three days.

The aggregators have had their run-ins with the state government since 2016, the most recent one being in March 2019.

Where did potatoes originate?

Answer: The earliest verifiable potato tuber remains were found in central Peru, dating back to 2500 BC.