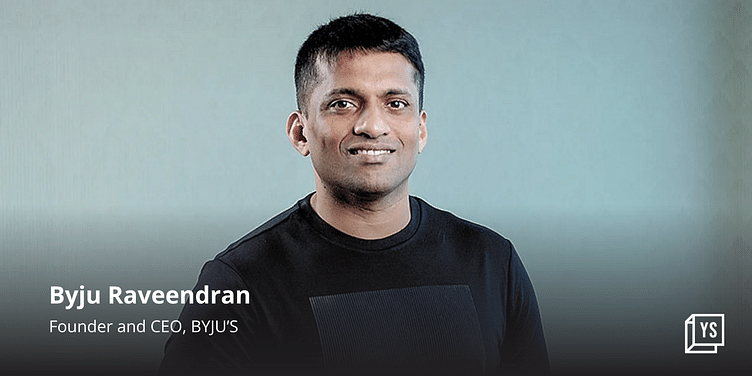 After announcing its measures to be profitable by March 2023, Byju's has now picked up $250 million in a fresh funding round from existing investors, including QIA.

Edtech startup ﻿BYJU'S﻿ has announced that it has raised $250 million in a fresh funding round from its existing investors, including QIA. The startup did not disclose the valuation for this round of funding.

In March 2022, BYJU’S had raised $800 million in funding, of which $400 million was pumped in as a personal investment from the company's founder Byju Raveendran. The company then was valued at $22 billion. According to several media reports, the current funding too was at a flat valuation of $22 million, though the company has not confirmed it.

YourStory has not independently verified these reports.

In a note shared by the company, Byju Raveendran, Founder and CEO, BYJU’S, said, “BYJU’S is now at that sweet spot of its growth story where the unit economics and the economies of scale both are in its favour. This means the capital that we now invest in our business will result in profitable growth and create sustainable social impact. Regardless of the adverse macroeconomic conditions, 2022-23 is set to be our best year in terms of revenue, growth and profitability. Continued support from our esteemed investors re-affirms the impact created by us so far and validates our path to profitability.”

The edtech company had last week announced that it is set to achieve group-level profitability by March 2023 with "a three-pronged approach". It is consolidating all its K10 India subsidiaries into one unit to leverage their synergies. Aakash Education and Great Learning, which are into test-prep and upskilling respectively, will continue to operate as independent units. BYJU’S will retarget its marketing budget towards overseas markets. The group said it is also strengthening its internal sales team for more efficient and effective consumer-centric lead conversions.

BYJU’S had recently said it will be laying off about 5% of its workforce across product, content, media and technology teams. According to a press statement, this is in a bid to avoid redundancies and duplication of roles.

According to the company, in FY22, it had registered accelerated growth at the group level, with its core K-12 business growing more than 150% and group companies Aakash Education and Great Learning doubling their revenue since acquisition. The company said it enjoys an "industry-best" net promoter score of 70 and an annual retention renewal rate of 80%. BYJU’S has over 150 million learners across 120+ countries.

(The story has been updated with information on current funding valuation from media reports.)