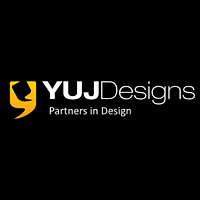 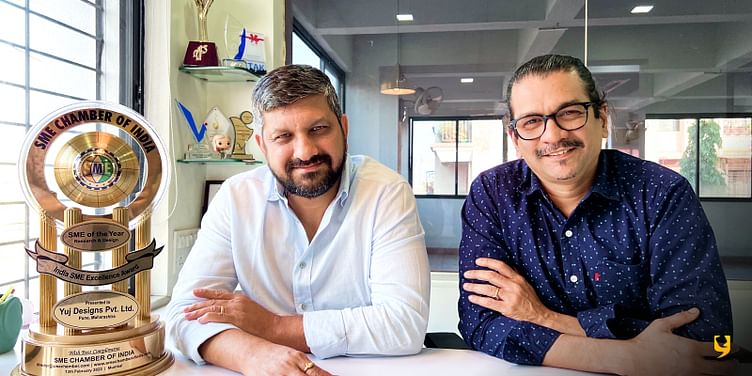 Growing at a 90 percent CAGR, YUJ Designs reflects the design philosophy of its founders Samir Chabukswar and Prasadd Bartakke and continues to create a design impact by humanising experiences.

User Experience (UX) design and research are witnessing phenomenal growth across the globe as enterprises leverage it to improve product experiences. UX Design is now ranked as one of the top five in-demand skills worldwide. The Government of India has included Design Thinking in its National Education Policy (NEP) and will be taught in the CBSE curriculum to foster a culture of ideation and innovation.

Clearly, the design landscape in India has evolved and UX Design is finally getting its due. But things were not the same when Samir Chabukswar and Prasadd Bartakke – founders of YUJ Designs – began their entrepreneurial journey in UX design.

Since the early 2000s, technology services had become the frontrunner for India. Until 2010, very few people were talking about UX design/usability in India. The entire focus was on technology services, and design was still a prerogative of the West. As Samir explains, “Everybody knew, if you want to code, you must go to India. But hardly anyone came looking for designs from India. We knew we had to bring cutting-edge design practices to India and prove that great design can come from India too.”

This conviction came from the experiences Samir had in his earlier stints - designing man-machine holistic systems as well as running several successful ‘usability’ projects for North American clients.

In a different world, Prasadd too had dealt with his own disappointments seeing the utter dilution of design. A stint in advertising and a job in the e-learning sector had brought him face-to-face with a grim reality that no one was willing to focus on what users really wanted. When every individual was different, he found the one-size-fits-all approach highly unfair. But that’s how design was being created then with a complete disregard for the core expectations and needs of users.

With a strong belief that design can change the world, Samir and Prasadd established YUJ Designs in 2009 - a specialist studio focused on delivering user and business value. Despite flourishing careers, the duo took the entrepreneurial plunge to alleviate the ill experiences of technology and humanise experiences.

Both knew it was time to set the right perspective for design and introduce its business value. After all, design had immense potential for business if it was leveraged correctly. Having worked with an established IT company, Samir had seen its impact. He had realised the real hero was design, not technology. Design was regarded as a mere tactical tool, but Samir knew it had to be holistic. In fact, the urge to understand its role better had compelled him to leave his one-year-old daughter behind to go to the US and learn Human Factors. His learnings are evident in YUJ’s distinct approach to design. Coupled with Prasadd’s uniquely curated research-based way of working, it enhances the scope and value of design.

While Samir went full throttle into building the business of design, Prasadd was consumed by his natural orientation of enhancing the efficacy of design with the right processes. He knew a research-driven approach was the only way to ensure its user-centricity. By refining a process several times, Prasadd curated a detailed approach to design with thorough research as its core. He explains, “I realised you need to spend at least 60 percent of your design time to understand the problem you are trying to solve. Only then would you be able to understand the challenges, pain points, motivations, frustrations, and behaviours of users.”

In a country where design was still not being taken seriously, the journey had several challenges.

There was virtually an absence of a domestic market for design. The few potential customers who opted for design had to be taught the real value of design. Right talent was hard to come by, as there were hardly any design institutions. In spite of these challenges, YUJ worked with some of the largest global organisations, establishing hybrid onsite-offsite teams, producing global design work.

Design at scale for impact at scale

Over the last 13 years, YUJ has maintained its focus on design and its impact on businesses. “We both have a design DNA. So despite having ample opportunities to grow our tech capability, we have stayed committed to design and its excellence. We have never diluted our value proposition for design. YUJ consists of 80 percent designers and 20 percent tech. But everyone is a designer at heart here,” says Samir.

Designers at YUJ are also groomed to become design consultants who go beyond the conventional brief. They imbibe the YUJ way of working involving extensive research to walk that extra mile and address the right user problem. “In most companies, research and design are different departments. I knew we had to position ourselves as design consultants, not mere designers, and make them understand that the one who conducts research is better equipped to design,” says Prasadd.

For more than a decade now, YUJ has been at the forefront of global projects. Having seen the then and now of design, Samir and Prasadd are on a perennial pursuit to improve the world with extraordinary design thinking. ‘Inspire, not impose’ is their motto. While Samir has always focused on the bigger picture, Prasadd is keen on changing it through thoughtful design.

Under their leadership, YUJ has worked across diverse sectors and geographies. With more than 220 UX design consultants, YUJ Designs has successfully curated B2B, B2C, and B2B2C experiences for over 200 global customers. A connected experiences app for a major automobile company recently earned it the coveted Reddot Award often referred to as the Oscars of Design.

YUJ aims to expand into multiple geographies with the same design philosophy, and work with the top 100 brands in the world while making a very high impact on human lives with a holistic design that goes beyond the screens.

While the design market in India is still minuscule as compared to North America, India has emerged as a leading supplier of UX designers in the world. Design from India is being appreciated and YUJ feels happy to have played its part to contribute to the UX revolution.

“The world is now talking about inclusiveness and sustainability; they may be forward-thinking concepts for most. For us, these are the very values we grew up with. They are ingrained in our culture. We believe, as Indians, we are better poised to deliver what the world needs in terms of design- holistic design. It’s just a matter of time before India emerges as a global design leader,” says Samir.