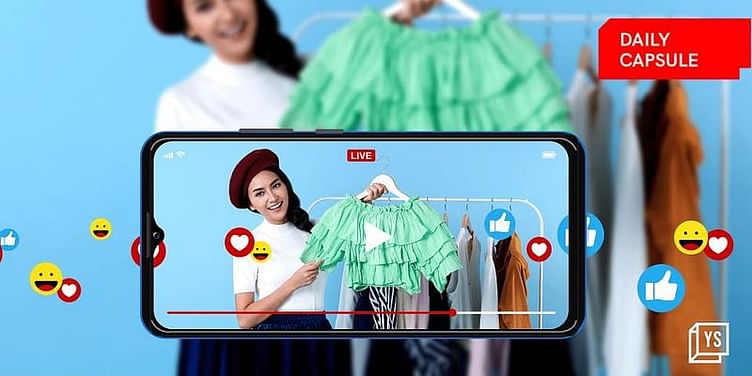 Live commerce is an idea whose time has come. However, financials, business models, and conversions are yet to be defined for the channel that is little more than a novelty in its current form.

The Reserve Bank of India (RBI) will commence its first pilot of Digital Rupee in the wholesale segment today.

RBI has identified nine banks to participate in the Operationalisation of Central Bank Digital Currency-Wholesale (e₹-W) Pilot. To be sure, the CBDC is aimed to complement, rather than replace, current forms of money and will be exchangeable with the rupee.

Meanwhile, domestic indices reflected global cues ending the day in the green, with BSE Sensex closing  above 60,000 while Nifty50 ended over 18,000.

Value is in the eye of the buyer?

Here’s your trivia for today: What is the name of Donald Duck’s sister?

Harnessing the reach of influencers and their following, live commerce gives the customers a better understanding of the product, making the experience more personal.

While still in the nascent stages, over 2,500 content creators in India are active on live commerce platforms. Brands like ﻿Myntra﻿, ﻿SUGAR Cosmetics﻿, ﻿Roposo﻿, ﻿Meesho﻿, and ﻿Nykaa﻿ now want a piece of the pie.

Hyperlocal delivery startup ﻿Dunzo﻿ grew its business by 94% in FY22, primarily on the back of quick commerce service Dunzo Daily.

"In FY22, we focused on putting Dunzo Daily on the q-commerce map in India. Our planned investments in people, delivery network and infrastructure supported our ambitious growth," said CEO and Co-founder Kabeer Biswas.

In the Middle East, one can transfer money either in cash or through online transfer. The region doesn't have the penetration of a payment method like Unified Payment Systems.

Faisal Toukan, his sister Sarah Toukan, and his friend Andrew Gold started Dubai-based fintech startup ﻿Ziina﻿ to solve for this gap. Ziina is a digital wallet, similar to Paytm and Amazon Pay.

What is the name of Donald Duck’s sister?