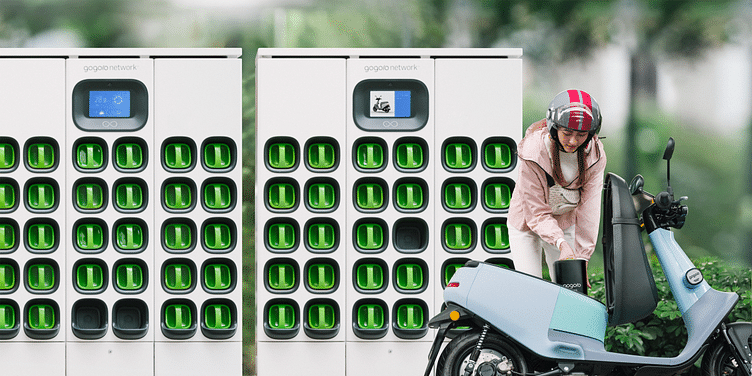 The company plans to roll out its India pilot this November in Delhi NCR with battery swap stations and electric two-wheelers.

Taiwan-based electric vehicle startup ﻿Gogoro﻿ plans to pilot its 6-second battery swapping stations in India. This will be the company's third pilot after Singapore and Indonesia.

The company plans to roll out its India pilot this November in Delhi-NCR with swap stations and electric two-wheelers.

Gogoro says over 125 million battery swaps take place annually through its 2,400 battery swapping stations across Taiwan and a total of 350 million swaps completed.

According to Kaushik, the reasons to expand to India are the size of the market and the government's push for electric vehicles (EVs) through various policies, which are giving international players "great confidence".

"The government is doing the right things by developing policies that will favour electric vehicle adoption. Of course, the size of the market is big,” he said.

According to Invest India, there were 13.92 lakh EVs on Indian roads as of August 2022, based on the data of Ministry of Road Transport and Highways, India. By 2030, this number is likely to increase by 45 million to 50 million EVs. It also added that India's automotive industry is worth around $222 billion, while the EV market in India is estimated to be valued at $2 billion by 2023 and $7.09 billion by 2025.

An August 2022 report by Invest India, in collaboration with Nomura Research, says there are a total of 1,800 chargers in the country.

The pent-up demand for charging solutions can be met by swapping stations, which could contribute to 30 to 40% of the EV market growth in India, if several conditions are met—introduction of government mandates and subsidies, policy frameworks that guarantee interoperability and safety, and battery swapping roadmaps for different segments, from two-wheelers and three-wheelers to e-commercial fleets.

According to Kaushik, Gogoro's focus would be to decarbonise the logistics sector. "We will do whatever it takes to make affordable products in India and then for the world. India is a global manufacturing hub for us."

Kaushik said that a combination of all the offerings of Gogoro—vehicles, batteries and battery swapping stations—would be part of the company's 'Make in India' plans. It plans to work with a local supplier and build an ecosystem.

In Singapore, the company has piloted two swap stations and 20 vehicles, while in Indonesia it has 400 vehicles and 7 swap stations.

The focus of the Nasdaq-listed company is to enter the B2B and logistics segment, where it would launch its own products.

Gogoro would work with its strategic partner Hero Motorcorp in the retail segment. The companies would have a battery swapping joint venture to set up swapping stations and bring electric two-wheelers to the retail market, which would work on Gogoro batteries. The vehicles are set to hit the market by the end of this year, according to news reports.

Gogoro works with multiple OEMs globally. It has 10 partners, including Yamaha, Suzuki, who use Gogoro's batteries and its battery swapping network. It also has a partnership with iPhone-maker Foxconn to manufacture its batteries globally. Hero Motocorp and Hon Hai (Foxconn) Technology Group are investors in Gogoro.