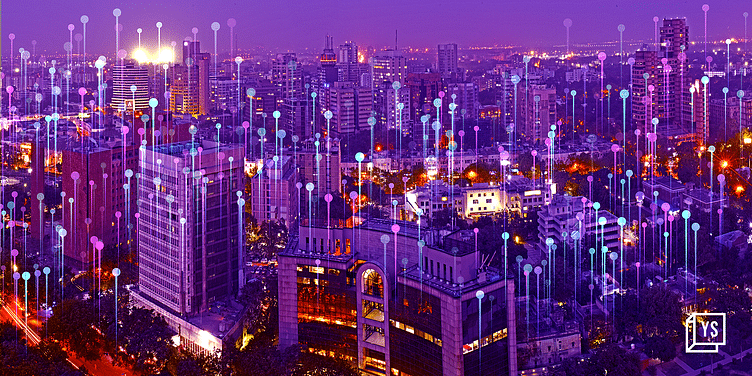 The Indian startup ecosystem continues to face testing times at the end of ten months of 2022. While October saw a 30.8% increase in monthly funding value with $1.18 billion raised across 91 deals—the third highest monthly increase after respective increases of 66.1% and 41.7% in August and June—offer no promising reasons to cheer about.

According to YourStory Research, on a month-on-month (MoM) basis, debt financing jumped 87.4X compared to $4.1 million raised across five deals during September 2022.

And this burgeoning leverage is not the only challenge for the ecosystem, as October saw a total of 91 deals—the lowest monthly volume in 2022—which was a 33.6% MoM decline compared to 137 deals during squeezed September, and also stood lower by 50.3% compared to 183 deals—the highest during 2022—in January.

Following the gloomy July and stretched August, the 30.3% monthly funding growth in October does not invite celebrations because early-stage deals worth $216.1 million were lower by 10.2% compared to $240.6 million in September, and 63.1% lower compared to March’s $585.3 million—the monthly highest for 2022.

Given that October 2022 fundraising is a little over 65.9%, lower than the $3.48 billion raised during October last year, and the volume at 91 deals is down by 38.9% on a YoY basis compared to 149 deals in October 2021, gives us much stronger reasons to reiterate on our earlier analysis of startup funding, where we had warned that the coming quarters would be an acid test for the ecosystem. The fear is also backed by the fact that October witnessed a decline of 69.3% in funding compared to January 2022—the best month of 2022—when $3.85 billion were raised across 183 deals.

Barring the 8,638.3% monthly increase in debt financing, October has witnessed a respective MoM value decline of 10.2%, 65.2%, and 410.6% in early-stage, growth-stage, and late-stage deals. Compared to the monthly highs during 2022, the respective stages have seen an average of over 77.0% during October.

The major worrying factor is the 38.8% MoM decline in the number of pre-Series A deals, which fell to 49 from 80 in September. Also, compared to March, which saw the highest pre-Series A deal count of 92, the absolute decline in October stood at 46.7%. The dip in pre-Series A is also mirrored in the YoY analysis, as the month gone by saw a YoY decline of 50.9% in deal value and 40.8% in the deal count, which stood at $10.81 million across 69 deals in October last year.

In terms of the top sectors, edtech and educational services accounted for 24.9% of the October total, with eight deals raising $295.1 million, followed by a 15.6% share of software-as-a-service (SaaS) startups, which raised $184.8 million across 12 deals, while fintech and financial services followed at number three with 12.0% share of the monthly total as 11 startups raised $141.9 million.

As funding winter woes rise, consolidation is bound to have an increasing occurrence in the startup ecosystem, where funding is easy to come by.

Based on this belief, YourStory Research has been keeping a tab on the merger and acquisition (M&A) activities unfolding in the ecosystem. And, October mirrored part of the pain seen in the funding ecosystem, as seven of the 14 M&A deals were clinched in the edtech sector. While food and beverages saw two deals, there was a deal each in the ecommerce, fintech, and electric vehicles space.