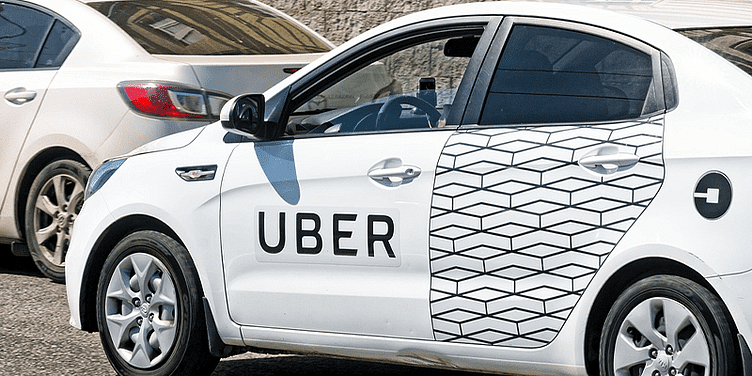 Shares of ﻿Uber﻿ surged on Tuesday after the company said there is little evidence that Americans are pulling back on hailing rides or ordering food deliveries despite soaring inflation.

"Cities are reopening, travel is building, and more broadly, a continued shift of consumer spending from retail back to services," said CEO Dara Khosrowshahi.

He added, "We've seen these trends continue into the fourth quarter with October tracking to be our best month ever for mobility and total company gross bookings."

The company expects fourth-quarter gross bookings to rise 23% to 27% from last year, totalling $30 billion to $31 billion.

In the most recent quarter, gross bookings increased 26% to $29.1 billion, or 32% on a constant-currency basis. Trips grew 19% to about 21 million trips a day, on average.

The San Francisco ride-hailing service struggled during the pandemic amid lockdowns but has thrived with the rollout of vaccinations as Americans head back to the office, go out on the town, or stay home and order dinner from a restaurant.

Uber had struggled to find enough drivers to meet demand, and last month, the Biden administration proposed new standards that would make it more difficult to classify millions of workers as independent contractors.

That could affect companies like Uber, and company shares on the day the proposal was released tumbled by double digits.

Khosrowshahi said on Tuesday that any ruling along those lines "effectively returns us to the framework during Obama's presidency, which was a framework in which we grew significantly."

He said there is an ongoing dialogue with states about how workers are classified and providing protections for independent contractors.

"The road is going to be bumpy, and for us, the nature of work is always going to be a big issue that we have a responsibility to shape going forward in dialogue obviously with local governments," Khosrowshahi said.

Industry analysts see tailwinds ahead for Uber as life returns to normal after the pandemic.

"Uber is continuing to see healthy growth as the driver shortage is essentially over, while the company continues to benefit from travel returning, shifting to the office, and other post-pandemic trends continue to hold globally with Uber poised to benefit into 2023," Wedbush's Dan Ives wrote Tuesday.

Third-quarter revenue rose to $8.34 billion from $4.85 billion. This beat the expectations of analysts surveyed by Zacks Investment Research, who predicted $8.08 billion in revenue.