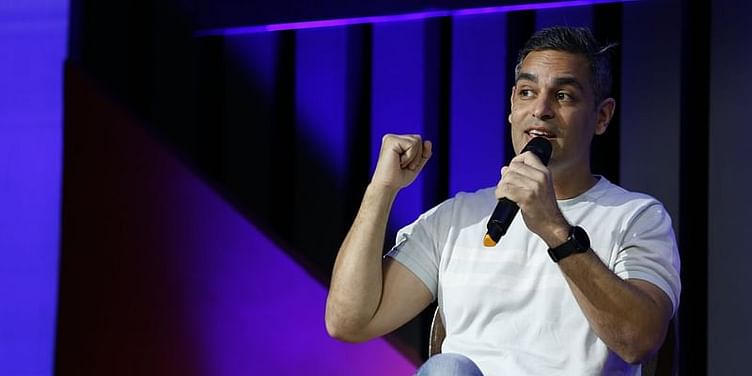 There are very few people who can work up a room like Ankur Warikoo and today was no exception. The crowd gathered at his fireside chat with YourStory Founder and Chief Executive Officer (CEO) Shradha Sharma at TechSparks 2022 were tantalised by his candid remarks, as he talked about his failures, his presence on social media, and 'doing epic sh*t'.

Ankur confessed that he'd made several mistakes during his entrepreneurial journey and got caught in the hustle of it all—chasing growth while ignoring profitability—all while entering a cocoon of his own.

"I was drinking my own kool-aid in that sense," he quipped, breaking into a soft laugh.

For the former CEO and founder of Nearbuy and Groupon India, nothing is off the table when it comes to discussing his past. He has seen businesses at their best, and, more importantly, at their worst.

Recalling his days as the founder of Nearbuy, a hyperlocal experience discovery platform, Ankur shared an anecdote about bagging a $17-million cheque from Sequoia. "In my head, it was lower than what we should have raised," he said.

Ankur also pointed out what went wrong with Nearbuy. Venture Capitalists (VCs) will leave entrepreneurs, he said point blank. "The truth is, they will eventually exit you. They (VCs) are not in the business of building business, they are in the business of entering and exiting businesses."

Later, in an impromptu session in the afternoon, Ankur sat down with delegates to discuss social media, where, according to him, trust plays a big role. Unlike elsewhere, Ankur said, India runs on trust. "The minute you have trust, you can sell anyone anything," he said, adding that he owes a lot of his success on social media to trust.

"I think of content as a way to build a distribution and use it as a trust engine. I never sell anything ever. My content is meant to add something to your life," he emphasised.

As far as his future goes, Ankur has his sights set on education. "I have long believed myself as a teacher," he noted, adding that his courses offer a flavour of this ambition. He juggles a digital media firm and provides upskilling courses, besides thriving as a content creator, with nearly 2.3 million subscribers on YouTube alone.

His recipe for success? Be your authentic self. "Don't try and impress people, do your own thing and see who it impresses... that is your tribe," he advised. He also noted in the earlier session that he doesn't allow what people say online to faze him. "I never let what people think of me get to me, and that is my superpower," he said.

Social media is often associated with achieving virality. But Ankur thinks otherwise. "Content is a long-term play... What matters is not who is making content right now, but who will continue to make content in the future," he observed.

As he exited the hall, delegates flocked behind him. Some reached out for a selfie, while others extended their copies of his book Do Epic Sh*t for an autograph.

There is an undeniable spark in him that makes people sit up and listen. What's his secret? He believes it's "unadulterated honesty".

"Be truthful to yourself. Who would you rather be than not yourself?"