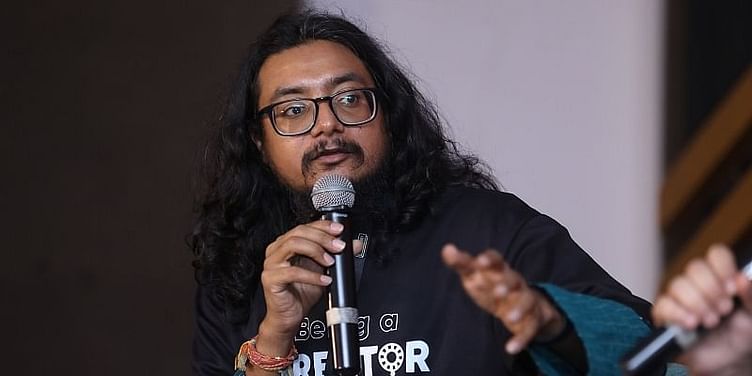 In the latest edition of TechSparks, YourStory's flagship event, content creator and consultant Manish Pandey and HYPD co-founder Ashwarya Garg go deep into what it takes to be a success in India's creator economy.

With 80 million creators and counting, India's creator economy is fast-becoming one of the most lucrative in the world. But being a content creator is no longer a side hustle or hobby but a full-time gig.

Doing this, though, requires motivation and persistence. While some creators often give up the ghost after meeting early resistance, often blaming the algorithms that govern social media platforms, Pandey stresses that this isn't an excuse.

"Algorithms are in place, but it is the storytelling that is winning. Whichever content creator is growing today is doing so by beating the algorithm with constant persistence and hard work," he said. Pandey is part of the leadership team at Josh Talks, a vernacular multimedia platform based out of Gurugram, Haryana.

Putting in the hours, however, is only half the challenge when it comes to making a living from content creation. Monetisation is the other big hurdle. Creators deserve fair compensation for their effort, said Pandey. He offered the example of a single 60-second Reel. A creator puts in at least 48 hours of effort for this, he explained.

The problem, however, is that while creators may drive business for platforms, fair profit-sharing is something that has traditionally been absent, said Garg. Figuring out how to help creators earn fairly from their work is what motivated Garg and his co-founder Akshay Bhatnagar to start HYPD in 2020.

“Content creators were like virtual billboards for the longest time. We realised that it needs to be fixed if the creators were still only being paid peanuts,” said Garg.

Translating online content into cold, hard cash, though, is its own art. Don't chase reach and impressions, chase trust instead, was Garg's ultimate message to content creators. “Content builds relationships, and relationships build trust, and trust is what brings revenue.”