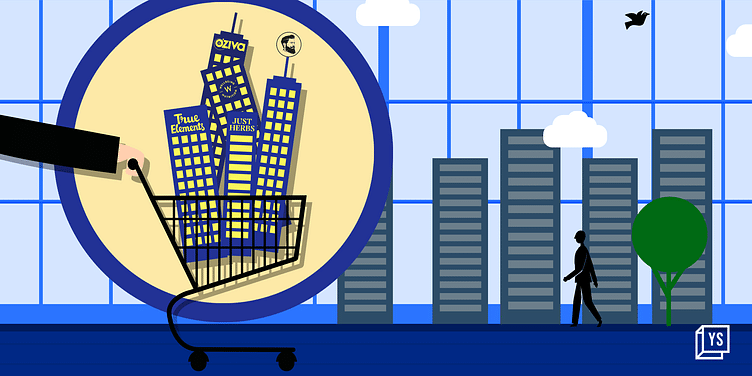 While the funding winter has not dimmed interest in D2C brands, it has managed to shake up notable FMCG and consumer product firms, with many of these companies announcing a move to ecommerce with digital-first brands.

Despite a strong funding winter there is an unlikely warm spot. It appears that the Direct-to-Consumer (D2C) sector has been warming up with keen interest from strategic investors.

The interest has managed to shake up notable FMCG and consumer product firms, with many of these companies announcing a move to ecommerce with digital-first brands.

This momentum isn’t slowing down anytime soon. Nearly $247 million capital was invested in D2C brands till October 30, 2022. Of this, nearly $38.7 million came from large and mid-sized FMCG and consumer goods companies, data from Tracxn shows.

“In the past three years, the D2C space has exploded with brands raising considerable capital. This has created brands with scale, differentiation, consumer traction, product affiliation and to some extent capability readiness,” says Rishav Jain, Managing Director with Alvarez & Marsal India, who leads consumer internet, consumer, retail and agribusiness practice.

However with recent changes in global macroeconomic environments, raising capital has become tougher adds Rishav. D2C also witnessed a 36% decline in funding activity and 50% fall in volume, according to a PwC India study.

Total funding into the sector touched a two year low in the September 2022 quarter at $2.7 billion, across 205 deals, the PwC India study found. Apart from edtech and ecommerce B2B, funding activity declined across all sectors during the third quarter of CY2022.

Most experts are optimistic, pointing to the fact that these numbers will only grow, given the squeeze in new investments from institutional investors and an aggressive push towards creating a D2C portfolio by larger companies.

Shifting from an acquisition-driven approach a few years back, FMCG entities and large companies are now willing to back D2C brands as minority investors say experts.

“A few years back, the companies used to acquire D2C brands or their venture arm would invest in them. Now, they are following a multi-pronged flexible approach depending on the stage of the target brands,” says Dipanjan Basu, Partner and CFO at Fireside Ventures. This approach benefits larger companies as they have the chance to explore synergies with these D2C companies without the hassle of acquiring a team.

In some cases this could also require larger companies to invest in a small ways to help build these synergistic networks, Dipanjan says. “This builds trust and the strategics can evaluate a path to acquisition keeping in mind the best interest of all stakeholders over a period of time,” he adds, citing the example of Bombay Shaving Company which has both Colgate Palmolive and Reckitt Benckiser on their captables.

Add to this, several large consumer companies like ITC and L’Oreal are investors (LPs) in Fireside Ventures.

There is a flipside to funding downturns for D2C companies. It has led them to actively seek out partnerships to continue sustaining their businesses and build scale. “In March, we could see that the markets were not overly optimistic…We weren’t scaling in a cost-effective manner and needed a partner, otherwise we could not sustain for two to three years. Also if we did not scale, we would spiral down due to increasing competition,” Puru Gupta, Co-founder and CEO of food brand True Elements tells YourStory.

Puru found that while True Elements had offers from private equity players, the valuation wasn’t right. It was possible that a private investor would push for returns in about four years’ time, unlike a strategic who would enter the captable as a longterm backer. The firm eventually found its match in FMCG major Marico who acquired a 54% stake for an undisclosed amount in May.

Most large conglomerates have separate structures to acquire and scale D2C brands and to run them entities with the agility of a startup and retain its founders as talent.

In these cases, the captable is often skewed in favour of investors who take a controlling majority or significant minority stake in these brands offering an exit to early investors. Larger ownership and consolidating the shareholding helps these large players and D2C brands align their interests.

In more ways than one, COVID-19 was a turning point for the FMCG and consumer goods companies. It forced several of these firms to accelerate towards online shopping, pushing large entities to invest in different offerings besides their own mass-market brands.

In the past year, about seven FMCG companies, including Emami, ITC, and Tata Consumer, have invested in D2C startups.

“ITC is looking to scale up its presence in the fast-growing D2C channel. The company's multi-pronged strategy in this area encompasses ramping up operations of its own D2C platforms,” says B Sumant, Executive Director of ITC.

Some of these strategies included investing in a number of tech-enabled startups, he added.

This is reflected in some of its most recent moves. In October, ITC increased its stake in baby and mother care brand Mother Sparsh to 22% for an estimated Rs 13.50 crore. The cigarettes-to-hotels conglomerate has its own D2C portal where it sells products ranging from atta to biscuits and stationary.

Marico MD and CEO Saugata Gupta said that the company’s portfolio of digital brands were likely to double from an annual run rate of Rs 250 crore to Rs 450 crore- Rs 500 crore, in an interview with YourStory earlier this year.

Chennai-based Cavinkare has also been growing its D2C vertical shortly after the pandemic.

Besides this, these firms are also looking to engage directly with consumers. FMCG companies like Dabur and Nestle have launch their own online platforms.

“Created specifically keeping the consumer needs in mind, we are confident that MyNestlé will delight the consumer in every way with curated product bundles, personalized gifting and subscriptions,” Nestle India said in response to queries from YourStory. Mynestle.in will subsequently expand to other parts of the country after its launch in Delhi NCR.

If the funding winter continues, experts believe that strategic investors will gain a significant holding in the D2C market. It will be interesting to see how the dynamics of the market and valuations change next year.