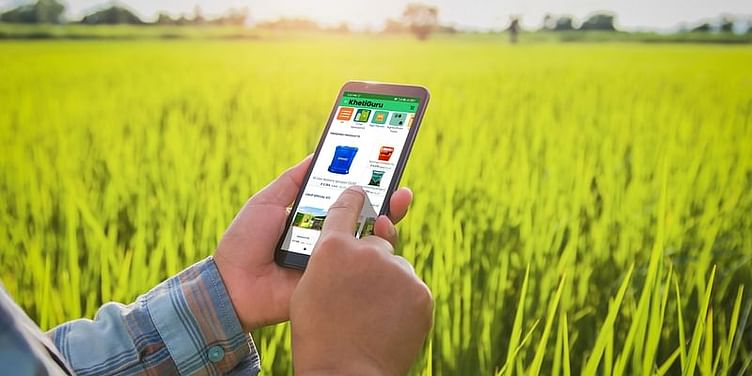 As per a report by Avendus Capital, titled 'Agritech – Leading the next decade’s technology-first value creation', the sector will create tremendous stakeholder value given the sheer scale of the agriculture economy in India.

India is among the top four food-producing nations in the world. However, multiple structural issues prevail across the various stages of agriculture.

These issues were propelled further with the onset of COVID-19, with tech implementation seen as a challenge in this sector.

Agritech is anticipated to lead the next wave of technology-first impact by growing at a compounded annual growth rate (CAGR) of ~50% (highest in technology space) over the next five years, and thereby addressing a $34 billion market by 2027, according to a new report by Avendus Capital.

Per this report by Avendus Capital, titled Agritech – Leading the next decade’s technology-first value creation, the sector will create tremendous stakeholder value , given the sheer scale of the agriculture economy in India.

Avendus says two to three companies will become worthy of launching IPOs over the next three to five years.

"In India, FoodAgtechs are creating significant impact having built a solid foundation. It is a $25 billion GMV opportunity by 2027," the report states.

Here are some of the key highlights from the report

Individual food crops have their own nuances and agritechs have achieved significant initial traction by creating a niche focus on a particular category of crops (perishables/non-perishables). Once agritechs create an element of initial trust among stakeholders, they exponentially expand into other categories. Allied services like crop advisory, warehousing, and quality testing are used as hooks for farmers/institutions to bridge the quality-quantity differential existing in these massive supply-chains for farm inputs and outputs.

While there are large global outcomes in the sector, Indian agritech will be a Bharat-first story, given the unique characteristics of farming in the country. There are a sizeable number of interesting outcomes across the value chain from farm to fork, with most players operating in the B2B segment and a few in the B2C segment. These India-first innovations in production, supply-chain or market linkage, quality assessment, and digital traceability have the potential to become ‘from India to the world’ solutions.

Rural India is gradually warming up to using technology platforms for ecommerce and content. Companies find it easier to initially engage farmers to provide input delivery and advisory services. They are also building a community of farmers by enabling and empowering through technology a feet-on-street model via local entrepreneurs, input retailers, traders, among others. Considering a substantial value to be captured lies in post-production, agritechs have expanded their reach and scale by adding a layer of commerce on to the information layer of advisory, creating an integrated platform play.

Agritechs have experimented, pivoted, and figured out the right business models for scalability and the path to profitability. Several of these companies have evolved with a strong focus on demonstrating healthy economics and capital efficiencies, while building strong moats in farmer engagement, supplychain and deep-tech solutions.

Inflection point for the agritech market

The agri-ecosystem is witnessing increasing adoption of internet and technology with rural India poised to lead the internet adoption of the next 500 million Indians. COVID has contributed significantly to this shift with upto 10x GMV growth of agritechs, improving economics, and a host of new entrepreneurs entering the sector over the last two years, which led to increased PE or VC funding. About 63% of the total liquidity has been injected in the sector in the last two years alone. Going forward, it is expected to witness higher deal activity led by growth funds followed by IPOs in the latter half of the decade.