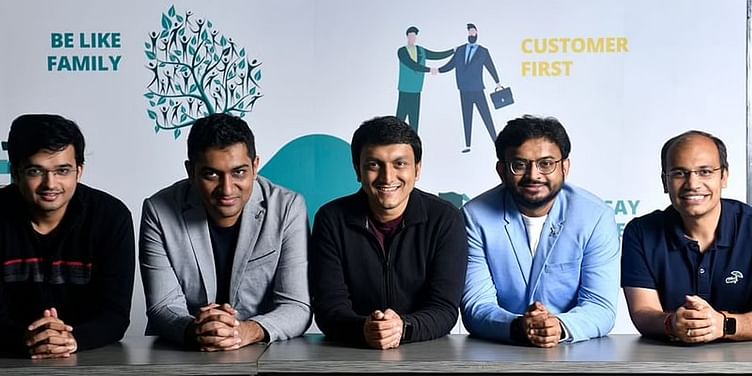 Online pharmacy and healthtech platform PharmEasy, which recently withdrew its IPO due to 'market conditions and strategic considerations', witnessed a bigger loss for FY22 as employee benefit expenses surged more than five times.

The online pharmacy and health tech platform, which recently withdrew its IPO due to "market conditions and strategic considerations" witnessed a bigger loss for FY22 as its employee benefit expenses surged more than 5x during the year.

The company’s employee benefit costs surged to Rs 1,459 crore in FY22, accounting for nearly a sixth of the company's expenses,  from Rs 270 crore in FY21, the regulatory filings showed.

However, excluding exceptional items or one-time loss on impairment of goodwill, the e-pharmacy unicorn reported a loss of Rs 2,731 crore during the year, the filings showed.

PharmEasy's total revenue, however, more than doubled to Rs 5,729 crore in FY22, citing a 2.5x rise in its operating income, from Rs 2,335 crore a year earlier. The company recorded operating revenue of Rs 5,781 crore for FY22.

According to the filings, PharmEasy's other income, including interest income from fixed deposits and loans, also jumped 2x to Rs 58 crore.

Founded in 2014 by Dharmil Sheth and Dhaval Shah, Mumbai-based PharmEasy has raised a total investment of more than $1.12 billion across 16 funding rounds over the years. The company is backed by investors such as Temasek, B Capital, Prosus, Steadview Capital, and Nandan Nilekani's Fundamentum Partnership among others.

PharmEasy was last valued at over $5 billion, when it raised funds in October 2021. One month later, it filed draft papers with India's markets regulator for its IPO.

The company also expanded into lab testing with the acquisition of a 66.1 % stake in Thyrocare Technologies Ltd (Thyrocare) from Dr A Velumani for about $600 million in June 2021. This marked PharmEasy’s second acquisition in 2021. In May, it acquired Medlife for an undisclosed amount.

Pharmeasy, which raised an undisclosed amount in debt funding from EvolutionX Debt Capital in November, entered the coveted billion-dollar club in April last year after raising $350 million in a Series E funding round led by Prosus Ventures and TPG growth, at a reported valuation of $1.5 billion.