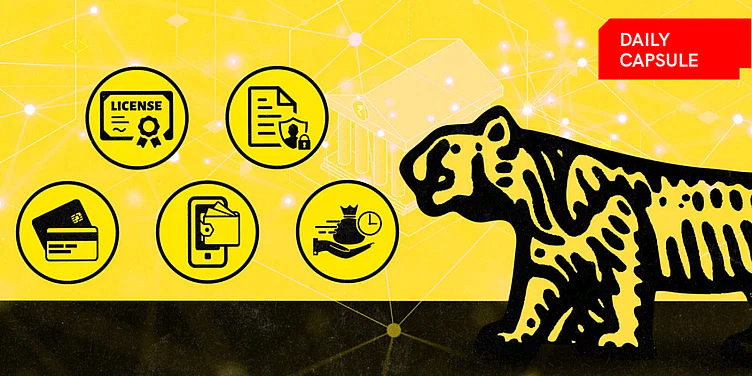 YourStory spoke with sector experts to understand what fintechs, particularly in the lending space, could expect in 2023 from a regulatory point of view.

﻿Flipkart﻿ and digital payments unicorn ﻿﻿PhonePe﻿, which is preparing for its IPO,﻿ are going their separate ways. The move makes PhonePe a fully India-domiciled company.

Meanwhile, API Holdings Ltd, the parent company of ﻿Pharmeasy﻿, reported a net loss of Rs 3,992 crore for FY22 against Rs 641 crore in FY21.

The online pharmacy, which recently withdrew its IPO plans due to "market conditions and strategic considerations", witnessed a bigger loss for FY22 as its employee benefit expenses surged more than 5X during the year.

ICYMI: This holiday season, look at the most unique Christmas tree—on a beard!

And as you unwind this weekend, check out the top celebrity outfits of 2022.

Lastly, from moon landings and private space travel to a visit to Jupiter’s moons–check out the lineup of space events for 2023.

Here’s your trivia for today: When was the first Christmas card printed?

Fintech startups came in for a hard realisation this year—always anticipate regulatory conflict. With the Reserve Bank of India (RBI) undertaking a closer oversight of the sector this year and issuing guidelines that changed the course of several startups, particularly for digital lenders, it’s become imperative to stay within boundaries yet to be drawn.

YourStory spoke with sector experts to understand what fintechs, particularly in the lending space, could expect in 2023 from a regulatory point of view.

Nagaland: For travellers, not tourists

Nagaland had always been a distant and remote land—a place of mystery that remained elusive to the ‘north Indian,’ and one that even novelist Easterine Kire’s writing couldn’t unravel.

It is a land of folk tales and superstition, a collection of hills mired in decades-long conflict, a place fragmented between warring tribes.

Land of the brave:

A show of promise with faster adoption

While the country has committed to lowering its climate burden, the climate tech industry is still at a nascent stage, growing rapidly.

When was the first Christmas card printed?

Answer: The first mass-produced Christmas card was printed and on sale in the UK in 1843.