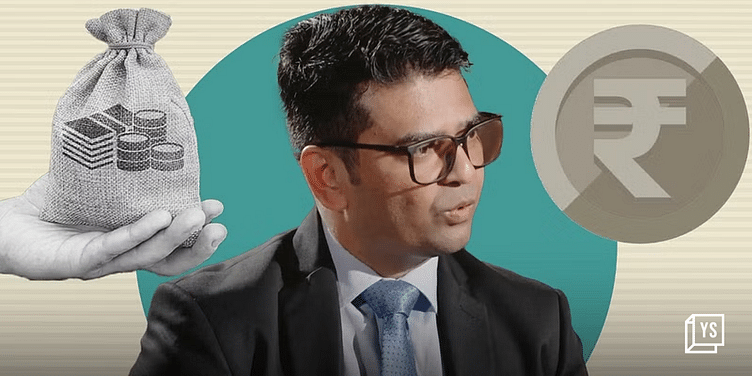 Raul Rebello, COO of Mahindra Finance, talks about the company’s recovery post-pandemic and why it is bullish on growing consumer demand from the rural and semi-urban sectors.

Raul Rebello, as the COO of Mahindra Finance, managed the rural markets when he joined the company last year. Prior to that, he was associated with Axis Bank as EVP and Head of Rural Lending and Financial Inclusion.

“Knowing that Mahindra Finance, in their two-and-a-half decades of existence, largely had the very same principles and objectives that I fashioned my career, which was impacting rural households and improving rural livelihoods, for me, there was no better alignment,” Raul tells Shradha Sharma, CEO and Co-founder, YourStory.

In his nearly two decades at Axis, he focused on impact-based commercial lending, starting with agricultural lending. He then eventually oversaw the entire rural and financial inclusion, handling about Rs 40,000 crore of assets under management, primarily directed towards rural and semi-urban customers.

Raul also agrees that a more extensive penetration of the non-banking financial companies (NBFC) in the microfinance sector and the vision to expand deeper into the rural markets contributed to his move to this sector.

The NBFC sector—heavily impacted by the first wave of COVID in 2020—faced headwinds again when the second wave struck in March 2021. Mahindra Finance, which majorly caters to the unorganised sector, was hit the hardest during the pandemic, and disbursements were severely impacted.

Instead of brute collection techniques, Mahindra Finance approached it empathetically. “A lot of our customers, who are taxi operators, school bus drivers; we realised that their livelihoods just got disrupted badly,” he says.

Beginning late last year with recovering profit margins, the company reported a consolidated net profit of Rs 240 crore for Q1 this year, aided by a fall in expenses and higher income from business operations.

Several factors contributed to this growth.

While most NBFCs around the country faced capital constraints, Mahindra Finance was well capitalised, with its capital-to-risk-weighted asset ratio (CRAR) well above the stipulated level of 15%. The existing capital cushion helped the company to lend aggressively post the second COVID wave.

This growth was supported by flexible restructuring for microfinance by the Indian government through a more enabling policy and legal and regulatory framework that eased the cash flow disruption.

“We cover about three and a half lakh villages in India, and we have got more than 20,000 feet on the street. We used all of this post the second wave to get back on track very swiftly, and now we're seeing robust growth,” Raul shares.

Regardless of falling repo rates, the company plans to double its loan book by 2025. “This bullish posturing is possible because of the last four-five years of muted growth, which means pent-up demand.”

He adds that this, combined with refinancing through product line diversification and growing customer reach in the metro-urban markets, is much reason for confidence.

In fact, with the Thar and newer models of Scorpio, “the company is seeing about 20-25% market share in the utility vehicle space, which we never had before.”

Raul finds it satisfying to serve the population living in rural and remote areas of India. He says, “We pride ourselves to be someone who's very well connected and relevant to the rural and semi-urban customers, and with our 20,000 employees, we feel the pulse of the economy.” And continues, “There's a distinction between discretionary spends and spending wherein the rural community invests in an asset category that influences their income.”

Only 15-20% of 60 million small and medium enterprises (SMEs) are funded. The rest, however, base their business models on informal credit. “And that's where a lot of financial institutions have realised and created business models to get this growth up,” Raul says.

“Within SME, we understand the auto ancillary business; we understand the food agri processing business. And, that's where we are participating mobile initially because this is congruent to our acumen,” he continues.

“We are participating more bullishly on the supply chain side because when you have an anchor, it is better for a player to get visibility on the cash flows,” he adds.

Banks bring the muscle of capital to the table, which helps them build large and sustainable business models. But where banks play it safe, fintech startups—by developing narrowly defined but highly effective solutions—manage to step into and take over segments neglected by traditional banks in terms of offerings.

“Financial inclusion was a buzzword. But a lot of the tailwinds of investments made by fintech and microfinance companies have helped us to come where we are today,” says Raul.

For the Reserve Bank of India (RBI), privacy is a crucial thing. It wants to protect customer data and data privacy with the amount of democratisation of financial services.

Traditionally, NBFCs have assumed systemic importance due to their interlinkages with the banking sector, capital market, and other financial sector entities. However, fintech startups are evolving as the modern bridge between formal and informal financing.

Globally, the investment arms of big banks, including Citigroup Inc and Standard Chartered Plc, have invested in fintech companies over the past few years. In India, the trend is gaining momentum now led by consumers adopting digital solutions.

He adds, “There is a lot of potential for collaboration between fintech startups and banks. Both have unique value propositions to ensure the proliferation of financial services.”

Potential opportunities could combine product design and development capabilities of the fintech startups with distribution and infrastructure capabilities by banks, where the end consumer benefits the most.

Road to building a lasting institution

Raul urges entrepreneurs to be distinctive in their offerings. “If you do not have a compelling proposition for the customer—not just from a tactical but also a quarterly point of view—it's difficult to stand out in the market.”

While every brand tries to be different, its core values make it trustworthy and unconventional. “Because everyone has a me-too solution. And, if you don't have that edge, it's difficult to appeal to your target customer,” he explains.

Raul also emphasises the importance of developing behaviours at the foundational level. “Whether it's on a high level of ethics, being sensitive to the end customer, transparency—all of these are behaviours that have to be practised on a day-to-day basis.”

He says, “The minute everything is commoditised, there's no value to your offering. Sadly, a lot of financial services are getting commoditised. Everyone has an app that does the same thing. So, how do you distinguish yourself, and how do you differentiate yourself from the clutter?”

NBFCs, also referred to as shadow banks, face difficulties to operate in completely collateral-free financing. However, they have been providing finance to India’s micro and small-preneurs, consistently contributing to economic growth.

The World Bank has estimated MSMEs in India face a credit gap of $380 billion. NBFCs will continue to play a pivotal role to ensure prosperity and growth in ‘Bharat’.