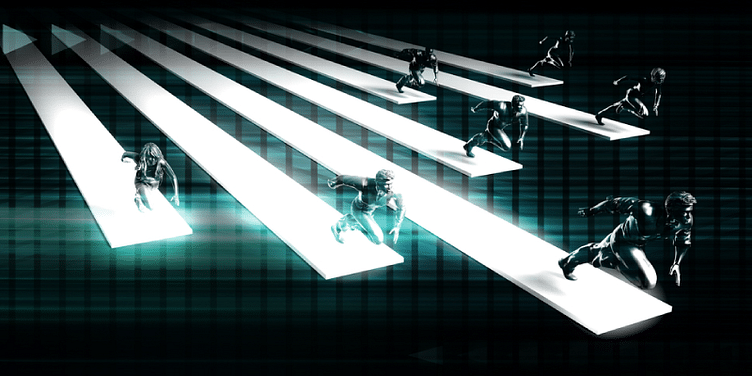 The present funding environment is momentary as broad macroeconomic indicators in the country are all in favour of Indian startups, says a report from Elevation Capital and Tracxn.

Funding winter remains the buzzword for Indian startups but the ecosystem stares at a trillion-dollar tech ecosystem waiting to be unlocked over the next decade, according to a report by Elevation Capital.

Titled 'India Pulse 2022,' the report was compiled by the VC firm in association with Tracxn. It highlighted how a few parameters like the number of internet users, online retail and advertising spend, SaaS revenue, and digital vertical have seen exponential growth over the last decade.

It cites the International Monetary Fund (IMF) forecast about India poised to be one of the fastest-growing economies over the coming years. As Ridham Desai, Chief Equity Strategist for India at Morgan Stanley, noted, India is set to surpass Japan and Germany to become the world’s third-largest economy by 2027, and will have the third-largest stock market by the end of this decade. This change will be led by technology-based startups.

However, the report from Elevation Capital acknowledges that investors will be cautious in 2023 as macroeconomic conditions still remain uncertain and company valuations continue to correct with lower growth expectations. On the other hand, Indian startups will continue to remain an attractive asset class for investors globally.

Ravi Adusumalli, Co-Managing Partner, Elevation Capital said, “We at Elevation Capital believe that such ‘bear’ markets produce the best ‘bull’ companies and remain excited about investments across all key sectors in India.”

The report is released at a time as India grapples with funding winter with a 73% decline in VC funding from the fourth quarter of 2021—which broadly mirrors the decline in the US (61%).

The report also highlighted how India is facing macroeconomic headwinds. Inflation rose from about 4.3% in December 2021 to 7.4% in September 2022. The GDP growth estimates have also been revised lower.

However, Indian startups remain an attractive asset class for investors globally and domestically. This is supported by the recent fundraising announcements of the India-dedicated funds which bear witness to the significant capital waiting to be productively deployed.

The venture capital industry in India made major strides as $120 billion was invested in India in the last 10 years and 50% of that was just in the last 2.5 years.

The report notes that the active investor base in India has seen significant expansion. Several seed funds and family offices have debuted or raised funds for early-stage rounds, becoming more significant in the pre-seed to Series A stages. Individual investors are ramping up with angel activity growing by 2X from 2016 when there were around 5,000 unique angels who participated in investment rounds to ~10,000 in 2021.

The number of institutional funds investing in India has also increased from 240 in 2011, to 1,100 in 2016, to 2,780 in 2021. Today, founders across early and growth stages have access to both, Indian, and international pools of institutional capital.

In addition, India has also emerged as a beneficiary of China’s crackdown on new-age tech. With ample global liquidity and a riskier outlook on China, India is becoming a lucrative investment for global venture capitalists, the report noted.

Global marquee funds such as Insight, B Capital, General Atlantic, and Catalyst have all set up India-dedicated teams to lead rounds across different stages. The Indian startup ecosystem reached an all-time high in 2021 fuelled by VC investments, and $41 billion were invested in India, which is a 17X increase over the last eight years.

The unicorn community has made significant contributions to strong strides made by the Indian startup ecosystem. While it took MakeMyTrip 10 years to cross the billion-dollar valuation mark in 2010, India is now creating unicorns at an accelerated pace, and startups are taking less time to gain the coveted status. Mensa, Global Bees, and Yubi, formerly known as CredAvenue became the fastest startups to enter the coveted unicorn club in record time—at six months, seven months, and 1.5 years, respectively.

According to the report, successful large tech companies give birth to more entrepreneurs from their leadership cadre. More than 165 companies have been founded by ex-Flipkart employees alone. With a significant improvement in the quality of the founding teams, a sizeable pool of high-quality technical talent, and larger TAMs that are more easily accessible, this acceleration is also indicative of a fundamental orbital shift in the Indian ecosystem, the report added.

(The article was updated with CredAvenue's new name.)