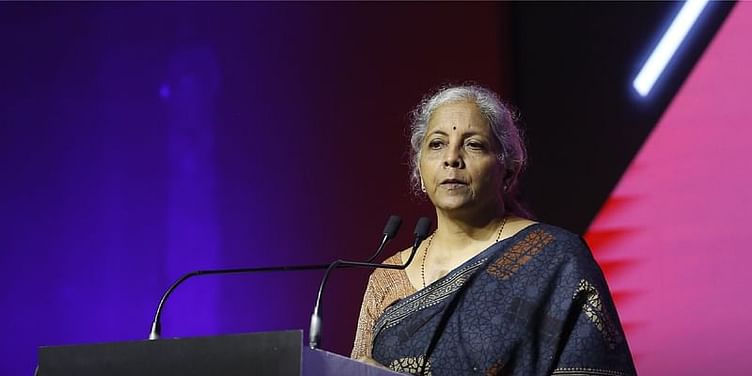 India has taken over the presidency of the G-20, which is a grouping of 20 developing and developed nations, for the current year from December 1, 2022.

India will take up developmental issues of the Global South at the meetings of the G-20 countries emphasising that there should not be any first world or third world, but only one world having a common future.

Addressing the ministerial session at the Global South Summit, she said India will use the G-20 Presidency to encourage collective solutions to deal with the numerous challenges facing the world, like economic slowdown, rising inflation, threat of resurgence of pandemic and risks emerging from geopolitical conflicts.

"While maintaining close relations with developed countries, India is keen to put forward the point of view of the Global South -- our co-passengers on the path of development for decades," Sitharaman said.

"We strongly believe there should not be any first world or a third world, but just one world with a shared understanding for a common future," she added while speaking on the theme of 'Financing People Centric Development'.

India has taken over the presidency of the G-20, which is a grouping of 20 developing and developed nations, for the current year from December 1, 2022.

The 'Global South' largely refers to countries in Asia, Africa and South America.

India is hosting the two-day summit to bring together countries of the Global South and provide them a common platform to share their common concerns relating to various global challenges, including food and energy security triggered by the Ukraine conflict.

Sitharaman said as the world rebuilds itself from the pandemic, the Global South needs to exhibit "strong solidarity" to deal with challenges like pandemic, climate change and geopolitical tensions which are affecting efforts for development and economic growth.

The Minister said that the hardships posed by the pandemic have exposed vulnerabilities at all levels and shown that a major scale up of response mechanisms is required so that the support provided by these institutions is responsive to country-specific needs.

"We believe strengthening multilateral development banks is a key to addressing the global challenges of the 21st century," she said, adding the recent geopolitical tension and the pandemic has aggravated the global debt vulnerabilities.

"If left unaddressed, these mounting debt vulnerabilities can trigger global recession and push millions to extreme poverty. Under India's G-20 Presidency, financing for the social dimension of sustainable development is an important priority," Sitharaman said.

The Minister said as the majority of global efforts are being focussed on tackling climate issues, it is essential that world leaders also take into account the social dimension of development to tackle pressing issues like increasing social inequalities.