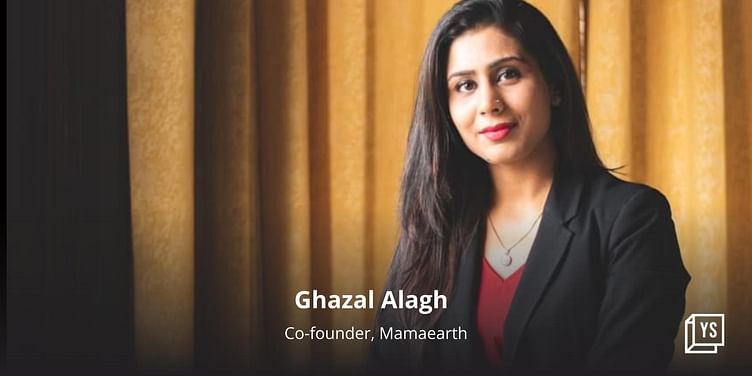 Responding to social media posts that had expressed concerns regarding the company's valuation demand, Ghazal said, "In our DRHP as is the standard practice there is no mention of valuation."

Ghazal Alagh, Co-founder of ﻿Mamaearth﻿, has said that the firm has neither quoted nor subscribed to the valuation number being mentioned in social media.

Responding to social media posts that had expressed concerns regarding the company's valuation demand, Ghazal said, "In our DRHP as is the standard practice there is no mention of valuation."

It has been reported that Honasa Consumer, the parent company of D2C brands such as Mamaearth, The Derma Co, and BBlunt, has sought a valuation of $3 billion, or about Rs 24,000 crore, through its IPO.

“Valuation discovery is a process, which will take place over time as we get into deeper conversations with the investor community,” Ghazal tweeted.

In its draft red herring prospectus (DRHP) filed last week, Mamaearth’s parent said it is looking to raise as much as Rs 2,400 crore through its IPO. It expects to raise about Rs 400 crore through a fresh issue of shares and the rest through an offer for sale of about 4.7 crore shares.

Analysts often take into account a company's EV/sales multiple—a measure that compares the enterprise value of a company against its annual sales—to get a sense of a company's valuation.

Analysts said that, assuming a 40-45% CAGR for Mamaearth and taking into account projected sales figures for FY23, the company was looking at a valuation of 10x enterprise value to sales.

Sequoia Global, one of Mamaearth’s major investors, will not be selling its shares.