Behind the scenes at OTPless 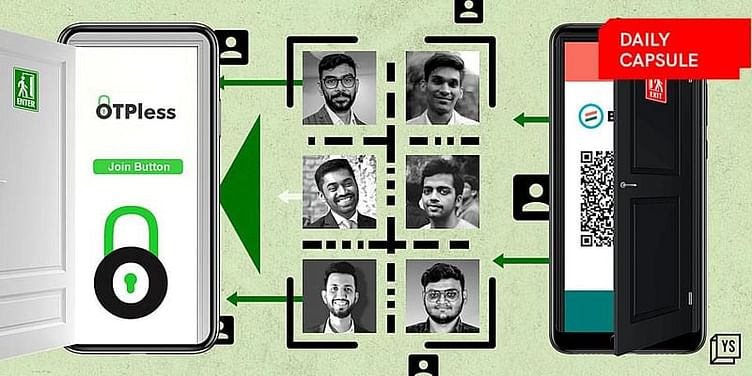 Long before Bhavik took charge as the CEO of OTPless this month, he and his former BharatPe colleagues Tanmay Sagar and Satyam Nathani had been working on building the WhatsApp-linked authentication platform with unicorn ambitions.

This time it is Microsoft. The software giant announced laying off 10,000 employees through March 31 as it braces for slower revenue growth.

The move will reduce Microsoft’s headcount by less than 5%, and some employees will find out this week if they’re losing their jobs, CEO Satya Nadella said.

Closer to home, Sequoia India-backed ﻿GoMechanic﻿ has laid off 70% of its workforce as it grapples with a funding crunch after the existing and prospective investors found that the founders had misstated facts.

The Gurugram-based car servicing startup was raising funds by misleading investors about its sales numbers and costs, sources told YourStory. In a LinkedIn post, CEO Amit Bhasin admitted the company made errors in financial reporting.

In other news, archaeologists in Norway have discovered the world's oldest dated runestone, featuring runic inscriptions from up to 2,000 years ago.

The reddish-brown sandstone boulder, named "Svingerudsteinen," or "the Svingerud Stone"—after the site where it was found—measures about a foot in height and width, and dates between 1 and 250 AD.

Here’s your trivia for today: Although it sounds like the fear of a Marvel villain, thanatophobia is a dread of what?

Behind the scenes at OTPless

Over a dinner conversation, Bhavik Koladiya, Tanmay Sagar, and Satyam Nathani decided to start ﻿OTPless﻿ with one idea in mind: allow folks to log into websites and other platforms using WhatsApp. The "jugaadus" have unicorn ambitions and are building a solution for small and medium-sized entrepreneurs.

The largely informal gig economy has high expectations from the upcoming Union Budget 2023 on social security, minimum wage, tax relief, and upskilling. Industry observers say the Budget should focus on schemes that encourage MSMEs and enterprises that employ gig workers.

Sumati Jalan started ﻿Bihart﻿, a fashion brand that promotes various crafts from Bihar, to change unfair perceptions about the state. Bihart’s portfolio consists of Indian wear for men and women.

Although it sounds like the fear of a Marvel villain, thanatophobia is a dread of what?