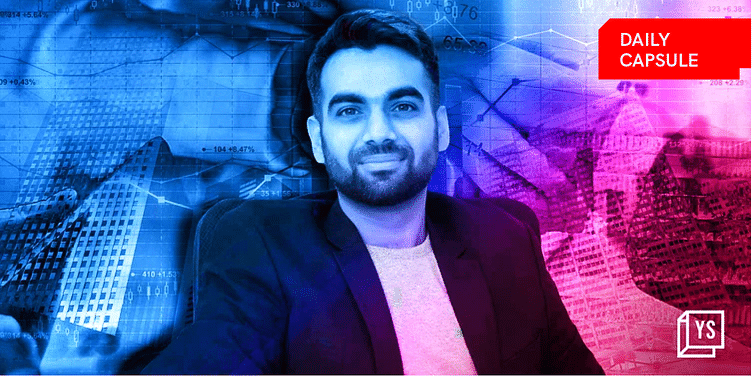 A cold LinkedIn text to the now-ousted BharatPe co-founder would eventually land Aseem Ghavri an unexpected invite to join Ashneer Grover as a co-founder at his latest venture, Third Unicorn.

India will spend Rs 2,600 crore to promote RuPay debit cards and low-value BHIM-UPI transactions. Under the scheme, banks will be provided financial incentives for promoting Point of Sale (PoS) and ecommerce transactions using RuPay and UPI in the current financial year.

Also, users from some countries will now be able to transact via UPI.

Meanwhile, Jio Platforms says it has rolled out 5G to 101 cities in just as many days as the Indian telecom giant looks to expand its user base. Rival Bharti Airtel has extended 5G to about 30 cities.

In other news, edtech continues to see more job cuts. Mumbai-based edtech unicorn ﻿﻿LEAD﻿﻿ has laid off more employees, just five months after reducing its workforce by around 100 people.

ICYMI: Generative Artificial Intelligence, the technology that encompasses DALL-E 2, Stable Diffusion, Mid journey, ChatGPT, and more, has had a spectacular 2022. With about $2 billion in venture capital poured into the technology last year, optimism over its future is high.

However, AI-generated images have made artists furious, and New York City schools have banned ChatGPT.

Here’s a list of jobs that AI will likely take over.

Here’s your trivia for today: What was the name of the chess-playing computer that defeated world champion Garry Kasparov in 1996?

The secret co-founder of Third Unicorn

A cold LinkedIn text to the now-ousted ﻿BharatPe﻿ co-founder would eventually land Aseem Ghavri an unexpected invite to join Ashneer Grover as a co-founder at his latest venture, Third Unicorn.

From the plains of Karnataka and Maharashtra to the remote hilly regions of Jammu & Kashmir, Leh and Ladakh, and the Northeast, children from several schools are aiming for the stars, literally.

Taare Zameen Par (TZP)–from Bengaluru-based Varnaaz Technologies, a startup that offers a mobile planetarium and science lab for an immersive learning experience, caught the attention of the education and scientific community when it was started in 2018.

Crypto exchange ﻿﻿WazirX﻿﻿ released its financials earnings for FY22, posting an operating revenue of Rs 823 crore—a significant growth from Rs 112.5 crore generated in FY21. The Binance-backed firm reported a profit of Rs 53.2 crore in FY22, an increase of 5.36X from Rs 8.36 crore in FY21.

What was the name of the chess-playing computer that defeated world champion Garry Kasparov in 1996?

No time to cook? This AI startup’s autonomous robot can make 200+ dishes