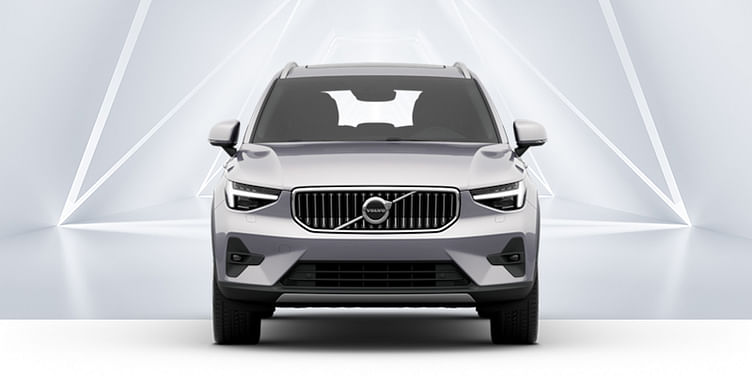 Volvo has rolled out the facelifted model of XC40 in India. The new model has received a series of updates over the outgoing model. Available in a single, fully-loaded B4 Ultimate trim, the updated compact luxury SUV is offered at an introductory price of Rs 43.20 lakh (ex-showroom).

Prices of the new XC40 will be hiked up to Rs 45.90 lakh (ex-showroom) after the festive period. Apart from a few cosmetic changes and feature upgrades, the facelifted XC40 has also received an updated electrified powertrain. XC40 is the entry-level model in the Swedish brand’s India lineup.

Exterior updates of the new XC40 are largely concentrated on its front fascia and include a new pair of LED headlamps with integrated LED DRLs that retain the signature Thor’s hammer design. The hexagonal front grille gets an all-black treatment and mesh-like inserts.

The front bumper has been reprofiled and features more cuts and creases along with redesigned fog lamp housings. The overall front face of the 2023 XC40 is much more angular than the outgoing model, resembling its fully electric sibling–XC40 Recharge, which was launched in the country earlier this year.

Unlike the pre-facelift model, the latest iteration of XC40 is not available in the R-design trim. Hence, it misses out on sportier touches such as a dual-tone paint scheme and more stylish 18-inch alloys. Instead, the luxury compact crossover is wrapped in a monotone shade and rolls on simple five-spoke silver alloy wheels. The rear end of the SUV is untouched.

The interiors of the facelifted XC40 barely have any updates as the cabin sports the same all-black theme with a familiar layout. The only notable update is the addition of a new wooden trim on the dashboard and door panel.

There are significant upgrades in the features department, including the touchscreen infotainment system that runs on an updated Android operating system, offering a smartphone-like experience. The OS receives a bundle of Google Apps, such as Play Store, voice-controlled Google Assistant, Google Maps, and other Google services, as a standard fitment.

The infotainment is also compatible with over-the-air updates and wired Apple CarPlay connectivity. Other notable creature comforts in the package include a 14-speaker Harman Kardon sound system, an advanced air purifier with a PM 2.5 filter, wireless smartphone charging, and a panoramic sunroof.

The most significant update is under the hood in the form of a mild hybrid powertrain. The 2.0-litre turbocharged petrol motor is now coupled with a 48V integrated starter generator motor. As a result, the updated XC40 has not only gained power but is also more frugal than its predecessor.

The powertrain churns out 197 hp and 300 Nm of peak torque, a gain of 7 horses, while fuel efficiency is rated at 15 kmpl (ARAI). The internal combustion engine is mated to an eight-speed torque converter automatic gearbox, sending power to the front wheels only. The addition of mild hybrid tech to XC40 means that all models offered by the Swedish brand in India come with an electrified powertrain.