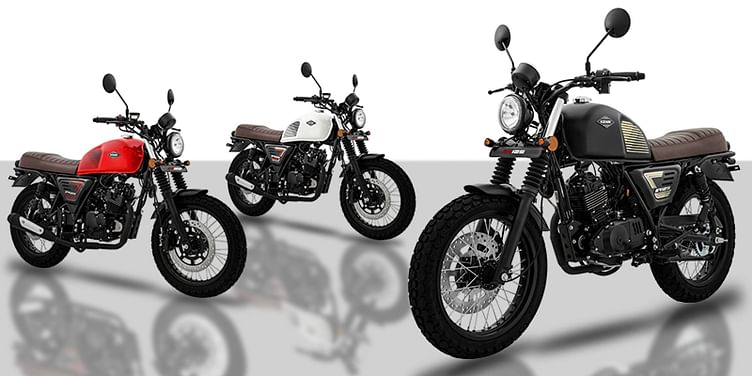 Hungarian motorcycle brand Keeway seriously intends to make a business case for itself in the Indian market, after launching its seventh product in the country. Named SR125, the new motorcycle serves as an entry-level model in the Keeway lineup and is priced at Rs 1.19 lakh (ex-showroom).

Launched barely six months ago, Keeway has a decent portfolio of models comprising 250cc and 300cc motorcycles and scooters. For the uninitiated, Keeway is a subsidiary of Benelli and sells its products alongside its sister brand under the same roof in India.

Despite being the most affordable offering from Keeway, SR125 is costlier than most of its 125cc rivals in India. The company has started accepting bookings for the commuter motorcycle for a token amount of Rs 1,000 via its official website and at the dealership. Deliveries of the motorcycle are expected to commence by the end of October.

SR125 flaunts the design of a scrambler with neo-retro styling complemented by a dash of minimalism. Prominent highlights including a small, round headlamp, circular rearview mirrors, a teardrop-shaped fuel tank, a single-piece saddle with a ribbed pattern, fork gaiters, wire-spoked rims and a compact side panel add a retro charm to the bike’s appearance.

The tan brown seat provides a hint of contrast to the overall appeal. The minimalist tail section comprises a tiny fender, taillamp, and turn indicators. It is being offered in three colour schemes including glossy white, glossy black and glossy red.

Underpinned by a single down tube frame, suspension duties on SR125 are carried out by telescopic forks up front and five-step adjustable twin shock absorbers. Stopping power is achieved from a 300mm disc at the front and a 210mm disc at the rear accompanied by a combi-braking system. The motorcycle rides on 17-inch spoked rims at front and rear shod with Yuanxing block-pattern tyres.

In terms of features, Keeway SR125 has been loaded with many niceties such as a circular digital instrument console, hazard switch, and a side-stand engine cut-off switch along with with a large 14.5-litre fuel tank.