Renault Kwid facelift to be launched in September 2019

Renault India is gearing up to introduce the 2019 facelift of Renault Kwid. A report in Autocar India suggests that the entry-level hatchback will be based on the Kwid KZE electric car showcased at the 2019 Shanghai Motor Show (pictured below). The new Renault Kwid will be structurally safer to meet the upcoming Bharat New Vehicle Safety Assessment Programme norms.

The French automaker introduced the compact MPV Renault Triber last month as well as the Duster facelift. Besides that, the new Renault Kwid is expected to get a new LED daytime running lights near the grille and a split-headlamps in the lower part of the bumper, similar to the pattern seen in several new cars. Interiors will be brought under the knife for a sportier look. Also, the hatchback will be fitted with an 8-inch touch-screen infotainment from the Triber. Besides that, the diver information unit will also get a tachometer, previously unseen in the segment.

Powertrain options in the new Renault Kwid is expected to be identical to the offerings in the outgoing version. These include a 0.8-litre SCe petrol engine (54 PS/72 Nm) and 1.0-litre SCe petrol unit (68 PS/91 Nm). Both will be BS-VI complaint which means that there will be an alteration in output specifications. Transmission duties will be taken care of by a 5-speed manual unit or a 5-speed AMT (which Renault calls Easy-R).

The Renault Kwid was first unveiled as a whacky looking concept at Auto Expo 2014 with butterfly doors. Production version was launched in 2015 and met with rave reviews by the media as well as customers. In fact, booking numbers flew to a massive 1.5 lakh units within 9 months of its launch.

Besides that, Renault will be launching the Renault Triber in India on August 28, 2019, bookings for which commenced on August 17. The updated Renault Kwid is expected be launched in September 2019.

Renault India has been experiencing a sharp drop in sales just like the rest of the auto industry. In fact, the Kwid’s volumes dropped by 46% in July 2019 to reach 2,684 units. 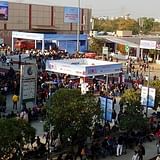 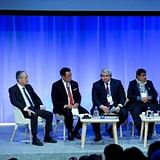