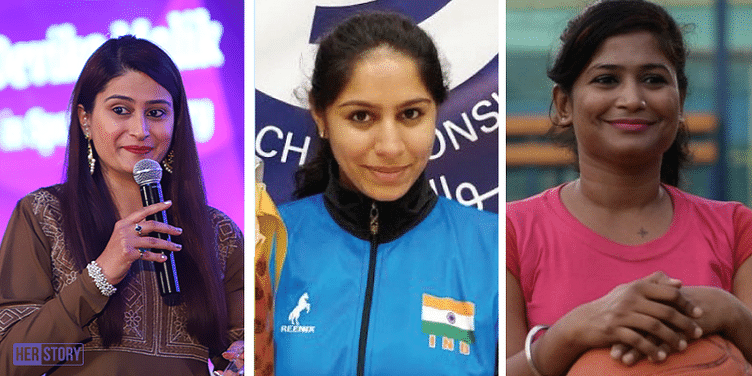 These para-athletes are not only bringing glory to their country through sport, but also uplifting other individuals with disabilities.

Sometimes, life is unfair. But some women go several steps ahead to prove their strength and willpower, and overcome adversity.

In India, we have a number of para-athletes who have brought glory to the country through sport. Theirs has not been an easy journey – but one fraught with many challenges.

These women need to be lauded because each recognition and acknowledgement spur them, and despite all odds, they are always raring to go.

They have proved that the only limits that exist are the ones we set for ourselves. Having broken the vicious cycle of ‘sympathy and pity’, they have moved beyond.

Here are stories of four Indian para-athletes that will not only tug at your heartstrings, but also make you feel really proud of them and their achievements.

At 22, Manasi Joshi was moving up the corporate ladder as a software engineer. She had life planned out – a management degree and a promising career. But everything fell apart when she met with a terrible accident on her way to work. It left her with a crushed left leg, broken arms, and numerous other injuries. The accident took place at 8.30 am but it was 6.30 pm that she was taken to the operating theatre. A lack of apathy from passers-by and this delay in medical attention led to the amputation of her leg.

She was fitted with a microprocessor-based prosthetic that cost Rs 22 lakh, replaceable every five years. An insurance payout, her family’s savings and funding from organisations, she says, literally, helped to stand on her own two feet again. In 2012, Manasi participated in an inter-company badminton championship that she had won earlier. She won gold again and her confidence slowly built up. She spent the next two years training in scuba diving and badminton. When a friend suggested she turn pro, there was no looking back. She won the silver medal in mixed doubles in the Para-Badminton World Championships in 2015, the bronze in the para-badminton Asian Championships (women’s singles and women’s doubles) in 2016, the bronze in women’s singles para-badminton world championships in 2017 and the bronze in the women’s singles at the Thailand para-badminton International in 2018.

Read More: You are the answer to your adversity - Para-athlete Manasi Joshi on surviving and thriving against hardships.

Devika Malik was born premature, and suffered from acute neonatal jaundice and hemiplegia that paralysed one side of her body completely. Despite her disability, she has blazed a trail as an international para-athlete. In a span of just five years, Devika has won eight national and three international medals. Apart from her achievements on the sporting arena, Devika is all well-known as an international disability inclusion advocate. She co-founded the Wheeling Happiness Foundation in 2014 to champion the cause of the differently-abled in sports. It provides access to equipment and helps them overcome many emotional, financial, and social challenges.

For her efforts, Devika received recognition from Prime Minister Narendra Modi, and was also awarded the Queen’s Young Leader Award by Queen Elizabeth II at Buckingham Palace in London in 2015.

Read More: How Devika Malik is overcoming disability and wheeling happiness for others

After completing her class 12, Nisha Gupta was enjoying a vacation in Varanasi when she met with a terrible accident. On May 1, 2004, she climbed a wall with her brothers to pluck some mangoes and fell down the tree. The accident fractured her spinal cord and she was paralysed from waist-down. She was in depression for some time until the doctor suggested a visit to the Nina Foundation NGO. She attended one of their marathons and met Oliver D’Souza, a para-athlete. Oliver used to swim and motivated her to learn too. Soon, Nisha started playing basketball and regained her confidence to face life. For the last five years, Nisha has been playing basketball, winning many medals and also leading her team to win a bronze medal at the Fourth International Wheelchair Basketball Championship held in Bali, Indonesia in 2017.

Suvarna was affected by polio when she was two years old. Suffering from 90 percent disability, she cannot walk without the help of crutches. More recently, she has had to use a wheelchair to move around. However, Suvarna’s disability has not stopped her from playing table tennis for the country and also fight for the rights of people with disability. In June 2017, while travelling on the Nagpur-Nizamuddin Garib Rath, she was compelled to sleep on the floor after railway officials and her co-passengers refused to give her a lower berth in exchange for the upper berth allotted to her. She continues to fight for the rights of the disabled while winning laurels for her country.