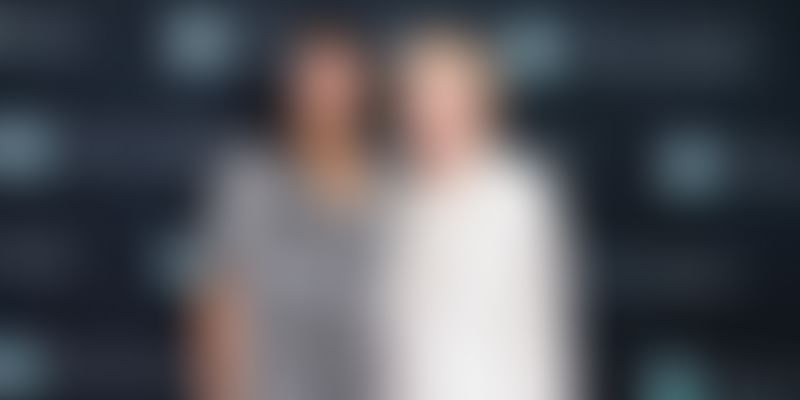 Elsa Marie of Safecity recounts an instant bond of sisterhood during a cab ride in Washington, D.C., meeting Hillary Clinton, the impact of powerful people on causes, sisterhood, and more.

“Is that a picture of you with Hillary Clinton,” asked my Indonesian Uber driver, Meis, after checking my profile.

She was driving me to the Kennedy Center of Performing Arts a couple of weeks ago in Washington, D.C. I was attending the annual Vital Voices Global Leadership Awards, which honours women leaders who empower others and work towards ending violence against women and girls.

I told my Uber driver that yes, Hilary Clinton and I were in the photograph together from when I won an award for my work at Safecity. She was thrilled when I told her that I was going to meet Hillary again and share the stage with her that night. When she asked me if I wanted to practise my lines, I took the opportunity to do so during the short trip.

Through her kindness in that brief interaction, she too became part of the event. During our limited time together, she shared with me her story of bringing up three children in the US as an immigrant. In that moment, we had a deep connection of sisterhood, and even exchanged cards.

A picture that opened doors

Also read: United, we soar: women leaders and professionals on how women can help each other succeed at the workplace

That picture with Hillary - I now have three - has always been a great conversation starter. Either people are curious about her as a person and they want to know more about my interactions with her or they wonder how I got to meet her.

It amazes me how much one picture can influence people to take your work seriously, especially when it is endorsed by someone as powerful and well known as Hillary Clinton.

When I first posted the picture with her after the awards ceremony three years ago, many people reached out to congratulate me, but also wanted to know more about my work. Some of them were people who had not spoken to me in over a decade. I once learned from an OpEd Project training that our flashy credentials, like this photo, are called “shiny baubles” and they can be used judiciously to draw attention to one’s work.

Last year, when I had the opportunity to meet her again, Hillary asked me how the award helped me. I told her that not only did the award help, but how even the photograph with her opened up a lot of doors for me. She said, “Good. Let’s give them another one.”

And so, we took another photograph together.

I have long admired her from a distance, read books and articles about her journey, and in the recent past, have observed her closely. I have learned so much from her and she has certainly influenced me. Some of the reasons I am her fan are:

She negotiated peace deals, trade deals, and was one of the brokers of the Copenhagen Climate Change Accord, and even took firm steps to end terrorism. Through these, she has shown that she can bring people together with colleagues across both sides of the political divide.

But she is human and has made mistakes. Her decisions on Iraq and Benghazi will forever be criticised. But which leader is perfect? It is one’s work of a lifetime that matters.

In a world with few women leaders and role models, we cling to the ones available to us. Every day, women around the world are pushing boundaries and breaking glass ceilings. Every push makes room for more women. Watching Hillary stand tall, pick herself up with pride, dust off the patriarchy, and continue the fight for a just and equal world is truly inspirational.

I am so honoured to have met her several times in person. She gives me hope and courage to fight for what I believe in. Thank you, Hillary Rodham Clinton. I am very grateful for your leadership.

Also read: Visualising women safety in 2019: how India can do better