On Priyanka Chopra’s birthday, here are 5 life lessons we can all learn from her 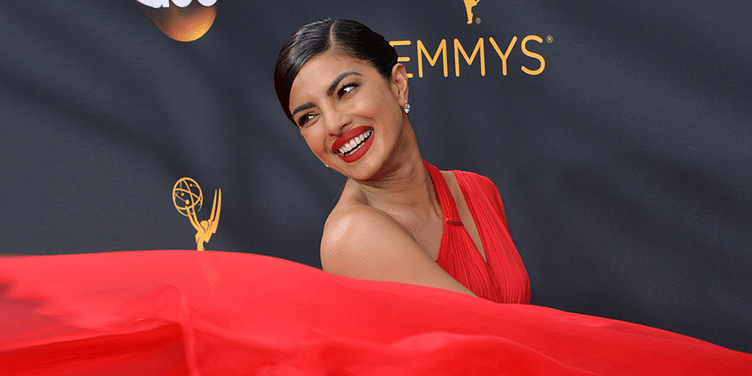 From starting as a young model to becoming a global superstar, Priyanka Chopra has worn multiple hats throughout her career. On her birthday, here are five things we can all learn from this international star.

Priyanka Chopra started her career at 18 when she won the Miss World pageant in 2000. Over the years, she has earned global recognition for her diverse acting roles across Bollywood and Hollywood, charity work, entrepreneurship, and more. As Priyanka turns 37, here are five inspiring qualities we can all learn from her.

Don't shy away from change

Born to parents who were doctors in the Indian Army, Priyanka Chopra initially wanted to pursue criminal psychology. But when she won the Miss World pageant in 2000, her life changed completely. She made her Bollywood debut in 2003 and has over 60 films under her belt today.

In early 2015, Priyanka launched her own production house Purple Pebble Pictures, which makes films in regional languages. That very year, she made her entry into American television as the leading lady in the drama-thriller series Quantico.

Since 2010, she has also been working with UNICEF India to improve the lives of children from disadvantaged backgrounds, with a focus on young girls.

Had she not entered the pageant, chances are, her life would have been quite different. When you're presented with the opportunity to follow an unfamiliar path, listen to your gut and take the first step. It may just lead you to a life you hadn’t even dreamt of.

From Susanna in 7 Khoon Maaf and Jhilmil in Barfi! to playing Mary Kom in her biopic and Isabella in the US Romcom Isn't It Romantic, Priyanka has played a diverse array of characters.

Outside of acting, she is also an entrepreneur with Purple Pebble Productions, and became an investor in 2018 by backing dating app Bumble and tech school Holberton. She has been a philanthropist while working with UNICEF. Priyanka also had a brief singing career in the early 2010s with English hits like In My City, Exotic, and I Can’t Make You Love Me.

You don’t have to stick to one path, whether it’s your career or life outside of it. Explore different avenues, expand your horizons, and let yourself experience the various sides of life. It may be daunting, and you may feel low on confidence, but allow yourself enough time to succeed.

When Priyanka was studying at an American school, she faced racism - people told her to go back to where she came from and called her names for her brown skin. When she initially went to the West to explore Hollywood, the actor revealed that she didn’t get a movie role because casting directors didn't want a brown actor.

Priyanka also lost her father Ashok Chopra to cancer in 2013. Although she carries the grief of not being able to see him anymore, she continues to succeed and live her life to the fullest. The actor also faced a lot of backlash when she married singer Nick Jonas, with one journalist actually calling her a 'global scam artist'. She was also mocked for being a decade older than her husband.

Despite being pushed down, time and time again, Priyanka has made it abundantly clear that nothing can break her. She inspires many young girls and women to be strong and keep going, no matter what. Life may knock you down when you least expect it, but it’s important to get back up and keep moving.

Give back to society

In 2010, Priyanka Chopra was appointed the UNICEF India's National Ambassador and has continuously worked towards child and adolescent rights. One of the key campaigns she has been involved in is 'Deepshikha', aimed at empowering young girls and women with financial education, leadership training, and entrepreneurship skills. The campaign has helped 65,000 young women in Maharashtra.

She also visited Ethiopia recently to meet children and women and raise awareness about the importance of early education. While it's easy for a star to remain in their world of glitz and glamour, Priyanka chooses to give back to society and uses her fame to amplify the voices of those who need to be heard.

Although not all of us can help everyone in need, we certainly can do our bit by just being kind to those around us. Even small donations to charitable organisations are a way of giving back.

Be vocal about supporting movements

Priyanka Chopra has always been open and vocal about her support for subjects like mental health, body positivity, and the LGBTQIA+ community. In 2018, she hosted a panel about mental health on Facebook's '#SocialForGood' event and encouraged people to have honest conversations about the topic.

In an interview with American talk show The View in 2016, Priyanka spoke about being body-shamed as a teenager, and how she combated it by focusing on her strengths. She also wrote the TIME 100 profile for lawyers Arundhati Katju and Menaka Guruswamy, who helped decriminalise homosexuality in India last year.

There are hundreds of burning issues staring us in the face all the time. It may get overwhelming at times, but it is important to use our position of privilege to vocalise our support for marginalised communities and topics that are brushed under the carpet. Progress can only be made when we come out in support without inhibitions.

15 inspirational quotes by Priyanka Chopra to make you think big

Celeb chef Sarah Todd on her return to MasterChef, Indian flavours, and her new spice line