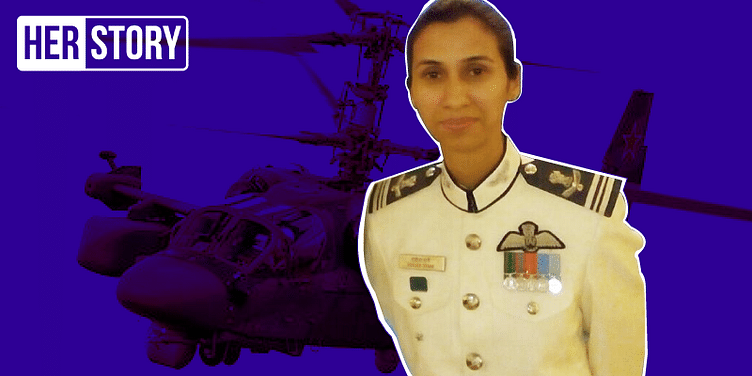 On August 27, Shaliza Dhami who served as a Wing Commander in the IAF, became India's first-ever women Flight Commander. She has been serving in the IAF for the past 15 years.

On Monday, Shaliza Dhami, who served as a Wing Commander in the Indian Air Force (IAF), became the country's first woman Flight Commander. She took over the Chetak helicopter unit at the Hindon air base in Uttar Pradesh. She will be operating a light utility helicopter which can accommodate six passengers, or a load of 500kg, and has a maximum speed of 220km/hour.

Shaliza, who was born in Ludhiana to parents who had government jobs, dreamt of being a pilot since she was in the 9th grade. She took her first solo flight in 2003 in Hyderabad, on the HPT-32 Deepak, a basic trainer aircraft, and by 2017, she had clocked over 2,300 hours in the air. The same year, she became the IAF's first woman flying instructor.

As children, girls are often told to stay off the playing field, and engage in more 'sombre' activities. Because of this prejudice, there are countless opportunities that girls and young women have missed out on. Women have also not been welcomed with open arms into the Indian Air Force and other fields considered too rough or dangerous for them.

Last year, Army Chief General Bipin Rawat said that combat roles would "put women at risk and they can't leave behind young children." However, despite being belittled and underestimated, women are still steadily making strides, becoming role models for thousands of other young hopefuls.

In May this year, Flight Lieutenant Bhawana Kanth became the IAF's first woman pilot who qualified to undertake combat missions. In July, Garima Abrol, widow of defence pilot Samir Abrol, announced that she would be joining the IAF early next year. Earlier this month, IAF Squadron Leader Minty Agarwal became the first woman to receive the Yudh Seva Medal.

In July this year, Sripad Yesso Naik, the Minister of State for Defense informed the Lok Sabha that there are over 1,900 women officers, including eight fighter pilots, are currently serving in the IAF.