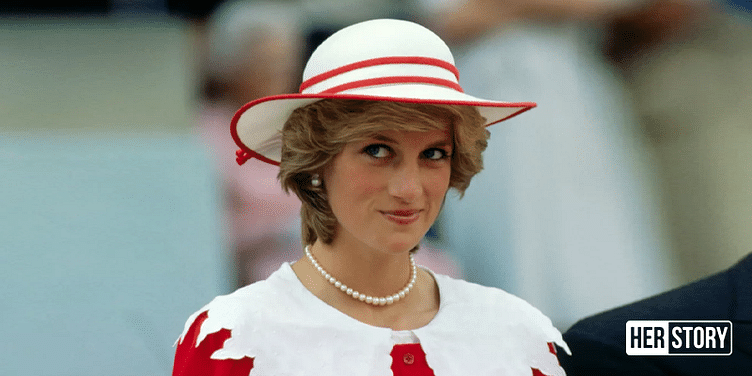 Princess Diana may have been a style icon, but the world remembers her as a prominent philanthropic force. She worked untiringly for numerous charities, using her fame to create awareness on several humanitarian issues.

It has been 22 years since Diana, Princess of Wales, died in a horrific car crash in the wee hours of August 31 in Paris. Her death shocked the entire world as she was the “People’s Princess”, much adored and revered by all.

Her life was not without incident. From a starry-eyed girl who married at the age of 19 to a 31-year-old Prince Charles, the one would become king some day, Princess Diana battled the rigours of royal life. She was soon much more than a style icon, becoming a prominent philanthropic force, with causes as varied as leprosy awareness, landmines, and HIV/AIDS. In her lifetime, she was patron of more than 100 different causes across various fields.

Here are a few ways in which the ‘People’s Princess’ touched our lives in more ways than one:

She passionately fought for the ban of landmines

Just a few months before she died in a car crash, Princess Diana travelled to Angola, and an enduring picture of her stepping out on to an active minefield remains in our minds and hearts. She advocated ardently for the ban of landmines and one more iconic image of her sitting alongside a young girl with an amputated leg also came out of the visit. This visit and the bold images became a turning point for the world to put the spotlight on Angola and its landmines. What’s heartening is that her younger son, Prince Harry, has taken on the mantle by continuing his mother’s work.

She worked ardently for HIV/AIDS awareness

When the world woke up to the horrors of HIV/AIDS in the early 80s, patients were shunned and stigmatised because the disease had a sexual connotation. Princess Diana was not one to shy away from battling for HIV/AIDS awareness as well. As early as 1987, we got to see her compassionate side when she visited AIDS patients at a hospital in London. She was also seen shaking a patient’s hand without wearing gloves, sending a message to the world that the disease could not be transmitted by touch. This single act by a Princess largely changed people’s perceptions towards HIV/AIDS.

She helped the young and homeless

Princess Diana became a patron of Centrepoint, which helps the young and homeless off the streets in 1992. She constantly visited shelters, taking her young sons, Prince William and Princess Harry, along. Later, Prince William, her older son became its patron in 2005. This year, Prince William also became a patron of The Passage, another charity for the homeless, whose shelter he visited with his mother as a child in 1993. He even helped in the preparation of food at the shelter by dishing up lunch for the homeless recently. Surely, his mother’s legacy is in good hands.

She advocated for awareness of leprosy

Like her visit to an active landmine in Angola, the Princess’s visit to Sitanala Leprosy Hospital in Indonesia was also mired in controversy. However, she did not let the naysayers bother her and proceeded to sit on the beds of leprosy patients in the hospital, shaking their hands and touching their wounds, putting the spotlight on much-needed leprosy awareness across the world. Princess Diana was also Patron of The Leprosy Mission England and Wales from 1990 until she died in 1997. Like with HIV/AIDS patients, she strived to remove the stigma surrounding leprosy, giving out a message that they too need to be treated with dignity and love.

She was not afraid to speak her mind or break protocol

The People’s Princess may have been the first among the Royals to speak her mind forcefully, even breaking protocol many times to make a point. Most of the time, she preferred not to wear hats or gloves, especially so she could feel one with the people she was shaking hands with. She did not shy away from showing her affection to her children in public and took them along on most royal tours, even when they were little babies. And, we all know what happened after her divorce with Prince Charles when she mentioned in the infamous interview that “there was a third person in my marriage”.