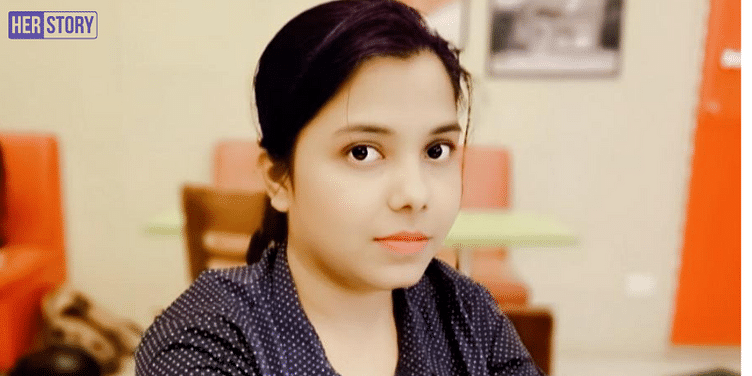 Tripti Tiwari started CloudTrains Technologies in Gwalior, a Tier III city in Madhya Pradesh, in 2013. Today, it has completed more than 800 projects with over 150 clients, and has also earned notable associations and partnerships from technology leaders like Microsoft, Google, Facebook, etc.

When Tripti Tiwari was growing up in the small town of Gwalior, she was often fed the scary narrative that “good boys” become powerful and responsible men while “good girls” grow up to become meek and pretty wives and daughters-in-law.

“It was not easy to even think of becoming a woman entrepreneur in such circumstances. But I proved them wrong. I became the first woman from my family to become an engineer and the first to make her mark as a woman entrepreneur. I realised that in order to become an independent and powerful woman, one cannot stick to the conventional definition of a good girl,” she tells HerStory.

After completing her engineering in Computer Science from Rajiv Gandhi Prodyogiki Viswavidyalaya in the city, Tripti worked for six years in Microsoft, Infosys, and a few startups in corporate development and emerging business.

However, none of these workplaces satisfied her. “Mostly, the work culture wasn’t good and there was no team building. I wanted to build my own company which would have the best in work culture, and a team environment where everyone has the freedom to innovate. I was also ready to give an opportunity to women who restart their careers,” she says.

During this time, she was selected to the Microsoft Student Partner (MSP) programme, which became a turning point in her life and career. “I learned a lot of things about startups and entrepreneurship at the Microsoft Bootcamp. I began to think, how can I start my own business… the idea began from there,” she says.

She started off in 2013 from a room in her house, and in the next six months, Cloudtrains Technologies moved to an office in the Gwalior-IT Park (Software Technology Parks of India), with over 50 clients.

At the initial level, the startup’s biggest pain point was how to get more clients and generate revenue.

“CloudTrains builds your project from scratch, helps in business plans, invests technology in their products, builds mutual partnerships, and also works as an in-house tech team. We set up our own backend system where we connect the customer’s team with our development team. We also have more than 300+ top coders from all over the globe. We share, chat, develop, design and learn together. So, this thing makes CloudTrains different from other IT companies,” adds Tripti.

The startup works on two revenue models, she explains. “Firstly, we develop products and tools for startups and enterprises where we pursue a “complete growth and service solution”, under which we completely handle and manage a client’s software as well as maintain its hardware systems and business processes. Secondly, we enter into strategic partnerships with other IT companies and freelancers – this is our percentage-based model, where we share profits on a mutual basis.”

No substitute for hard work

The startup remains bootstrapped, but was converted into a private limited company last year. The 50-member team has successfully completed more than 800 projects with over 150 clients. It has also earned notable associations and partnerships from technology leaders like Microsoft, Google, Facebook, Nasscom, Software Technology Parks of India, Amazon Web Services, D&B, Tizen, Samsung, and Adobe, among others.

Initially, Tripti was the sole founder of the company before Aditya Chaturvedi joined in as the Co-founder and Chief Marketing Officer. Till then, she handled sales, lead generation, and tech development.

“I came home late at night as I spent most of my time at office. I used to hear my competitors say that since I was a woman, I got clients easily. No one was ready to see my hard work, but I carried on undeterred. I never pay attention to what people say, my focus was my startup because I knew my success would tell people that a woman can do anything,” she says.

Tripti also believes that being an entrepreneur from a small town comes with many advantages and business learnings.

“When you start something on your own in a small town, you create new unique opportunities for business, learnings, and employment. While many people, particularly young professionals, opt to move to urban areas to find jobs, that’s not an appealing option for everyone. So out of frustration and a desire to stay put, we created jobs for ourselves. And in doing so, we gave others a unique opportunity to do what they love and love what they do,” she says.

“You have a chance to know yourself more, you have an opportunity to work on your idea with more sincerity because you have a responsibility to prove yourself and create a new benchmark for future generations. Your location is no bar for your ambition,” she adds.

“In the future, we want to work for many other industries, and integrate the latest technologies. We will soon launch our products like AI-based ERPs & CRM. We also plan to scale up our client and business base in countries like the US, China, the UK, and Japan,” she adds.