Get out of the ‘log kya kahenge’ syndrome, says Lean In India Founder Sanya Khurana 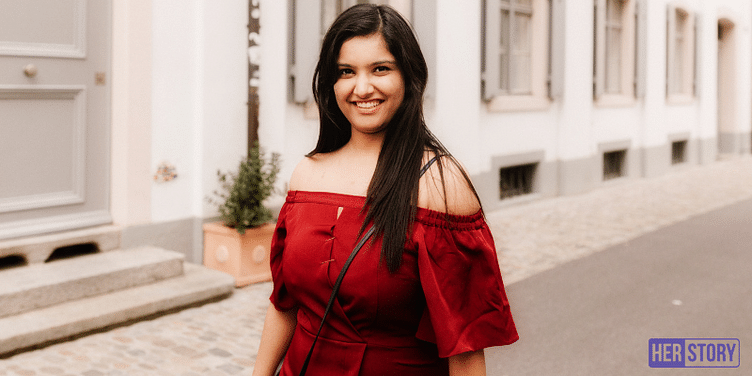 In her book, One Action – Towards Women’s Dreams And Ambitions, Lean In India Founder Sanya Khurana talks about patriarchy, how to manage everyday situations, and more.

In 2014, Sanya Khurana’s father gifted her Sheryl Sandberg’s Lean In: Women, Work, and the Will to Lead. After reading it, her life took a different turn. One year later, she started Lean In India, an independent organisation, affiliated with LeanIn.org.

Now, she has penned her own book, One Action – Towards Women’s Dreams And Ambitions. In her book, Sanya takes us through the different aspects that affect women and their dreams. She throws light on patriarchy bugging the human mind, the log kya kahenge syndrome, and how unsafe cities become a psychological barrier for women.

In an interview with HerStory, Sanya Khurana talks about her efforts with Lean In India, her book, and why women need to network more.

HerStory: What prompted the book One Action?

Sanya Khurana: Being the Regional Leader of Lean In India for two years gave me the opportunity to meet many women who were from different areas of life and had fought for gender equality in their own ways. From women entrepreneurs to mothers who had returned to work after their career breaks, from courageous female students to daring working women, their stories gave me an insight to struggles women face in India.

I started researching and gathered data to gain a better understanding of the situation. The stories of these women and data gathered became a part of my regular discussions with peers, family, relatives, and our Lean In India Network when a friend suggested that I share my experience, these stories, and the research publicly.

HS: What topics did you seek to explore in the book?

SK: I tried to cover most of the topics that become barriers for women to dreaming big or achieving their dreams in this country. Some of them were a part of my own experience like body shaming, age shaming, learning about self-image from media and Bollywood movies, and the pressure of 'log kya kahenge'.

Some were based on stories I had heard from family members, peers, and members of Lean In India community like domestic violence, dowry, menstruation taboos, son preference, and sexual harassment.

HS: How did Lean In India network happen?

SK: I had spent most of my teenage years trying to make everyone happy - be a good daughter, a good sister, a good friend and a good student. I ended up losing myself; I didn't know who I was and felt worthless. In the beginning of my last semester at the University of Delhi, my father gifted me a copy of Lean In - Women, Work and the Will to Lead, written by Sheryl Sandberg, COO of Facebook.

I could relate with so many things that were written in the book, just like most women in the world did. I realised that if I did not take action to take control of my life, I would end up continuing to please people and losing my self-esteem.

I wrote to LeanIn.Org (a foundation started by Sandberg to empower women towards their goals and ambitions), and the foundation helped me set up a Lean In Circle as I entered my new college to pursue my Master’s. I had just started when the word started spreading so fast, that in a year a college circle started with 12 members grew into a campus network with more than 200 members.

Luckily, the word crossed the borders of my campus and I, along with another Circle Leader on Campus - Rashmeet Kaur, started helping people start Lean In Circles in their communities and campuses. A few months later, both of us came together and started the Lean In India Chapter to provide a structured way of helping women all over the country start Lean In Circles in their communities, campuses, and companies.

HS: How far does patriarchy affect women in their careers, and as entrepreneurs?

SK: In both my colleges, I was surrounded by hardworking and smart women who were pursuing studies in Computer Science and had good technical and leadership skills. However, most of them thought 'women were dumb in technology' or 'women cannot handle money’ or 'women did not have leadership skills', and more.

All of them had started college with huge dreams in their first year but lost hope of achieving them by the end of college because of patriarchy. Some of them even left their careers for their future husbands and non-existing kids even before starting one. This is how patriarchy affects women in their careers.

There were very few women around me who thought women could become entrepreneurs, the ones who were aware of a few female entrepreneurs thought they had limited options that would 'suit' them, like starting a boutique. Others were struggling to convince their parents to let them take up a job in a private company over a safe and secure government job.

It is patriarchy, which told them that they had limited options and made them blind to their own talent.

HS: Why is networking an important tool for moving forward?

SK: Networking is very important not just in your career but also in your life. Talking to new people gives you exposure to different lives and possibilities. It breaks the biases in your head and makes you less judgemental about people. The more diverse your network is, the more complete a person you become.

HS: What are your thoughts on gender equality, especially in India?

SK: For gender equality, we have a long way to go. I am glad all genders are finally decriminalised, but there are still stereotypes around them. A world where people will be judged on the basis of their values and not on the basis of gender will be a truly gender-equal world.

A lot of people argue that India will lose its culture in the process, but I am sure India will come closer to its true values and its culture when we achieve equality of all genders.

HS: How does one get out of the 'log kya kahenge' rut?

SK: Well, I am still not completely out of the 'log kya kahenge' rut. But there are two ways I usually suggest and practise.

a) Increase the number of 'log' around you. The more people you network, especially with people who are different than you, the less judgmental you will become about the world and the more you will accept yourself the way you are.

b) When you wake up in the morning, ask yourself “what would you do if you weren't afraid?" Then, do it. In fact, whenever you are in a dilemma or have to make a decision, ask yourself this question and do it for real. Practising this every day and every moment of your life can get you out of the 'log kya kahenge' rut.

HS: What are your plans for the Lean In India network?

SK: Lean In India Network is now being led by amazing leaders Manishree Gupta, Urvee Juneja, and Aanchal Makkar. This year, we helped women in Ludhiana, Kolkata, and Chennai start Lean In Circles in their communities.

We are a network of 4,000 members now and are planning to spread the word in the Tier-II cities of the country.

HS: Can you tell us a little bit about your career and what you do?

SK: My career started very recently, just two years ago, as a Software Development Engineer in Adobe India. I work with the Document Cloud Team.

Despite being a non-IIT/NITian, Adobe gave me an internship opportunity through the Grace Hopper Conference Scholarship 2015, and that is where my career started from.

[Interview] Bestselling author Preeti Shenoy, on how she sketches her characters to life

7 things you need to know about Gitanjali Rao, TIME Magazine's first-ever Kid of the Year