At 23, this woman gave up her 9 to 5 corporate job to travel around the world

Shivya Nath is a popular Instagrammer, best-selling author, and travel blogger. Giving up her job, home, and other possessions, she started living nomadically, and has travelled to 50 countries.

Shivya Nath’s bestseller, The Shooting Star – A Girl, a Backpack and the World, released last year, gives us major travel goals. For, who wouldn’t want to travel around the world, gather experiences, and take home indelible memories?

From traversing remote Himalayan villages, living with the indigenous Mayan community in Guatemala, hiking alone in the Ecuadorian Andes, sleeping under a meteor shower in the cracked salt desert of Gujarat, and more, Shivya’s wanderlust remains unabated.

In 2011, when she was 23 years old, this solo traveller left her corporate job. She gave up her home and the need for a permanent address at 25, and now, at 31, continues on her nomadic journey as a free spirit, often exploring places off the beaten track as she strives to minimise her environmental impact.

She is also a popular Instagrammer, author, and travel blogger.

Have feet, will travel

Shivya grew up in Dehradun, which she calls a small, sleepy valley back in the day. After completing high school, she moved to Singapore to study economics “with big dreams and a big student loan”.

“I worked with the Singapore Tourism Board as a social media strategist for a couple of years before quitting that job, moving back to India (Delhi), and restarting life, initially as a freelance travel writer and blogger,” she says.

While working in Singapore, Shivya would accumulate all her leaves and club them with long weekends to travel.

“One such time, a friend and I were trying to figure out where to go in nearby Indonesia. I examined the map, picked an obscure place called Bunaken on the island of Sulawesi, and said let’s go here!”

It took a flight, a couple of buses, and a ferry carrying islanders and their goats to get there - and “it turned out to be the most unusual, amazing, offbeat and eye opening experience. And left me hooked to the idea of travel”, she says.

In the course of nine years, Shivya has explored a fair bit of India, South and Southeast Asia, the Caucasus, Europe, bits of Central Asia, and much of Central America. This year, she travelled overland from Thailand via Myanmar to Northeast India, and from the Persian Gulf via the south of Iran to Armenia. She also spent time in Uzbekistan and Tajikistan.

“A mix of curiosity, adventure, easy visas (the Indian passport can be challenging that way), and writing/blogging assignments typically determine where I land up,” she adds.

Among her many travel experiences, one that remains close to her heart is her first solo trip in India – to the high Himalayan desert of Spiti where she spent a month volunteer travelling with Spiti Ecosphere.

She shares, “It was a trip of my firsts - hiking alone, hitchhiking to remote villages, sleeping under a million stars, befriending nuns committed to a life path so different from mine, and figuring it out all on my own, with not even Google to my rescue!”

Shivya currently earns the bulk of her income through travel blogging, and spends pretty much everything she earns on travel.

Shivya feels travelling solo is not as difficult as one would imagine. “The biggest fear is in the mind - something we’ve been conditioned to accept since childhood, especially growing up in India. But India is a great training ground. We’re always learning to stay safe, keep our guard up, train our gut, and not always trust strangers. I always joke that if I could get by in Delhi, I can get by anywhere.”

“Most countries around the world, even the seemingly conservative ones, have been welcoming of me as a single female traveller. I typically try to go beyond big cities, to the countryside, to small villages, where local encounters tend to be more genuine and friendly. Southeast Asia and Europe are easiest for first-time solo travellers. Within India, I would recommend Uttarakhand,” she adds.

She believes that, growing up, women are constantly taught what an unsafe place the world is. “I think that fear holds many women back, and unlearning it is a process that we consciously need to undertake. Solo travel can be liberating, empowering, and a powerful life experience.”

In 2018, after blogging for many years, and nearly four years of living out of two bags, Shivya felt the urge to pen the journey of her 20s.

“From small-town India to remote parts of the world and from a corporate 9-to-5 job to a nomadic life, I wanted to put them all in a book. Through the lens of my travel encounters with indigenous communities around the world, I hope to urge readers to question their own life choices too,” she says.

“It’s also a candid account about my struggles of transitioning from an average Indian girl to a free soul who wanted to live on her own terms, explore the world meaningfully, and smash stereotypes along the way. I write about my relationships, battles, triumphs, and life-changing encounters, and how I tried to conquer my deepest fears.”

Shivya is currently working towards some passion projects to support causes close to her heart, including raising awareness about ethical veganism. She also staunchly supports responsible travel.

“The world is full of people different from you and me – and when we embrace those differences with an open mind, we go from being citizens of one country to that of a shared planet. A planet that is as much home to the primitive forest tribes of Odisha in eastern India as it is to the Welsh folk of Britain,” Shivya says.

Sandeepa and Chetan sold their house to travel the world and are now India's leading travel blo... 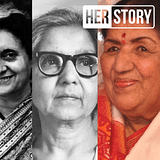 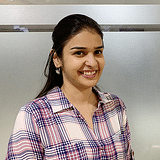