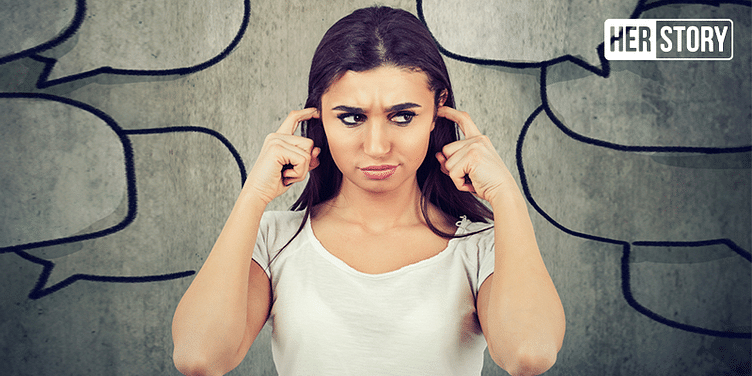 From the way they look and dress to the choices they make about pursuing a career or having children, women often hear a number of insensitive, sexist, and unnecessary comments. HerStory asked women about the things they are tired of hearing, and here’s what they said.

There seems to be no standard good enough for women in India. People often feel entitled to have and voice an opinion on the way women live their lives, and make it seem as though they don’t have autonomy over their own decisions.

Whether they pursue a career, get married, have children, or choose not to do these things, women are met with judgement and comments from everyone - family, friends, colleagues, and even strangers.

Don’t be so open and outbound. Be more nurturing.

Don’t get tattoos and piercings, because that means your character is bad.

A woman need not conform to stereotypical standards of femininity by keeping her legs crossed and tongue clean. She can carry and express herself the way she wants to, and doesn’t need people policing her behaviour or the choices she makes about her body and mind.

You can’t go out alone, who will protect you?

While roads can be unsafe, a woman can look out for herself and doesn’t need anyone to “protect” her. The damsel-in-distress narrative has denied women of far too many opportunities, and it’s time we stop perpetuating it further.

You’re pretty, but if you’d look better if you lose some weight.

That’s too much body hair, you have to wax.

You should wear more makeup and look like a woman.

Don’t wear clothes that show so much skin.

Girls are only beautiful with long hair, so don’t cut it.

Women don’t exist to fulfill beauty standards or live up to modesty. No matter her size, the amount of body hair she has, or her choices with clothing and makeup, she should still be respected. Her worth is not decided by what she looks like. And even if a woman does follow certain standards, she is not better or worse than any other woman.

Get married soon, you won’t have that pretty face forever.

Why don’t you have kids?

When are you having a second child?

If you go to work, who will take care of the house?

How can you think of going and living abroad alone? Get married and go with your husband.

Put your career on hold for a few years and take care of your kids.

Marriage is a big step in one’s life, but it doesn’t have to be taken, and neither does having children. A woman should be able to make her own choices, and need not be questioned for them. She has the same rights as a man to balance a career and taking care of her home, and she shouldn’t have the bear the entire burden of doing household chores or taking care of children.

She is also capable of travelling anywhere she wants to without the company of her husband. And again, even if a woman does stay at home full time, she shouldn’t be compared to a woman who goes out to work.

Don’t be so aggressive.

Why do you have so many opinions?

Don’t be the “feminist type,” no one will like you.

Being human means being able to form opinions and voice them. There is nothing wrong with a woman being informed and vocal about her thoughts. By being a feminist, a woman is fighting against all these unsolicited questions and comments about the way she lives her life.

There is never going to be an end to the judgement a woman is subjected to no matter what she does. Whether she lives up to certain standards or doesn’t, people will always have something negative to say. And in the words of Eleanor Roosevelt,

From a model with Rs 10 to the lawyer who fought for Talwars and Lata Mangeshkar: Meet Priyanka Khimani