Rio 2016 was not a great show for India in terms of the medal tally, but the performances of women athletes won hearts back home. With Tokyo 2020 not far away, more women athletes are hoping for a podium finish.

Every four years, athletes from all over the world come together for the biggest sporting event, the Olympics. And their sporting feats and records are remembered for a long time to come.

Next year, India hopes to send its biggest contingent to Tokyo, which promises to be a  sporting spectacle with Japan hosting their second modern Olympic Games.

Qualification events for the next year’s multi-sport event have begun and athletes have started bagging their Olympic spots. The last Olympics proved to be a disappointing affair for India with only two medals. PV Sindhu clinched the silver in the badminton finals and Sakshi Malik won a bronze in wrestling.

Here is a look at Indian sportswomen who are ready to take on Olympics 2020 at Tokyo.

Vinesh Phogat, 27,became the first Indian wrestler to qualify for Tokyo 2020. She secured her Olympic spot by defeating US wrestler Sarah Hildebrandt 8-2 at the World Wrestling Championship in Nur-Sultan, Kazakhstan. Even though she was defeated in the pre-quarterfinals by Japan’s Mayu Mukaida, she came back in the second repechage round to beat Ukraine’s Yulia Blahinya and world number one Hildebrandt and set up a bronze medal bout with Maria Prevolaraki of Greece. A day after securing her Olympic berth, she defeated two-time bronze medallist Prevolaraki to win her maiden World Championship medal. She became the fourth Indian woman to win a medal at the prestigious event. She is one of India’s biggest medal hopes at Tokyo next year.

Apurvi Chandela has secured a spot for India in the 10-metre air rifle event. At ISSF (International Sport Shooting Federation) World Cup stage in Changwon, South Korea, Apurvi finished fourth in the finals but managed to secure her a place to Tokyo. She later went on to win the gold at the Munich stage of the World Cup, moving to world number one.  After winning bronze at the 2018 Commonwealth games, she has been on a winning spurt. At Tokyo, she hopes to emulate her idol Abhinav Bindra and finish on the podium.

Along with Apurvi Chandela, Anjum Moudgil too has secured a spot in the upcoming Olympics in 2020. Anjum bagged the silver at the Changwon event, becoming the first Indian woman to win a World Cup medal in the 10-metre air rifle event. Anjum shot a total of 248.4 in the eight-women final to finish in second place. The 25-year-old climbed to the second rank in the world rankings after her performance at the World Cup.

Rahi Sarnobat has many firsts to her name. She added another  by clinching India’s first Olympic quota spot in the 25-metre pistol shooting event by winning gold at the ISSF World Cup in Munich. She won gold with a score of 37 out of 50 shots in the final. She missed the Rio Olympics in 2016 because of a career-threatening elbow injury but returned to win the gold at the Asian Games in 2018. The native of Kolhapur, who trains in Pune and is also a deputy collector with the state’s revenue department, has highlighted how financial security is a concern even after representing the country and winning medals at the highest level.

Yashaswini Singh Deswal won the gold in the 10-metre air pistol event at the 2019 ISSF World Cup in Rio De Janeiro and secured her Olympic quota for the event. She recorded a score of 236.7 in the eight-women finals at the season’s fourth World Cup. After her win, she has climbed up to the fourth spot in the world rankings for women's air pistol. The former junior world champion has slowly made a mark for herself in the senior levels as well.

Manu Bhaker clinched her Olympic spot for the 10-metre air at the Munich stage of the 2019 ISSF World Cup. She finished fourth with a score of 582 in the qualification but missed the medal by 0.1 point. She secured the quota a day after she missed out on qualifying for the 25-metre sports pistol event due to a weapon malfunction. The 17-year-old shooter is a Commonwealth and Youth Olympics gold medallist. Apart from the individual event, she will also be taking part in the mixed shooting event along with 17-year-old Saurabh Chaudhary. Both won medals in the individual and mixed team event at the World Cup, which makes Manu a medal hope for India at Tokyo. Her senior compatriots in the Indian contingent have on many occasions commended her as a tough competitor. 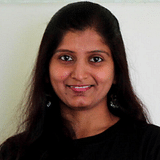 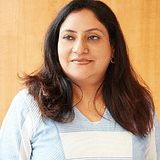 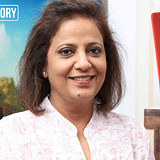 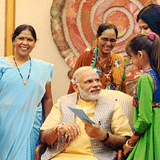 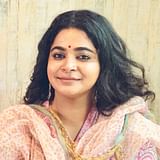