Dream it, do it! Find inspiration from YourStory's most read, loved and shared startup stories of 2018 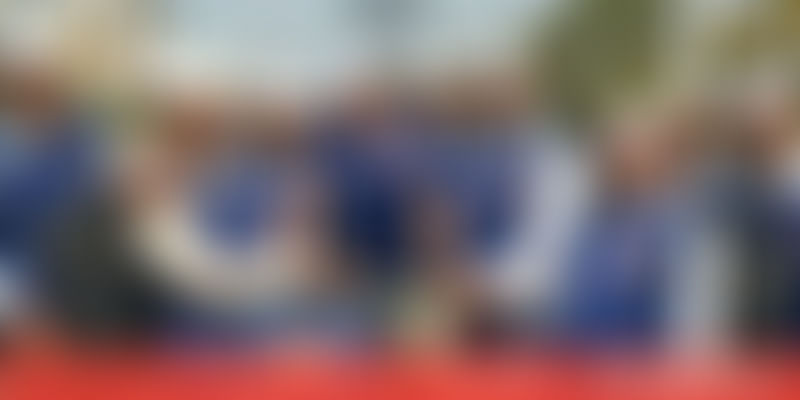 “The future belongs to those who believe in the beauty of their dreams,” said Eleanor Roosevelt. And we agree. It is essential to dream big, aim bigger and follow your heart. What could be a better time to promise this than the New Year?

Each year, we begin with by throwing out the old and ringing in the new. But, sometimes, there is a bit of the old that you need to remember to shape the new. Tales of grit, passion and zeal, and stories that inspire us to challenge our limits and set new goals are to be always remembered.

In this spirit, here is a list of 20 stories of startups and entrepreneurs that you, our readers, read, loved, shared, and enjoyed in 2018. Sit back, read on, and be inspired.

It can't be easy to impress the guy who funded Skype, Tesla, and SpaceX. But Mithun Srivatsa and Nikhil Shivaprasad did it with their Bengaluru-based startup Blowhorn. A full-stack, intra-city logistics company, Blowhorn offers its services to businesses and individuals and brings together a network of mini-truck owners and consumers. Read the story here.

Who doesn’t have a Bentley, Cadillac, Ferrari, or James Bond's mean machine Aston Martin on their car bucket list? Jatin Ahuja is making luxury cars like these (and more) more accessible for all with Big Boy Toyz, his Gurgaon-based startup that refurbishes and resells pre-owned high-end luxury cars. Read his story here.

#3 With Wishup, you can delegate tasks to an experienced assistant

Multitasking may be something you excel at, but research shows it hampers productivity in the long run. Make friends with Delhi-based Wishup, which hires, trains, and manages talented and experienced assistants to help you with repetitive and time-consuming tasks. Founded by two friends from IIT Madras, Neelesh Rangwani and Vivek Gupta, the bootstrapped startup is already profitable and aims to expand to the US and Europe soon. Read the story here.

Sankarsh Chanda began investing when he was 14 years old; he convinced his elder sister to let him use her demat account for his first investment of Rs 2,000. Five years later, he launched Savart, an online-offline wealth manager that enables people to make smart investment decisions. Two months after launching his fintech startup, the 19-year-old was managing Rs 8.5 crore in assets. Read his story here.

#6 With one pivot, Zaggle grew its revenues 6x to Rs 650 crore in just a year

How do you build customer loyalty? Mumbai-based Zaggle decided to figure it out by helping companies and retailers with gifts and experiences across multiple channels such as employee rewards and recognition, channel partner incentives, online shopping and restaurant cashbacks. Cracking the code helped the startup grow its revenues 6x to Rs 650 crore in just a year. Read about the startup's success story here.

What’s your poison? Single malt or wine? Why not let it be the world’s oldest drink? Pune-based Moonshine Meadery has brought mead to India and wants to change how India drinks and makes merry. Founded by Nitin Vishwas and Rohan Rehani, both engineers, the startup's beverages are now sold in 225 stores and restaurants across Mumbai and Pune. Read the story here.

Not every startup is profitable from Day 1. But Gurgaon-based Blue Vector, founded by 23-year-old Piyush Kedia who left his job at Ernst&Young to start up in design, was! The startup, which creates communication for big, small, and medium-sized brands, now has big-ticket clients such as e Audi, Porsche, Trump Towers, and Sotheby’s International Realty India. Read the startup’s story here.

When do men buy new underwear? A Debenhams report states most men shop for it only if they are starting, or about to start a relationship. Yogesh Kabra, the founder of XYXX, aims to change the men’s innerwear culture in India with his Surat-based online brand XYXX. Starting sales in January 2017 on online marketplaces, the team claims to have had sales growth of 50 percent month on month Read the XYXX story here.

Varun Agarwal, who has inspired thousands of young entrepreneurs to brave their 'Anu Aunty (society)' and startup is aiming higher with his new venture. Grades Don't Matter wants to help Indians excel in alternative careers by learning from the best of the best in different fields. Read about Varun’s journey here.

As many as 30 percent of all deaths in ICUs are caused by bacterial infections picked up after successful procedures, says the WHO. Bengaluru-based startup Bugworks - founded by V Balasubramanian, Anand Anandkumar, and Santanu Datta - has renewed the fight against superbugs and is working to find solutions to put an end to nosocomial infections. Read the story here.

Entrepreneurs are turning younger every single day, it's true! Meet Tilak Mehta, a student of Class 8 at a Mumbai school, who are using the commercial capital's dabbawala network to help Mumbaikars courier documents and parcels around the city for same-day delivery at the cheapest rates. Papers N Parcels was born after Tilak took up the problem that was "waiting and wanting to be solved". Know more about Tilak here.

Your pet doesn't really have the proverbial dog's life. Not now when there's a social network that caters specifically to it. Founded by Yogendra Reddy and Govardhan Reddy, Boneafite offers an all-inclusive app for dog lovers and pet businesses. Daily users get "virtual bones" - rewards, offers and lucrative deals that they can redeem with vendors. Know more about Boneafite here.

In a world of swiping right and swiping left, compatibility seems to have been reduced to a few words and pictures. Looking at this modern-day problem, Pawan Gupta and Rahul Namdev started Betterhalf.ai. The “true-compatibility” partner search product keeps in mind five million modern independent working professionals looking for a life partner. Read how you can get your partner here.

Interest ran high when the founders of Little Eye Labs, which was acquired by Facebook in 2014, decided to start up again. Kumar Rangarajan, Giridhar Murthy and Satish Gupta decided to launch Slang Labs, a voice-to-action platform that allows app developers to add a natural voice interface to control their apps via voice commands. The decision to build for voice came with the launch of Amazon’s Alexa. Read the story here.

I like, I want, but how do I get? Social commerce app myBataz is bringing brands and consumers together to appreciate, shop, and keep up with fashion by using artificial intelligence. Founded by Sormy Curpen, the Bengaluru-based startup integrates user data and helps fashion and lifestyle brands make smarter decisions with performance marketing capabilities enabled with multiple engagement points from consumers. Read the story here.

Started as a passion project by brothers Yatin and Aman Hans in April 2016, BigSmall is a niche gifting platform. With 30K orders in six months, the bootstrapped startup claims to have seen organic growth of 150 percent, month on month. BigSmall works with suppliers from around the world and India to source products for their online gift shop. Read the story here.