Untold Lies is about living my truth without the fear of being judged, says Raga Olga D’silva 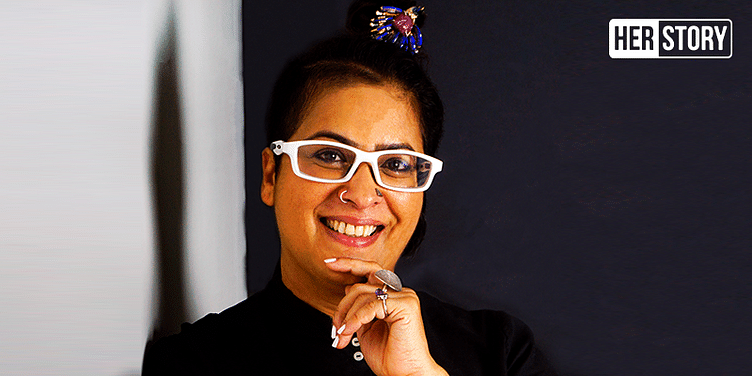 Fear meets hope in Raga Olga D’silva’s book Untold Lies – a mix of stories and poems inspired by incidents and experiences in her own life.

Raga Olga D’silva is the co-founder of Speaking Minds that engages speakers from around the world to share their insights and stories to motivate people to look at life with optimism and positivity.

In a freewheeling chat with HerStory, she tells us how after 15 years, through her book of poems, she is embracing herself wholly and shedding some of the labels she has lived with most of her life.

Putting it into words

The stories and poems in the book are inspired by Raga’s personal journey and observations of life.

“This book was within me for years. I finally gave it a serious thought at the beginning of 2019 when I decided that this would be a year of shedding and creating magic. I don’t want to take the old me into 2020,” says Raga.

With eight months of intense work and juggling other things in life, Raga says, “the book has taken a lot out of me, emotionally. I must admit that this could perhaps be termed as the coming out of the ‘third twin’.” Raga has twins.

She writes about different things she has observed in life whether it is about betrayals, human expectations, pain or hurt.

“I have written a lot about my mother and her presence and absence. Her passing had a huge impact on me.”

She says she writes when the words come to her, which means she even wakes up in the middle of the night to put down her thoughts on paper. “None of my poems for instance are thought through. The words come, I write,” she says.

The book in many ways is also a reflection of Raga’s own journey.

“We are given multiple labels throughout our lives. I have shared a couple through stories in the book. In my current situation, where I finally decided to live my truth, I have been called many things: “Oh, that lesbian”, “That gay woman who lives with a woman?”, “That lesbian who left her husband for a woman.”

After her marriage and two kids, Raga discovered that she was attracted to women but had lived in denial all her life.

“Eventually I met my current partner with whom I have been with for over 12 years and we both raised our now 21-year-old twins together. Their father and I over time made peace with my choices, and the three of us parented our children with the most love any parent could provide. I lived my life with authenticity but never really felt safe to disclose the truth, especially if I felt I would be judged. This fear eventually led to huge amount of self-doubt, self-harm, internal struggles and at times took me to very dark places.”

The book has helped her to shed many of those labels. She says,

“I am more comfortable being the person that I have always been. The journey never ends though. I know new challenges will surface from the choices I have made through this book. However, I feel rested in my soul in some ways as I made peace with so much through writing this book.”

Raga’s story is one of grit and determination. She grew up in a humble home since her father, who came from an affluent background, was ostracised for marrying her mother, who was from a middle class family. Her parents moved from Mangaluru to Mumbai. Raga says,

“We lived in a home that was a shade better than living on the streets. My father took support of alcohol to cope, and finally passed away at the age of 42, leaving very young kids and horribly sad life for his family. I was only six years old. My mother raised us as best as she could and was our pillar of strength.”

Raga was determined to get out of those trying circumstances and poverty. At 20 she got a job in Lintas and made her way up in the agency very quickly. By 28 she was the Branch Head and VP of Lintas Direct, Mumbai. In 2001, she married her best friend and moved to New Zealand.

Though she had to start from scratch, she became one of the top names in advertising in the country, and in 2007 she turned to entrepreneurship and started Global Village Limited, a company that supported companies with their market entry into India. “It was a successful enterprise. We were the finalists in the Best startup category in NZ and was awarded by the then Prime Minister of India, John Key.”

In 2010, Raga moved to India so that her children could spend time with their grandmother, and later moved to London and again returned to India.

She left home with just Rs 750 and a determination to succeed. Today, she is a successful divor...

Embracing vulnerability and sharing it

Raga’s biggest challenge so far has been embracing her own vulnerability.

“I am just who I am and refuse to change. However, exposing myself in a manner I have never expressed before (whether it was my childhood or my choices) was very challenging and I still struggle with ‘what will people think’. Particularly, as I have never sat down with my own siblings and discussed this. So, honestly, I have no idea what this will mean going forward.”

“I want the readers to believe in themselves, and that we need to live our own truth, whatever that may be. The lies destroy us inside. The truth frees us. If we stopped worrying about other people’s expectations of us, our lives would be so much more meaningful,” she adds.

Through the rollercoaster journey that has been life, Raga found strength and support from her mother, and her former husband and current partner of 12 years.

“Other than my mother, there are two people who have loved me unconditionally and without them there would be no book and no me. The father to my children who let me go when I finally shared my preference (it was not easy, but he gave me his blessings) and fought the world for me in his own way. It would not have been easy to be seen as a man whose wife left him for a woman. Him and I are very close even today.”

“And my partner of 12 years who has been like a rock. Nicola came into my life when I was fully broken. Her love and patience slowly helped me emotionally. She adopted our children (they are now 21) and has never ever made me feel anything less than I am. Today, we live our lives in the most authentic manner possible.”

With Untold Lies, Raga embraces her own vulnerability while encouraging readers to accept their own truth and vulnerabilities and not hide behind social labels.

As she says, “Love is love, whether same sex, old/young, different cultures, religious beliefs. We didn’t choose where or who we were born to, so all these fights are so superficial in a manner.”

‘He hit me, choked me, called me a fat, crazy bitch’: new book by Alisa Divine features stories...