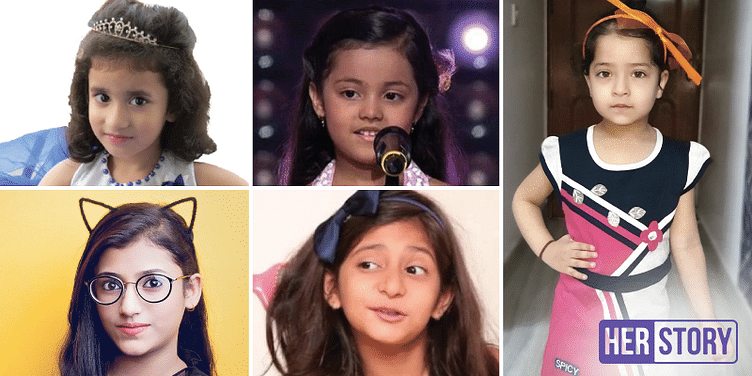 From jokes and song and dance to unboxing and other fun activities, these five children are using YouTube as a medium to have fun - and make money.

Catch ‘em young seems to be the mantra in a world filled with viral successes and instant fame. But what’s the harm in that? As long as you are having fun doing what you want to, it doesn’t matter what the medium is.

And that’s exactly what these kids are doing on YouTube. With the help of their mums or dads, they are telling stories, cooking up a storm, or simply acting goofy. They are cute and we love them for it.

It’s no wonder then, that this cuteness overload seems to have many takers and the kids (and their parents) are making a killing of it.

Remember Nihal Rajagopal (Kicha) making ‘puttu” on The Ellen DeGeneres Show? That’s how far these children can get, as they have tonnes of confidence, the right support and an audience who just can’t get enough of them. And what’s that they say? Kids say the darnedest things!

Here are five Indian YouTubers who are having a gala time on YouTube and making money out of what they love to do.

Anantya Anand comes from a family who makes a living off YouTube. Five women and four men, all cousins, make YouTube videos for a living. And Anantya is the youngest of the lot. Her channel, started for her by her mother, is called My Miss Anand and is a cute potpourri of what the 10-year-old does – from attending a friend’s birthday party, getting ready for school, her summer holiday routine, types of elder sisters, and more. You might think it’s pretty mundane, but it’s the everyday stuff that attracts people to this channel in hordes. Her channel page is owned and managed by Shruti Arjun Anand Digital Media Pvt Ltd and calls for interesting business collaborations.

Four years ago, Sania Sheikh shared a video of her four-year-old daughter Ayat Sheikh reciting capitals of countries, and the rest, as they say, is history. The eight-year-old is multi-talented and sings, dances, shares tips, and jokes on her own YouTube channel. A video of her audition for Voice India Kids became the second most-watched video on YouTube in 2016. This munchkin became so popular that she was even invited for a show in New Zealand. She is popular not just in India but also across the world.

Fourteen-year-old Samreen Ali is one of the best-known names in the business with over 1.75 million subscribers. She joined the platform in February 2016 and, since then, has made a number of humourous videos on a number of topics. A scroll through her YouTube channel will throw up videos like Funny Teacher and Student, The Indian Santa, Students in Tuition Classes, etc. that are both amusing and interesting.

You simply have to watch four-year-old Varchasvi Sharma doing the Lamberghini dance and you’ll know why kids are ruling YouTube these days. A natural on the screen, the little girl’s YouTube channel is full of cheerful videos of her dancing to her heart’s content to a number of foot-tapping songs. Then there’s also her dad and mum joining her in some videos as she unboxes gifts, talks of her first PTM experience, and plays Jenga while having the time of her life.

Five-year-old Aanya Joshi is one of the youngest YouTube stars of India. Her YouTube channel, Kids Fun Learning, started by her mother, features her in a number of videos that comprise song, dance, and other activities. Also, Aanya teaches us how to bake a simple chocolate cake. Is there anything this kid can’t do?

Once a victim of domestic abuse, this 60-year-old is now a YouTube sensation