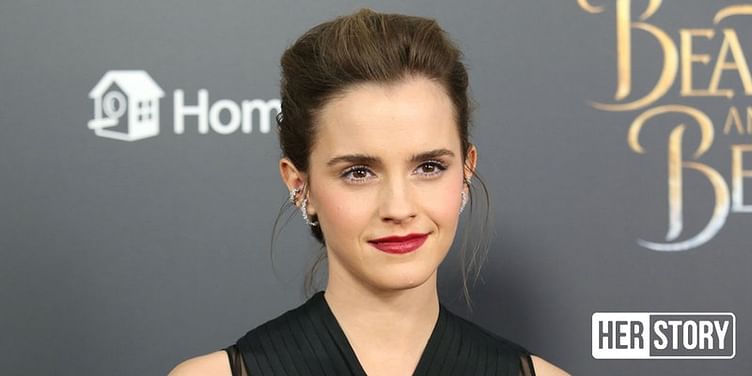 In a recent interview with British Vogue, actor Emma Watson spoke about feminism, the downsides to fame, going to therapy and more. But most conversations online seem to end at her 'self-partnership’ at 30. Here’s an in-depth look into the rest of the interview.

For a short 15 seconds towards the end of her interview with British Vogue, Emma Watson said,

“I never believed the whole ‘I’m happy single’ spiel. It took me a long time. But I’m very happy; I call it being self-partnered.”

For the remainder of the video, she spoke about a variety of things and experiences she’s had throughout her life:

Seeking Gloria Steinem's advice about feminist activism and relearning history from a different perspective, talking about how fame affected her as a child when she played Hermione Granger in the Harry Potter movie series and feeling guilty for being unhappy, and so much more.

Despite Emma diving deep into some of the most pressing issues, people across social media seem to be hooked on to the part of the interview where she spoke about not having a boyfriend or husband, and being ‘self-partnered’.

Adding to the hullabaloo, the interview too is conveniently titled “Emma Watson Talks Turning 30, Working With Meryl Streep, And Being Happily Single”.

Is this yet another instance of people only being interested in female celebrities' relationship status, and the details about their personal lives?

It wouldn’t be a shocker, since there’s no dearth of headlines that focus only on their dating lives, choice of clothing, and whether or not they look camera-ready.

It’s time we realise that public figures, especially women, are real, human, and can make meaningful contributions to the world.

She has been open to introspection

When Emma was appointed as the UN Women Goodwill Ambassador, she felt unworthy and not informed-enough. While she could have brushed it off and started tooting her own horn, she wanted to learn more about it.

"I did this speech for the UN - for this campaign that we launched, called #HeForShe, and I had a massive case of the imposter syndrome and it hit hard," she recalls.

Realising she needed to learn the ropes from people with more experience with feminist activism, Emma decided to approach Gloria Steinem, an icon who rose to public recognition when she became a spokeswoman for the American feminist movement in the late 1960s and early 1970s.

Continuing the conversation about feminism, she speaks about receiving criticism about ‘white feminism,’ which is the form of the movement where white women address only the things that affect them, and disregard other kinds of oppression women around the world go through.

“I got some useful critical feedback that I wouldn’t have heard if I hadn’t been engaging in that way and space. And I saw the ‘white feminism’ coming up again and again, and I was like, ‘this is something I have to meaningfully engage with, I have to understand it better,’” Emma explains.

The journey towards introspection, according to Emma, began when she started going to university in the United States.

“To sit in another country and hear your history told differently to how you have been taught it at home - it was the first time I had a first-hand experience of realising that history is genuinely told from the perspective of whom it’s told by,” she says.

She goes on to talk about the book ‘Why I’m No Longer Talking To White People About Race’ by author and journalist Reni Eddo-Lodge, from which the biggest lesson she took home was, “the desperate need to reform our education system in the UK and the way we tell the story of how we have been involved in foreign affairs, in our relationship to slavery - which we never talk about, and it’s not okay.”

Having previously considered herself very well-read, with a prestigious university degree, learning about different perspectives pushed her towards a course of correction and critical analysis. She says,

“What I’ve learnt, who I’ve read, why I’ve been told to read it, who’s been included, who hasn’t, whose voices are missing - it was an awakening.”

She goes the extra mile

Many celebrities often have successful careers even if they don't care to speak up about pressing issues, or aren't well-informed.

But Emma, as host Paris Lees says, devotes so much time and energy, and strives to make a difference.

On why she goes the extra mile to actively participate in the discourse about things like feminism and LGBTQ+ rights, Emma says,

"I think I've always been this way. Without this part, it's got to the point where it renders everything else that I do meaningless. It just feels empty otherwise. I feel uncomfortable taking up as much space as I am and not speaking about any of this stuff. It just doesn't feel right."

She feels that being an optimist at heart is essential to being an activist, and that being around other artists, creating space, and bringing people together has helped her greatly, over the past six months.

She admits to dealing with pressure

Emma Watson has been in the limelight ever since her debut as Hermione Granger in Harry Potter and the Philosopher’s Stone. From the age of nine, all the way up to nearly 30, she has been in the film industry, among paparazzi and fans, with very less time to herself.

This much public exposure from such a young age is bound to have taken a toll. On the pressure she has felt, and how she overcomes it, she says,

“I’ve sat in therapy and felt really guilty about, ‘Why me? Somebody else would have wanted and enjoyed this aspect of it more than I did.’ I’ve wrestled a lot with the guilt around that.”

There have been moments when everything got so big, I felt disconnected. And part of my sense of peace within myself has been in remembering my identity as someone’s daughter, a sister, belonging to a family, having roots”.

She advocates for the rights of transgender people

Paris Lees, the host of the interview, is a trans woman, who shared the anxieties she faces and has faced throughout her life because of her identity. Empathising with her, Emma talks about a six-year-old trans child that she knows and cares about, and how she’s so afraid about what they might go through, and just wanting basic rights for them.

On being asked about what she would say to people being uncomfortable sharing a bathroom with a trans person, Emma says,

“I understand fearing what you don’t know. But go and speak and learn, and look into the eyes of someone who’s had this experience, and tell me after you’ve done that, that you do not see or feel their humanity, or understand their story - that there’s any part of you that feels that it’s okay to make that person not feel included.”

“You might not have experienced this in this specific way, but you will have experienced it in your life in some way, and you will know how that’ll make you feel. Do you want to perpetuate that, and make somebody else feel that horrible feeling of someone telling you that you’re not welcome, you don’t belong, you’re not included, we don’t want you here?” she adds.

Her role as Meg March in the new Little Women movie

Emma recalls watching the older Little Women movies as a child, and feels that the author of the book, Louisa May Alcott, put a little bit of herself into all of the sisters. She says this was a clever way and good literary device to explain that there’s not just one way to be a feminist.

Speaking about the character that she plays in the upcoming Little Women movie - Meg March - she says,

“With Meg’s character, her way of being a feminist is making the choice to be a full time mother and wife. She loves her home, and loves creating spaces and environments that are beautiful, homely and loving, and Meg’s gift is that she holds space beautifully, poignantly, profoundly, and with so much love.”

She also talks about working with actors Meryl Streep and Laura Dern, whom she had already met before coming together for the movie. The three of them met in activist spaces, and had an added sense of solidarity of being actors who take part in activism.

The global impact she has

In 2015, when Emma was interviewing Malala Yousafzai, she was told by Malala that one of the reasons she wanted to identify with feminism, was because of her speech at the UN. Speaking about this interaction, Emma simply says,

“If Malala can be affected by what I’m doing or what I’ve said, that’s about as meaningful as it gets.”

Emma also mentions meeting a young girl from India who lives in an ashram, and follows the actor on Instagram.

“She was like, ‘Every time I see you doing what you’re doing, I just want you to know that there’s a girl in an ashram in India who’s rooting for you. I have moments where I just want to delete my Instagram account, but then I think about her, and I’m like, ‘No, that’s meaningful.’”

So, there we have it. Emma Watson may be ‘self-partnered,’ she’s so much more, too.

5 books on feminism Emma Watson wants you to read

‘A person can change his future by merely changing his attitude.’ Oprah Winfrey’s 20 best inspirational quotes