2019 saw some of the most powerful posts on social media, and many of them were by women. Take a look at our top 10 picks for the year.

Over the past decade, social media has evolved into a place where people create conversations about burning issues around the world, seek support, and inspire different audiences.

In 2019, women have been championing several movements, like body positivity, mental health, LGBTQ+ rights, feminism, climate change, and much more.

From sharing their personal stories, to raising awareness about the things that matter, there have been many social media posts by them that have made a huge impact.

Here are 10 social media posts by women in 2019 that made an impact.

Sixteen-year-old Greta Thunberg has been spearheading the environmental movement this year, inspiring millions of young people around the world. Activists have been taking to the streets, urging others to take the climate change crisis seriously, and asking their governments to take action.

She gained further recognition for her speech at the UN General Assembly, where she pointed out that this generation of young people has been left with the total responsibility of restoring the environment because of money-hungry corporates.

Her bold remark during the speech, “How dare you!” has resonated with many across the globe.

"You look mighty big on TV!"

That's what a complete stranger just said to me.

FYI - journalists are not models... And I can assure you, none of us want to hear your opinions on our bodies.

WE ARE NOT YOUR EYE CANDY. pic.twitter.com/TbDwCTSb6P

On November 3, WREG-TV reporter Nina Harrelson took to Twitter to talk about being body-shamed for the way she looks on television.

She spoke about a stranger who made the nasty comment towards her, "You look mighty big on TV!" She responded to this by saying that journalists are not models, and that none of them appreciate somebody else's opinions on their bodies.

She added she has developed a thick skin over the years, but feels sorry for the younger women entering the news industry who are likely to experience similar situations – ones, "which their male colleagues will almost certainly never face."

Don't make distinctions between "brutal rape" and "rape". All rape is brutal. Stop setting disturbingly high standards for what should shake the nation's conscience. If your conscience was shaken for every rape every day in India, it wouldn't be such a commonplace crime by now.

Following the recent increase in the number of rapes reported in India, there have been several conversations involving victim-blaming, normalising rape, and holding certain victims to double standards.

Radhika Radhakrishnan, the Programme Officer at Centre for Internet and Society (CIS), and former Gender Consultant with the United Nations IGF has taken to Twitter to express her outrage against those perpetrating such toxic discussions.

Trans visibility may be on the up, but visibility doesn't keep us safe. Laws, jobs, healthcare, homes and services do. Yet worldwide transphobia is restricting our access to all five.

Transgender people face discrimination almost everywhere they go, from the streets, to the workplaces, hospitals and more.

There has also unfortunately been an increase in the number of transgender people killed due to acts of transphobic violence this year.

British model and trans rights activist Munroe Bergdorf used Twitter to call out people perpetrating violence against transgender people, and brought attention to the realities of most in the community who find it difficult to survive in society today.

I was the runt at school, terrible at sports and had a hole in the heart. About to turn 39, a year into powerlifting and I won best female lifter at my comp. This is the only lift I failed - a 130kg deadlift - but it taught me to fight & never give up. It’s never too late. pic.twitter.com/wxCb0RBvGR

Fitness is something one can only achieve through determination and following a routine. But given the changing lifestyles of people today, many don't have the time to squeeze that extra hour at the gym.

Poorna Bell is an award-winning journalist who claims she was never good at sports as a child, and had complications with her heart. Today, with grit and drive, the 39-year-old powerlifter is on her way to greater successes.

My girlfriends are always there to lift me up and affirm who I am. On #BestFriendsDay, I want each of them to know that they are what keeps me centered through the ups and downs of life.

Today, make sure your friends know what they mean to you!

Going through life alone can get challenging. Having a few best friends to rely on when things get rough, or to celebrate the good moments with, is important.

Author and former First Lady of the United States Michelle Obama tweeted about the importance of having good friends to keep herself grounded through thick and thin.

People often tend to doubt the abilities and competence of the younger generation, especially women, and women of colour. In the United States, people of colour have been living on the margins and trying to fight to be seen and respected for centuries.

Alexandria Ocasio-Cortez, who has Latina heritage, serves as the US Representative for New York's 14th congressional district. In a post on Instagram about her TIME Magazine cover, she talks about the challenges she has faced, and how she has overcome them today.

how do we do this?
- for you, use your voice. speak up. be brave
- for other women, uplift your sisters
- for men, give us the space to talk (and sometimes that means you just have to be quiet)https://t.co/YAWmsIz62u

Female employees are often undermined and paid comparatively lesser than their male counterparts although they put in the same amount of work.

Women are also less likely to climb the ladder to take up decision-making roles because of other occupations like taking care of their homes and raising a family.

Reshma Saujani, the Founder and CEO of Girls Who Code tweeted about how people can work together and use their voices to close the gender gap, wage gap, and leadership gap at the workplace.

Earlier this year, sprinter Dutee Chand came out as gay, and revealed she is in a relationship with a woman from her village.

While Dutee did face rejection from people in her village and some backlash from the general public, she has also received a lot of love and support from many others.

The sports star was recently featured on the cover of Vogue India, making her the first Odia woman and first openly gay Indian athlete to be on the cover.

The world’s reaction was as humbling as its views. Inspired that a day doing our job could mean the honor of conducting the first #AllWomanSpacewalk, here is a glimpse of that moment and what it meant to us.https://t.co/F68YBtfXQF pic.twitter.com/1fbmFuQrC3

On October 18, astronauts Christina Koch and Jessica Meir embarked on NASA's first-ever all woman spacewalk. The duo set out to repair a power unit that failed on the International Space Station (ISS) a week prior.

Earlier in November, Koch tweeted a short video showcasing the spacewalk which made history.

Top 35 stories on HerStory that our readers loved in 2019 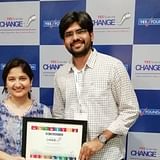 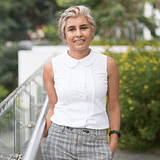 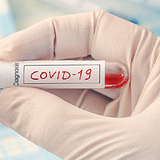 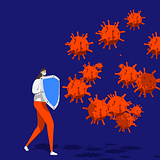 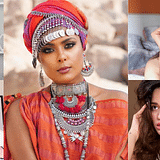 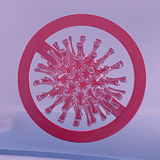