As the year draws to a close, it’s time to look back at the stories that inspired and motivated us and thousands of our readers. Here’s a roundup of the 10 best-of-the-best HerStory pieces of 2019.

Over the course of the last one year, we have featured hundreds of stories of women, their struggles, and achievements on the HerStory platform, with the belief that they will inspire, encourage, and create an impact.

Every story is special and dear to us. For every woman’s struggle mirrors something in our lives and gives us reason to celebrate – strength, hope, belief, and the ability to stand tall despite the challenges in our path.

Among these hundreds of stories, there are many that have touched both our hearts and souls. They are deeply personal, carry many lessons we can learn from, and have touched our lives in ways more than one.

Here’s a roundup of the top such stories:

Twenty-nine-year-old Dhanya Ravi suffers from osteogenesis imperfecta (OI), commonly known as brittle bone disease, a rare genetic disorder. She’s has more fractures than the number of bones in her body. Dhanya did not let the disease affect her enthusiasm to learn and give back to society. She has played a major role in creating awareness about the disease through public speaking, news shows, and TV interviews. She also advocates for mandatory genetic testing of all pregnant woman and also for early diagnosis to facilitate rehabilitation. She also works as a freelance content writer, digital marketer, and columnist for both online and offline media.

This woman has faced a series of challenges to be where she is now: CEO and Founder of Chennai-based School of Success that has provided training to children, teachers, and corporate organisations. Deepa found success at 22 with an event management company, but her business partner cheated her and she became bankrupt at 24. At the time, she hardly had any milk to feed her child. She started telling stories and selling balloons on a Chennai beach, from where her entrepreneurship zeal took off. With her second innings, School of Success, she hopes to change a million lives.

Gunavathy Chandrasekharan was just one-and-half-years old when she was stricken by polio. She lost most of the movement in her legs, and today, cannot move more than 20 feet without anyone’s help. While the disability may have affected her physically, Gunavathy’s determination and innate confidence shone through. Her enterprise, Guna’s Quilling, which she founded in 2013, showcases the finest products, handcrafted by her along with four other women, at exhibitions throughout India and earns around Rs 80,000 at a single stall. Gunavathy has won District and State Awards in the Art & Craft Category. She also visits schools and colleges in Tamil Nadu to motivate students to work hard towards what they are passionate about.

Romita Ghosh – Accessible healthcare for all

Romita Ghosh was diagnosed with blood cancer when she was just 13 years old. During her treatment process, she saw many patients coping with the mental and physical struggles battling different disease. This left a deep impression on her young psyche. She became a healthcare entrepreneur with two startups, Admirus and MedSamaan. The latter is an online platform featuring the latest medical devices from domestic and overseas manufacturers, sourced and supplied after stringent quality control. It focuses on disposables, consumables, wound care, ortho support aids, infection management, and various point-of-care medical devices and supplies. The price of products ranges from Rs 100-50,000.

Aloma Lobo – Love is all we need

On a chance visit to an adoption centre 18 years ago, Dr Aloma Lobo and her husband David came to know of a tiny infant abandoned because of a genetic disorder. Wrapped in a white sheet, the two-week-old girl was unlike any newborn the couple had seen. The skin on her tiny body appeared dry and scaly and she had no eyelids due to a rare genetic condition called Icthyosis. They decided to take little Nisha home as their child, even though they already had four grownup children of their own. Nisha’s story came into the spotlight when she was featured in an advertisement by Procter & Gamble’s product Vicks. Titled “touch of care”, the video captures the joy of adoption.

Aloma Lobo shows us how a mother’s love is unconditional

Paromita Gupta grew up bald because of a condition called alopecia, which leads to rapid hairfall. She was bullied throughout school, and even locked up in the bathroom with both children and adults being mean to her on more than one occasion. After completing her master’s degree in English literature and a course in publishing, Paromita moved to Bengaluru for an internship, where she also had her first proper haircut at a salon. Currently, Paromita heads marketing initiatives at the CoWrks Foundry, CoWrks’ business accelerator for early-stage startups building solutions in healthcare, urban tech, enterprise tech, and social enterprise.

Bald and badass: how Paromita Gupta is owning alopecia

Vandana Shah was pushed out of her marital home by her in-laws at the unearthly hour of 2 am. She had just Rs 750 in her pocket and nowhere to go. When she walked out, she promised herself that she would someday, amount to something in life. At the age of 28, she studied law and has, since then, helped change thousands of lives as a divorce lawyer. Vandana has also set up India’s first non-judgmental divorce support group for those going through a divorce, challenging a patriarchal middle-class society that has different rules for women. The Mumbai-based lawyer also claims to have launched the world’s and India’s first legal app, DivorceKart, that aims to answer all legal queries regarding divorce instantly.

She left home with just Rs 750 and a determination to succeed. Today, she is a successful divorce lawyer: the story of Vandana Shah

Rekha Karthikeyan – The calling of the deep seas

Thirty-nine-year-old Rekha Karthikeyan is India’s first and only fisherwoman who has a licence from the Central Marine Fisheries Research Institute (CMFRI) for deep sea fishing. Hailing from Chettuva from Thrissur district in Kerala, Rekha started to accompany her husband Karthikeyan into the sea to help him and also supplement the family income. Initially she did not know how to swim and was seasick most of the time. But her determination to provide a good life to her four daughters kept her going. After becoming the first licensed fisherwoman, Rekha began to receive a lot of media attention. She received several prestigious awards, including the Kairali People TV’s Jwala Award from film actor Mammootty.

When Anmol Rodriguez was two months old, her father threw acid at her mother. Her mother died from the burns and Anmol, who was on her lap, was left with a disfigured face, permanent scars, and nowhere to go. Anmol was raised at Shree Manav Seva Sangh orphanage in Mumbai where she received quality education and care without any discrimination. She completed her bachelor’s in computer applications and was selected to work for a private company. She was fired because the management felt that her face invited a lot of attention. Today, she works for an organisation called Kineer that works towards LGTBQ rights. Anmol was recently selected to be the face of Clovia’s recently launched line of nightwear and is hoping to work with other brands as well.

Burnt as a baby, this acid attack survivor is now a fashion model

Devika Malik – A leading voice for the disabled

Devika Malik was born a premature baby with acute neonatal jaundice and hemiplegia, and was paralysed on one side of the body. Her disability did not stop her from becoming an international para-athlete. In five years, she won eight national and three international medals in para-athletics. Devika co-founded the Wheeling Happiness Foundation in 2014 to support and enable people with disability in sports. It provides access to sports equipment, and helps people with disability overcome challenges, including emotional, social, and financial problems. For her efforts, Devika received recognition from Prime Minister Narendra Modi, and was awarded the Queen’s Young Leader Award by Queen Elizabeth II at Buckingham Palace in London in 2015.

How Devika Malik is overcoming disability and wheeling happiness for others 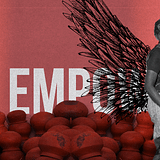