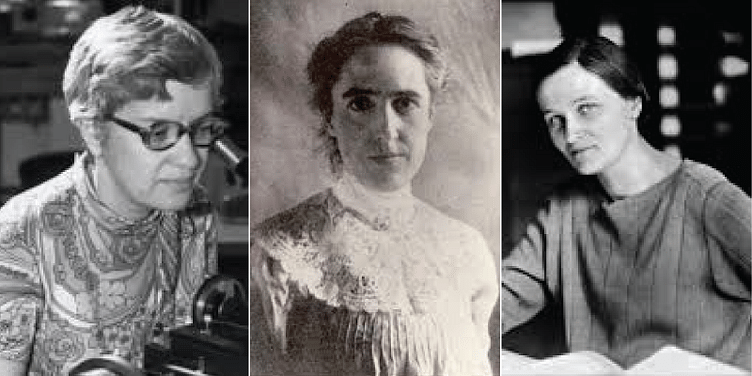 This is the story of three remarkable women astronomers and cosmologists who should have surely won the Nobel Prize but did not.

Today everyone knows of the ‘Big Bang’ and the origins of the Universe. Stephen Hawking immortalised the early moments of the universe and the history of ‘time’ in some of his books, the most famous one being, ‘A Brief History of Time’.

Almost everyone familiar with popular science knows that the age of the universe is around 13.7 billion years. They also know about the ‘background radiation’ which is a relic of the Big Bang. But all this was possible because Edwin Hubble through his observations concluded that the universe was expanding and the galaxies were racing away from one another.

The more distant a galaxy, the faster it was receding and the obvious conclusion was that at some point in time they were all together and evolved from a point in the form of a Big Bang.

And Hubble could do this because one incredible woman, Henrietta Leavitt, who was hearing impaired, figured out a way to compute the distances to distant galaxies.

She did this by painstakingly analysing thousands of photographic plates from different observatories of a certain category of stars called ‘Cepheid Variables’ and discovered some patterns by which distances to galaxies could be computed accurately.

Hubble had said that she deserved the Nobel Prize for her work. She never got her due during her lifetime. The Swedish Academy of Sciences, tried to nominate her for that prize in 1924, only to learn that she had died of cancer three years earlier. This is what her friend had written in her obituary, “She had the happy, joyful faculty of appreciating all that was worthy and lovable in others, and was possessed of a nature so full of sunshine that, to her, all of life became beautiful and full of meaning.”

Cecilia Payne was the other woman physicist who proposed in her doctoral thesis in 1925 that the sun was composed largely of Hydrogen and Helium. However, when Payne's dissertation was reviewed, astronomer Henry Norris Russell, who stood by the theories of American physicist Henry Rowland, dissuaded her from concluding that the composition of the sun was predominantly hydrogen because it would contradict the current scientific consensus that the elemental composition of the sun and the earth were similar.

She was forced to acknowledge that her results were wrong. Russell himself later realised she was correct when he derived the same results by different means. In 1929, he published his findings in a paper that acknowledged Payne's earlier work and discovery; nevertheless, he is often credited for the conclusions she reached.

Cecilia was an Englishwoman. She completed her studies, but was not awarded a degree because of her sex; Cambridge did not grant degrees to women until 1948!

Realising that her only career option in the UK was to become a teacher, she migrated to the United States. The trail she blazed into the largely male-dominated scientific community was an inspiration to many. For example, she became a role model for astrophysicist Joan Feynman.

Payne spoke of her lifelong passion for research: “The reward of the young scientist is the emotional thrill of being the first person in the history of the world to see something or understand something. Nothing can compare with that experience.”

The last of the three women was Vera Rubin. She was the first to postulate the idea of ‘dark matter’.

Now dark matter is in the realm of popular science though scientists are still not in agreement on what exactly are dark matter and dark energy.

In her study on galactic rotations she discovered that they rotated at a pace much faster than could be balanced by the gravitational pull between the stars in the galaxies. She then postulated the existence of dark matter. This information and the data she discovered was immensely controversial.

She fought to present her work, and on a cold and snowy winter evening in Boston a pregnant Vera was driven by her father to the American Astronomical Society. She was summarily rejected and the paper forgotten. There was not a single woman in the audience. Throughout her graduate studies, she experienced discouraging sexism, including an incident where she was not allowed to meet with her advisor in his office, because women were not allowed in that area of the university.

Science and Technology (STEM) have predominantly been male bastions. Things are changing but the change has not gathered sufficient momentum to breach the tipping point. If we all contribute our bit, this tipping point would be achieved sooner.

Do festive celebrations take a toll on the mental health of women?