Women's Day: Why it is important to invest in self-defence for women’s safety 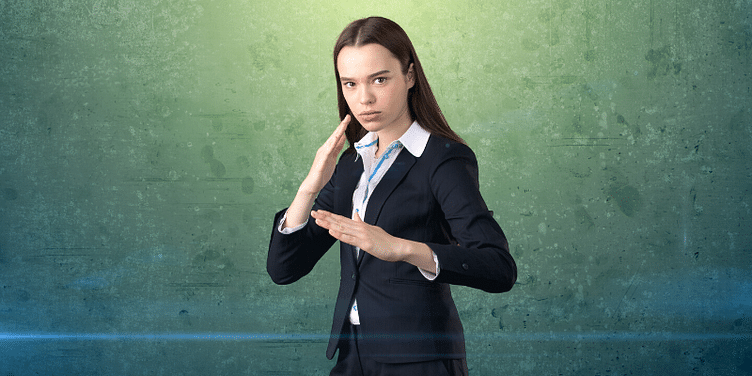 On the occasion of International Women’s Day, it is important to set the safety of women as one of the topmost priorities and spread awareness on mediums for self-defence and education.

It is easy to turn Women's Day into a holiday that feeds into the gifting industrial complex while brushing aside some alarming statistics that stare at us regarding women’s safety.

According to the National Crime Records Bureau, in 2011, there were more than 228,650 reported incidents of crime against women, while in 2015, there were over 300,000 reported incidents, which is a rise of 44 percent. Even though India has all the necessary laws to punish and prevent crimes against women like the Criminal Law (Amendment), Act 2013, which was enacted for effective deterrence against sexual offenses, the number of crimes against women is increasing by the minute.

While authorities are doing their bit, with emergency response systems for times of distress, sexual crimes against women are common. As a society we need to grasp the immediate method to empower women with better tools and support systems.

Rethinking the challenge of women’s safety

The Constitution states that every person is equal before the law and this needs to be reflected in practice. Women and girls should be aware of their rights and be encouraged to pursue education, thereby becoming independent through employment. Corporates play an important role in being the key job creators in the economy.

Businesses need to follow an equal pay strategy and hire more women, thus bringing a balance in the workspace. This would inspire more women to join mainstream private-sector jobs, prepare for government sector examinations, become doctors, engineers, bankers, etc. Additionally, corporates should introduce special training sessions on self-defence to new joinees and provide them with kits making them aware of the hostile situations that may come up.

29 percent of Indians feel women's safety should be focus of 2020: survey

Having said that, the responsibility for the safety of women is also in their own hands. Joining a self-defence class, exercising regularly, and keeping themselves armed with safety devices will help anyone be ready and

It will bode well if all institutions across the nation adopt an education system that makes girls emotionally and physically confident to stand up for themselves.

Today, as crime rates rise, women must know how they can stay safe by using self-defence equipment. It is also necessary to take preventive actions to avoid getting into any danger, such as knowing about the route if going to an unfamiliar place, waiting in crowded and in illuminated areas, sharing location and number plate details of a cab or auto, being confident and talking loud when confronted by any miscreant in public areas, and shouting for help if situation requires.

The government also needs to make sure that colleges, schools, libraries, roads, stations, bus stops, petrol pumps, and public toilets should be brightly lit. CCTV cameras must be installed in every possible corner and cities should provide proper policing, especially at night.

Be confident while protecting yourself

Along with mental confidence and physical strength, women should be encouraged to carry more than one self-defence device. Law enforcement officers generally carry more than one weapon, as not every self-defence device is right for every situation. Pepper spray is a powerful self-defence tool, causing temporary blindness and respiratory difficulty, but if it is used in windy conditions the target risks exposing herself. At such a moment, a stun gun would be the weapon of choice.

While traveling at night, corporate firms should make sure of the safe transit of women in cabs. Cameras, safety devices, and panic buttons should be installed in all vehicles.

Tools such as mini GPS tracker with SOS buttons, vehicle trackers with IoT devices can be very important as it can trace a person’s location and send alarm signals to the people she wants to reach out to in case of any emergency. Something like a BASU eAlarm can be useful in a crowded place. When the alarm is triggered, a loud 120-decibel alarm sounds alerting the person of potential thieves or molesters around.

Stun guns with a flashlight or pepper spray are the most convenient tools that can give women time to escape while incapacitating the assailant. The use of equipment like expandable batons and paracord bracelets require training. Women can attend sessions and learn to use these gadgets from an expert. Striking tools like kitty knuckles are non-lethal options that can cause pain and disorientation, thus allowing the victim to escape. These affordable and convenient precautionary items can help any woman buy time and tackle situations effectively. However, it is crucial to remember that these steps will only work when women are strong-headed and confident in themselves when it comes to confronting an assailant.

How to make society safer?

Education begins at home. If the society has to change then parents must teach boys about mutual respect for all irrespective of their sex, caste, socio-economic status, religion, region, and educational status. These core values when properly ingrained in young minds from an early age will help lay a strong foundation for a gender-equal society.

Sex education must also not be seen as a taboo, rather a method of proper character building. Imparting knowledge on sex and sexuality and teaching teenagers about their biological, cognitive, and emotional needs is key to promote a holistic development.

There is an urgent need for the education system of the country to incorporate classes on self-defence and sessions on improving the mental capability of young girls, teaching them to focus on the situation, act smartly, and get out unharmed. Women should also invest energy in learning about self-defence gadgets and keeping them handy. Create awareness among peer groups to carry them whenever they are leaving the house will go a long way too.